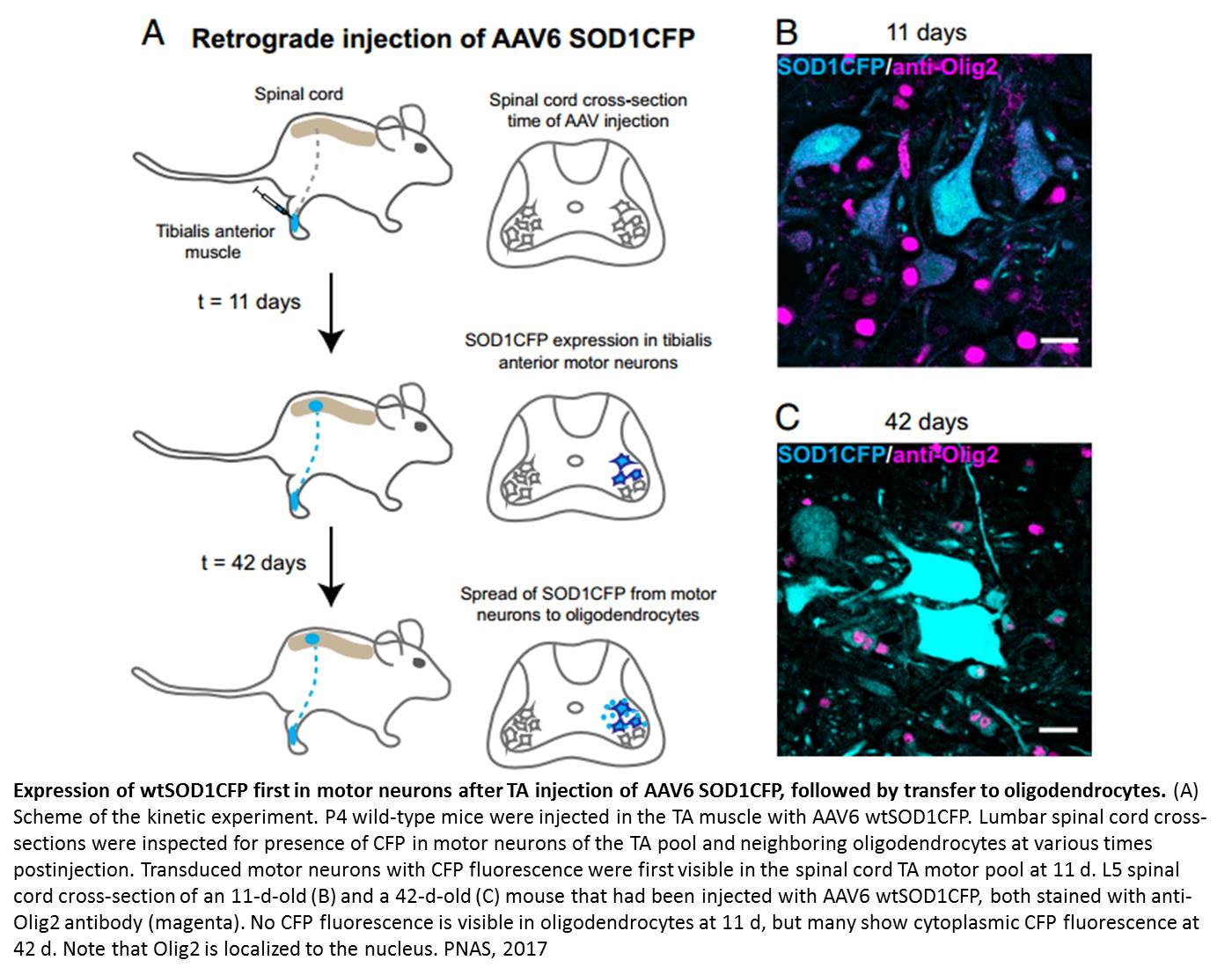 The authors found that this strain exhibited robust transfer of the EGFP protein to mito-mCherry neurons, suggesting that nonpathogenic cytosolic proteins might be capable of transfer between spinal cord neurons. Moreover, both the SOD1 and EGFP models exhibited fluorescence in oligodendrocytes, located near the motor neurons.

According to the authors, the findings suggest that oligodendrocytes might mediate protein transfer between motor neurons.