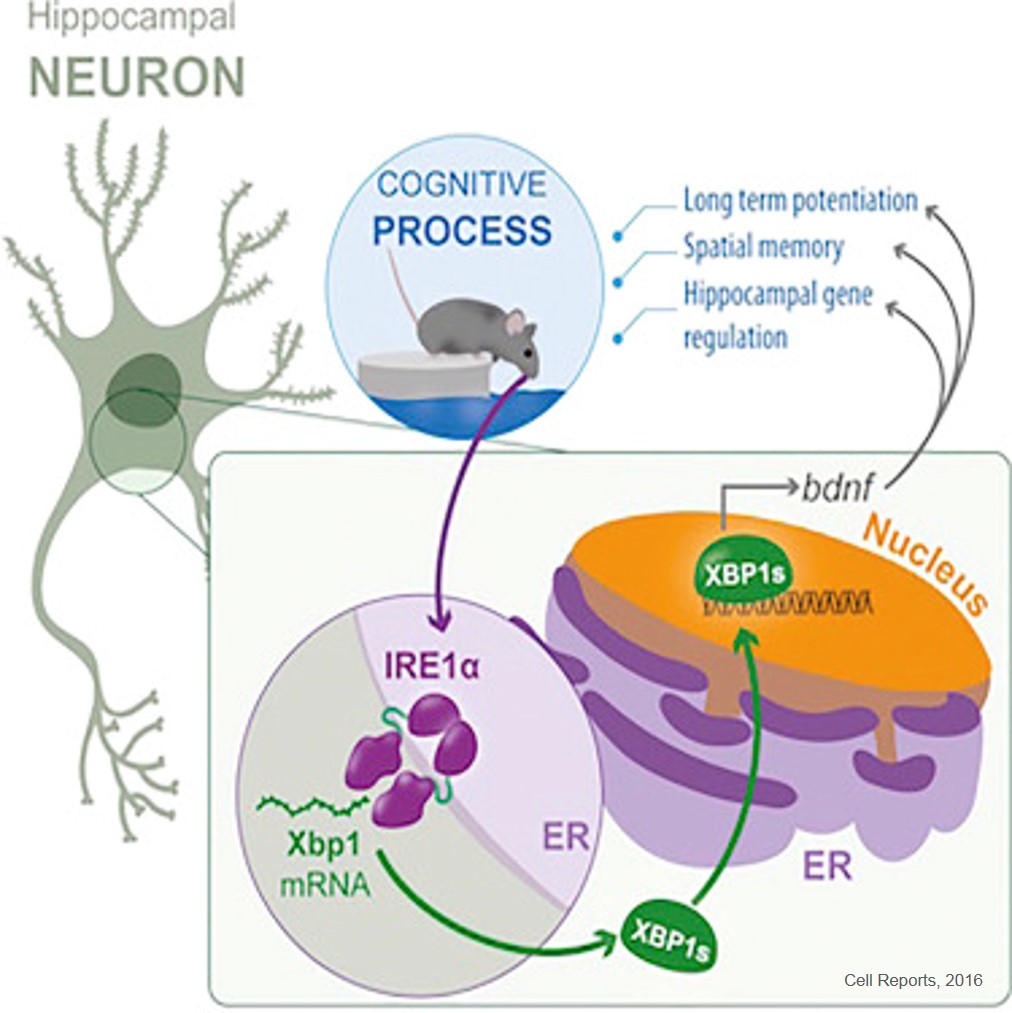 The basic region/leucine zipper transcription factor X-box binding protein-1 (XBP1) is a third member of the CREB family that binds to CRE (cAMP-responsive element)-like sequences in target genes containing unfolded protein response elements (UPRE). Although it is best known as a key regulator of the UPR downstream of the ER stress sensor IRE1a, XBP1 also drives gene expression programs that are not directly connected with cellular stress.

IRE1a is a kinase and endonuclease protein that catalyzes the unconventional splicing of Xbp1 mRNA, introducing a frameshift that leads to the production of a transcriptionally active form of XBP1, termed XBP1s. XBP1s expression is essential for maintaining the function of specialized secretory cells and tissues (i.e., B cells, exocrine and endocrine pancreas, and salivary glands) by controlling the expression of a cluster of genes involved in protein folding, secretion, lipid biosynthesis, and ER-associated protein degradation.

Although extensive studies associate the UPR and XBP1 with brain diseases, the possible involvement of the pathway in the normal physiology of the nervous system remains mostly unexplored. Interestingly, genomic screens have identified a polymorphism in the XBP1 promoter as a risk factor for Alzheimer’s disease, bipolar disorder, and schizophrenia in certain human populations, suggesting that XBP1 may modulate cognitive processes.

In support of this hypothesis, Xbp1 mRNA appears to be upregulated in animals exposed to enriched environments, and Xbp1 mRNA splicing is activated locally in neurites in response to brain-derived neurotrophic factor (BDNF) treatment, enhancing neurite outgrowth in vitro. Neuronal function involves different functional aspects of the secretory pathway, including synthesis and trafficking of various plasma membrane receptors and ion channels, engagement of ER calcium signaling, synthesis of membranes, and assembly of protein complexes.

Consequently, it is possible to speculate that components of the UPR might play an important role in brain function through classical ER stress outputs. In this study published in Cell Reports, authors used a phenotypic screen, and uncovered an unexpected function of XBP1 in cognition and behavior.

Gene expression analysis revealed that XBP1 regulates a group of memory-related genes, highlighting brain-derived neurotrophic factor (BDNF), a key component in memory consolidation. Overexpression of BDNF in the hippocampus reversed the XBP1-deficient phenotype. Our study revealed an unanticipated function of XBP1 in cognitive processes that is apparently unrelated to its role in ER stress. Linking energy demand of the brain in children to obesity risk