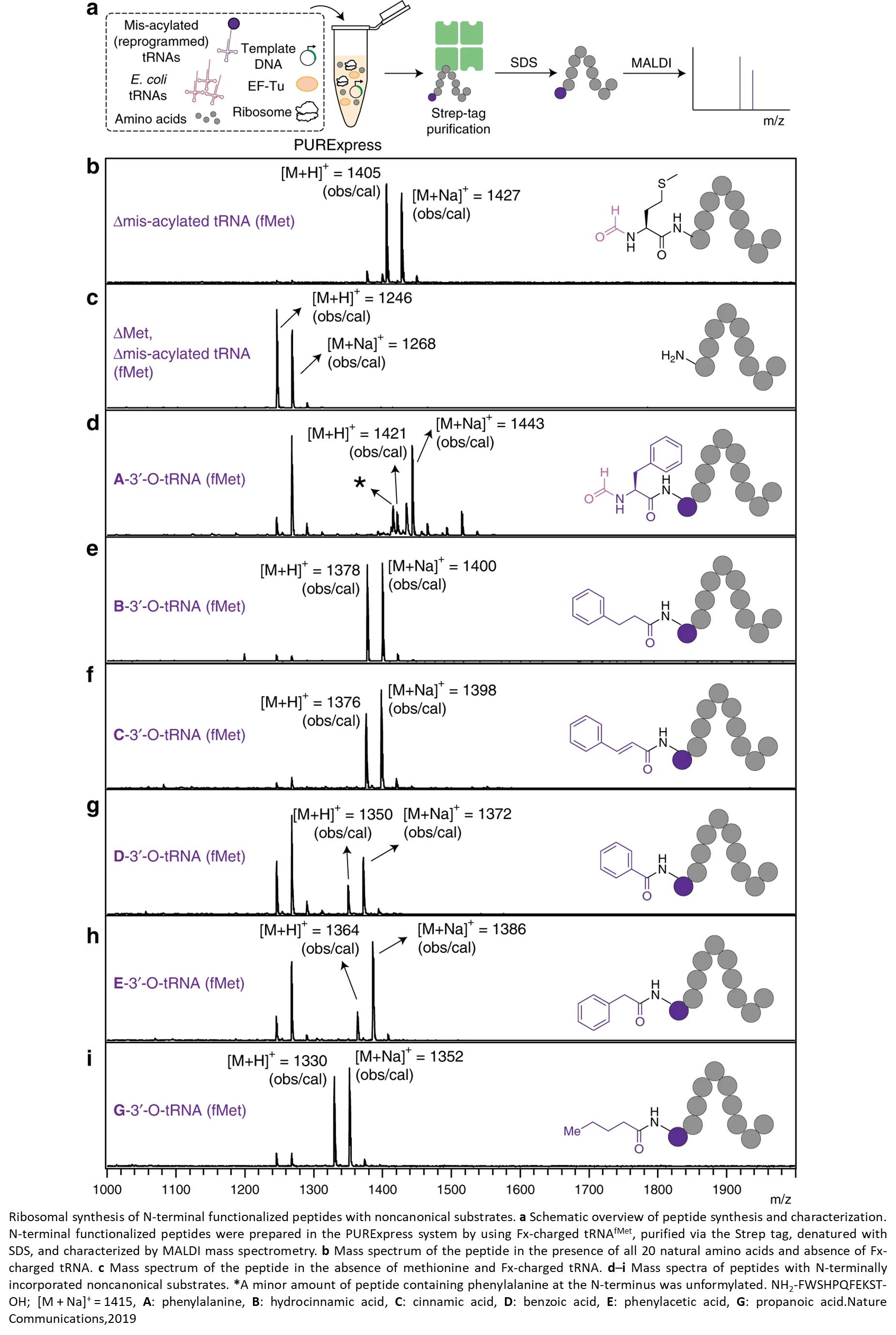 Synthetic biologists working on a U.S. Army project have developed a process that could lead to a new class of synthetic polymers that may create new high-performance materials and therapeutics for Soldiers.

Nature Communications published research conducted by Army-funded researchers, who developed a set of design rules to guide how ribosomes, a cell structure that makes protein, can incorporate new kinds of monomers, which can be bonded with identical molecules to form polymers.

"These findings are an exciting step forward to achieving sequence-defined synthetic polymers, which has been a grand challenge in the field of polymer chemistry," said the program manager. "The ability to harness and adapt cellular machinery to produce non-biological polymers would, in essence, bring synthetic materials into the realm of biological functions. This could render advanced, high-performance materials such as nanoelectronics, self-healing materials, and other materials of interest for the Army."

Biological polymers such as DNA, have precise building block sequences that provide for a variety of advanced functions such as information storage and self-replication. This project looked at how to re-engineer biological machinery to allow it to work with non-biological building blocks that would offer a route to creating synthetic polymers with the precision of biology.

"These new synthetic polymers may enable the development of advanced personal protective gear, sophisticated electronics, fuel cells, advanced solar cells and nanofabrication, which are all key to the protection and performance of Soldiers," the author said.

"We set out to expand the range of ribosomal monomers for protein synthesis to enable new directions in biomanufacturing," said the senior author. "What's so exciting is that we learned the ribosome can accommodate more kinds of monomers than we expected, which sets the stage for using the ribosome as a general machine to create classes of materials and medicines that haven't been synthesized before."

Recombinant protein production by the ribosome has transformed the lives of millions of people through the synthesis of biopharmaceuticals, like insulin, and industrial enzymes that are used in laundry detergents. In nature, however, the ribosome only incorporates natural amino acid monomers into protein polymers.

To expand the repertoire of monomers used by the ribosome, the team set out to identify design rules for linking monomers to Transfer ribonucleic acid, known as tRNAs. That is because getting the ribosome to use a new monomer is not as simple as introducing a new monomer to the ribosome. The monomers must be attached to tRNAs, which are the molecules that carry them into the ribosome. Many current processes for attaching monomers to tRNAs are difficult and time-consuming, but a relatively new process called flexizyme enables easier and more flexible attachment of monomers.

To develop the design rules for using flexizyme, the researchers created 37 monomers that were new to the ribosome from a diverse repertoire of scaffolds. Then, they showed that the monomers that could be attached to tRNAs could be used to make tens of new peptide hybrids. Finally, they validated their design rules by predictably guiding the search for even more new monomers.

"With the new design rules, we show that we can avoid the trial-and-error approaches that have been historically associated with developing new monomers for use by the ribosome," the author said.

These new design rules should accelerate the pace in which researchers can incorporate new monomers, which ultimately will lead to new bioproducts synthesized by the ribosome. For example, materials made of protease-resistant monomers could lead to antimicrobial drugs that combat rising antibiotic resistance.

"It's amazing that the ribosome can accommodate the breadth of monomers we showed," the author said. "That's really encouraging for future efforts to repurpose ribosomes."

Collaboration between B cells and T cells in celiac disease