RNA synthesis by an RNA enzyme 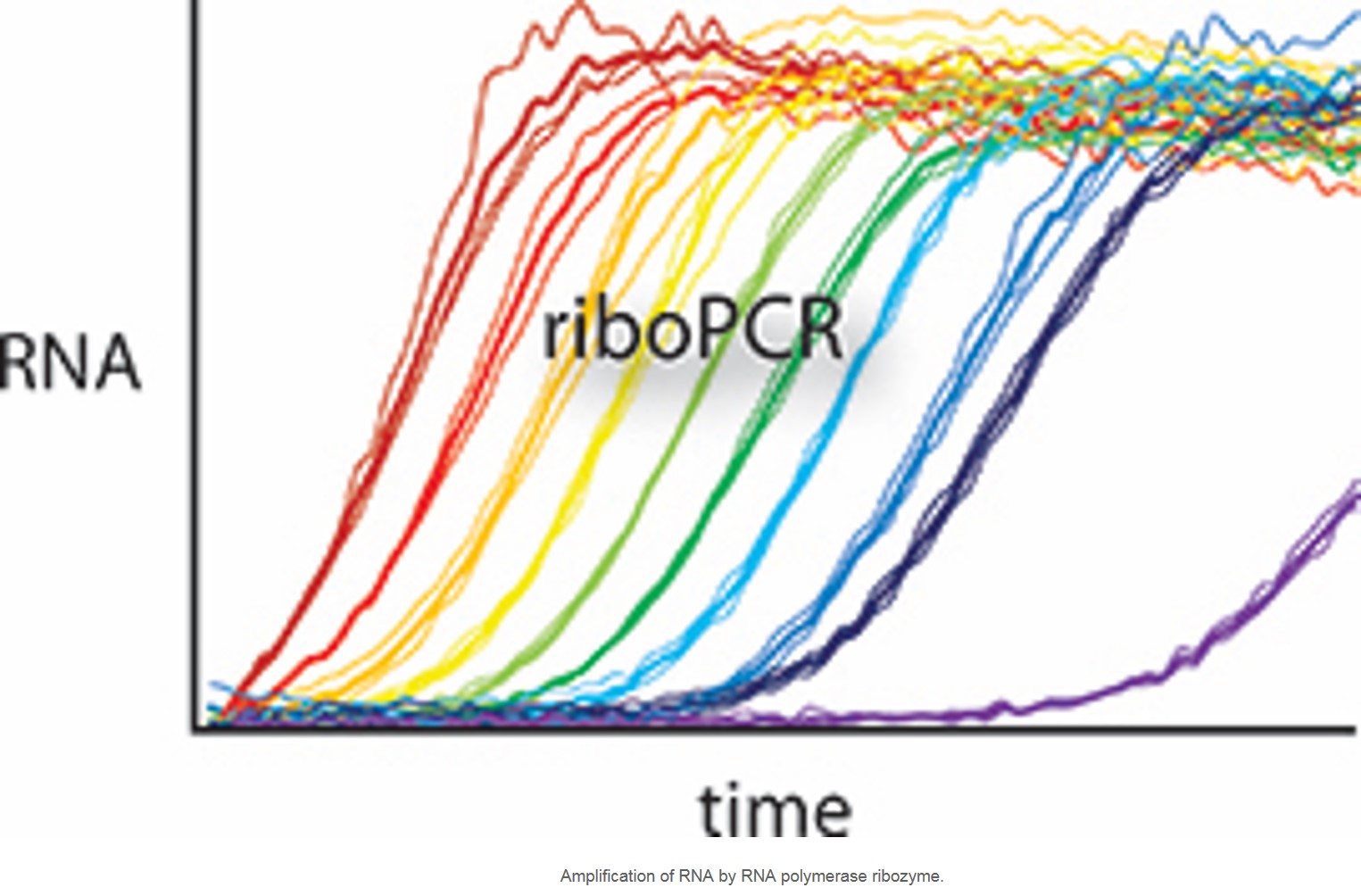 Living organisms use protein-based enzymes to replicate and express genes, but primordial life is believed to have relied on RNA enzymes, or ribozymes, instead of proteins. Natural and synthetic ribozymes have been used to synthesize RNA in vitro, but their activity is limited to certain RNA sequences.

Researchers used in vitro evolution to engineer a variant of the class I polymerase ribozyme with markedly improved activity. The authors selected randomized variants of the polymerase based on their ability to synthesize aptamers—RNA molecules that bind to specific target molecules—from a complementary RNA template.

After 24 rounds of selection, the authors obtained a polymerase that could synthesize RNAs of varying sequence and structure, including cyanocobalamin and GTP aptamers, the F1 ligase ribozyme, and a yeast transfer RNA. The improved polymerase could also replicate short RNA templates in a protein-free form of the polymerase chain reaction that amplified RNA exponentially, achieving up to 40,000-fold amplification after 24 hours.

The results suggest that gene replication and expression could be performed by RNA alone, and that combining and further improving these two functions might allow the creation of a synthetic form of RNA life, capable of self-sustained evolution, according to the authors.