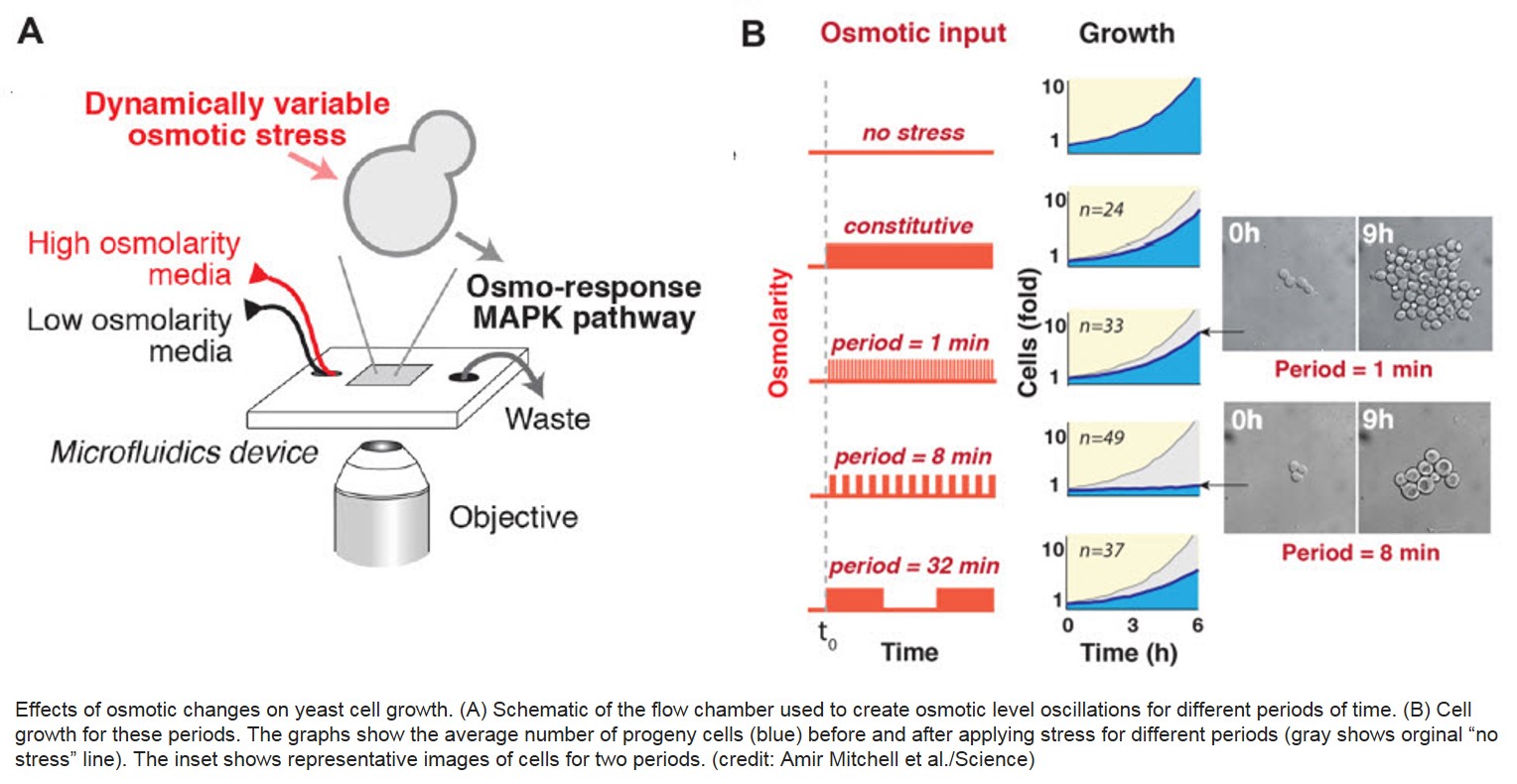 In the new study, published in Science Express, researchers discovered that yeast cells falsely perceive a specifically timed pattern of stress - caused by alternating between low and mildly increased sodium levels - as a massive, continuously increasing ramp of stress.

In response, the microbes end up over-responding and killing themselves. The results, author says, suggest a whole new way of looking at the perceptual abilities of simple cells and could even be used to develop new approaches to fighting diseases using the power of illusion.

Normally, sensor molecules in a yeast cell detect changes in salt concentration and instruct the cell to respond by producing a protective chemical. After this transient response, the cell can resume growing happily as if conditions had not changed. The researchers found that the cells were perfectly capable of adapting when they flipped the salt stress on and off every minute or every 32 minutes. But to their surprise, when they tried an eight-minute oscillation of precisely the same salt level the cells quickly stopped growing and began to die off.

Researchers went on to inspect the cellular mechanism underlying this unexpected, frequency-dependent toxicity. Using mathematical modeling and experiments they tweaked the molecular wiring of the mitogen activated protein kinase (MAPK) pathway that mediates the cells' salt-sensing system. Because of the way the MAPK pathway is set up, the cells interpret an eight-minute oscillation as an ever-increasing staircase of salt concentration. This leads to excessive activation of the cells' protective response, and ultimately to their death.

The study suggests that many cell types, including human cells, may be predisposed to misperceptions and could be fooled by carefully engineered illusions. For instance, the signaling pathway by which human cancer cells respond to chemical growth factors is closely related to the stress-sensing MAPK pathway in yeast. Thus, identification of cell-specific misperceptions might ultimately be exploited to induce cancer cells to kill themselves, while minimally harming healthy, neighboring cells.