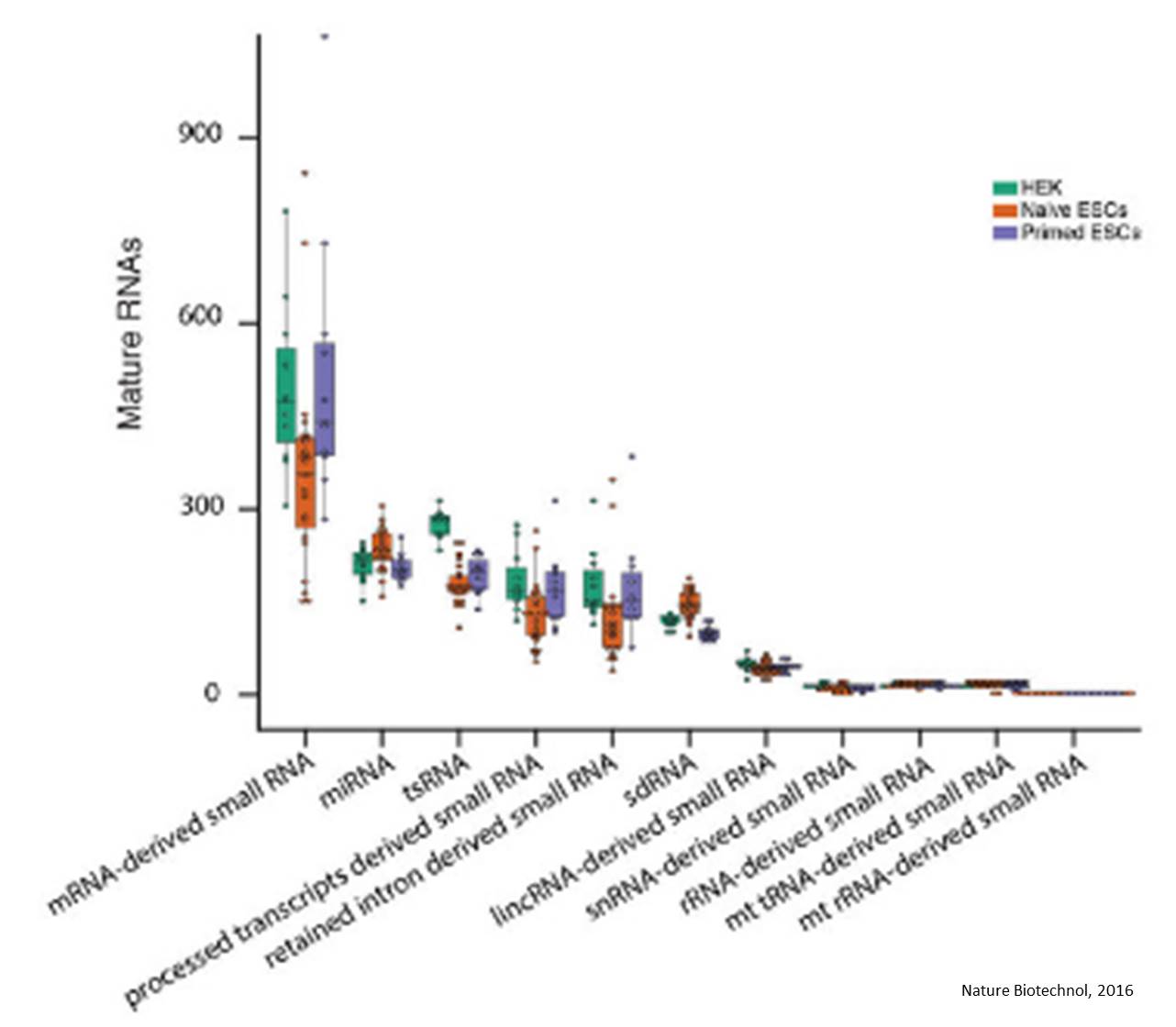 Researchers have measured the absolute numbers of short, non-coding, RNA sequences in individual embryonic stem cells. The new method could improve the understanding of how our genes are regulated and different cell types develop.

When information in our genes is used, for example to build a protein, it is first translated to messenger-RNA which functions as a blueprint for the protein. Our cells also contain non-coding, short, RNA sequences that do not contribute to the formation of proteins and whose functions are partly unknown. The best known of these is micro RNA (miRNAs), which can interact with the messenger RNA, and thereby regulate genes and cell function.

Researchers have now mapped the presence of short RNA-sequences in an individual cell. Previous research on short RNA molecules is based on analysis of many cells simultaneously, making it difficult to study the precise function.

The analysis was done using single-cell transcriptomics, a technique which makes it possible to measure the absolute numbers of short RNA molecules in a cell. Two types of embryonic stem cells were used, intended to mimic the early embryo, before and after it has attached to the uterine lining.

"This is basic research and a demonstration that the method works, giving suggestions for further research. To map the levels of short RNA molecules in a cell is a first step in identifying the specific function of these molecules," says one of the lead authors of the study.

"We are, for example, interested in the role short RNA molecules play during embryonic development. We hope that, with more knowledge, this method could be used to identify which embryos have the best chance to develop, which would then be used to improve current IVF treatments," senior author says.