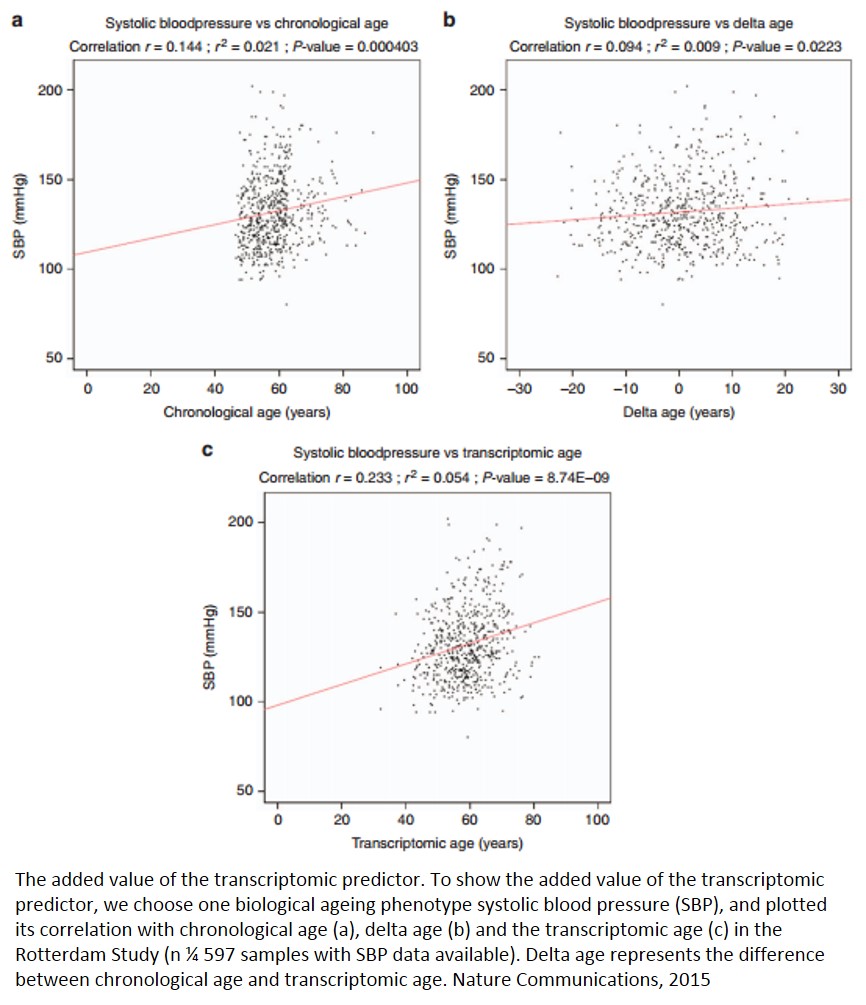 Whilst the underlying causes of human ageing are largely unknown, growing old increases the risk of diseases such as cancer, heart disease, and stroke -- three of the leading causes of death.

Researchers examined expression of genes in blood samples from 15,000 people across the world.

The research team specifically looked for changes in gene expression, a process in which the information contained in genes is 'expressed' by reading the DNA sequence and creating RNA, and subsequently proteins. By looking in blood, the researchers aimed to find easy to measure markers of human ageing.
This technique allowed them to develop a new method to predict people's 'biological age' and show that people with a biological age older than their actual age were more likely to have conditions such as high blood pressure or cholesterol.

The research is published in the scientific journal, Nature Communications.

They found 1,450 genes that are linked to ageing, and also uncovered a link between these genes and factors such as diet, smoking and exercise.

Authors further used the gene expression profiles to calculate the ‘transcriptomic age’ of an individual, and show that differences between transcriptomic age and chronological age are associated with biological features linked to ageing, such as blood pressure, cholesterol levels, fasting glucose, and body mass index.