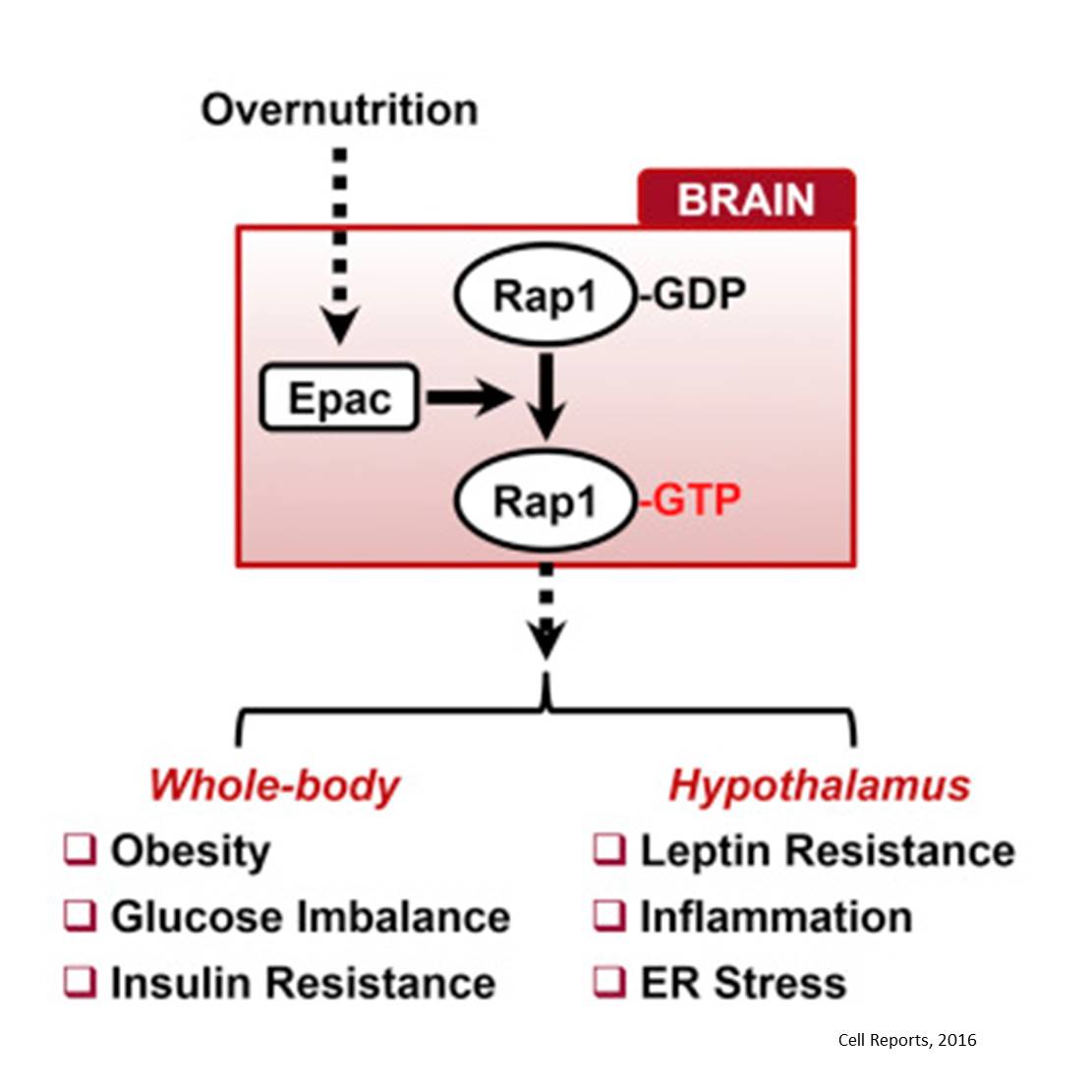 The CNS has been long established as robust homeostatic systems for the maintenance of normal body weight and euglycemia. The crucial role of the CNS in the development of obesity is also becoming increasingly apparent with recent discoveries of obesity susceptibility genes that are often associated with CNS functions. Obesogenic conditions such as high-fat diet (HFD) feeding cause these CNS homeostatic systems to shift toward positive energy balance, which ultimately leads to obesity. However, the neural pathways that actively respond to HFD feeding and mediate adiposity under overnutrition remain incompletely characterized.

The Ras-like small GTPase Rap1 is a crucial regulator of multiple cellular processes, including adhesion, polarity, and proliferation, in non-neuronal cells. In the CNS, Rap1 has diverse roles in an array of neuronal functions from neuronal excitability, synaptic plasticity, and neuronal polarity to memory and learning. However, the contributions of CNS Rap1 to energy balance and glucose homeostasis are largely unknown.

In the present study published in the journal Cell Reports, authors investigated the role of CNS Rap1 in the regulation of whole-body energy and glucose metabolism by producing and characterizing mice with targeted deletion of Rap1a and Rap1b, the genes encoding Rap1, selectively in forebrain neurons.

Genetic ablation of CNS Rap1 protects mice from dietary obesity, glucose imbalance, and insulin resistance in the periphery and from HFD-induced neuropathological changes in the hypothalamus, including diminished cellular leptin sensitivity and increased endoplasmic reticulum (ER) stress and inflammation.