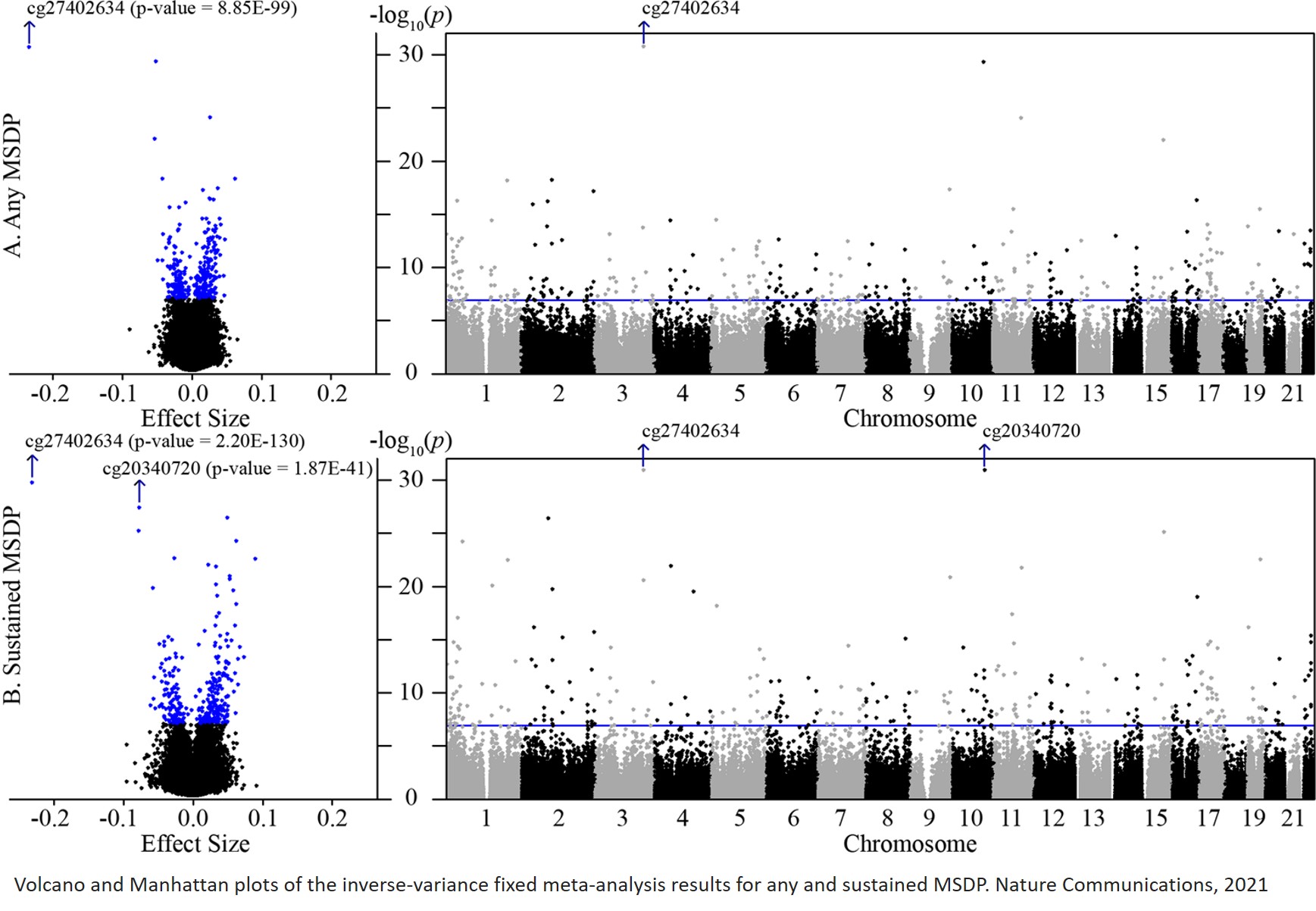 Maternal smoking during pregnancy is associated with changes in the methylation patterns of placental DNA, and many of these changes are in turn associated with poor birth outcomes, shows a new study. The findings, published in Nature Communications, also indicate that these DNA methylation changes in the placenta may affect the expression of genes involved in environmental responses, growth and inflammation, potentially explaining the impact on foetal growth.

In Europe, around one in ten mothers smoke during pregnancy. Therefore, the numerous health effects on the foetus are of significant public health concern. However, the mechanisms underlying the toxic effects of tobacco smoke are only partially understood. Environmental exposures may induce epigenetic changes - chemical modifications of the genome that in turn affect gene expression. One of these modifications is DNA methylation, which occurs mainly in sites where a cytosine is followed by a guanine (CpG sites).

In this study, the authors aimed to characterize the impact of maternal smoking on the placental epigenome by performing a meta-analysis of seven independent cohort studies of the PACE consortium, which included a total of 1700 mother-infant pairs in Australia, France, Spain, Canada, and USA. The meta-analysis identified 433 CpG sites associated with maternal smoking during pregnancy, of which almost half were related to pre-term birth and/or lower size or weight at birth.

The researchers then explored the functional consequences of these associations and found that some of these CpGs are in or near genes involved in responding to environmental stressors, regulating inflammatory activity, signalling through growth factors, and have previously been related to cardiometabolic outcomes. Furthermore, CpGs tend to be close to genetic variants related to birth outcomes. Finally, comparison of the findings to those of a previous meta-analysis performed with cord blood suggests that there are unique placenta-specific CpG methylation responses to tobacco smoke.

“The CpG sites, the genes and the pathways identified in this study can help us decipher the mechanisms by which smoking affects placental function and foetal growth,” concludes the co-senior author of the study.