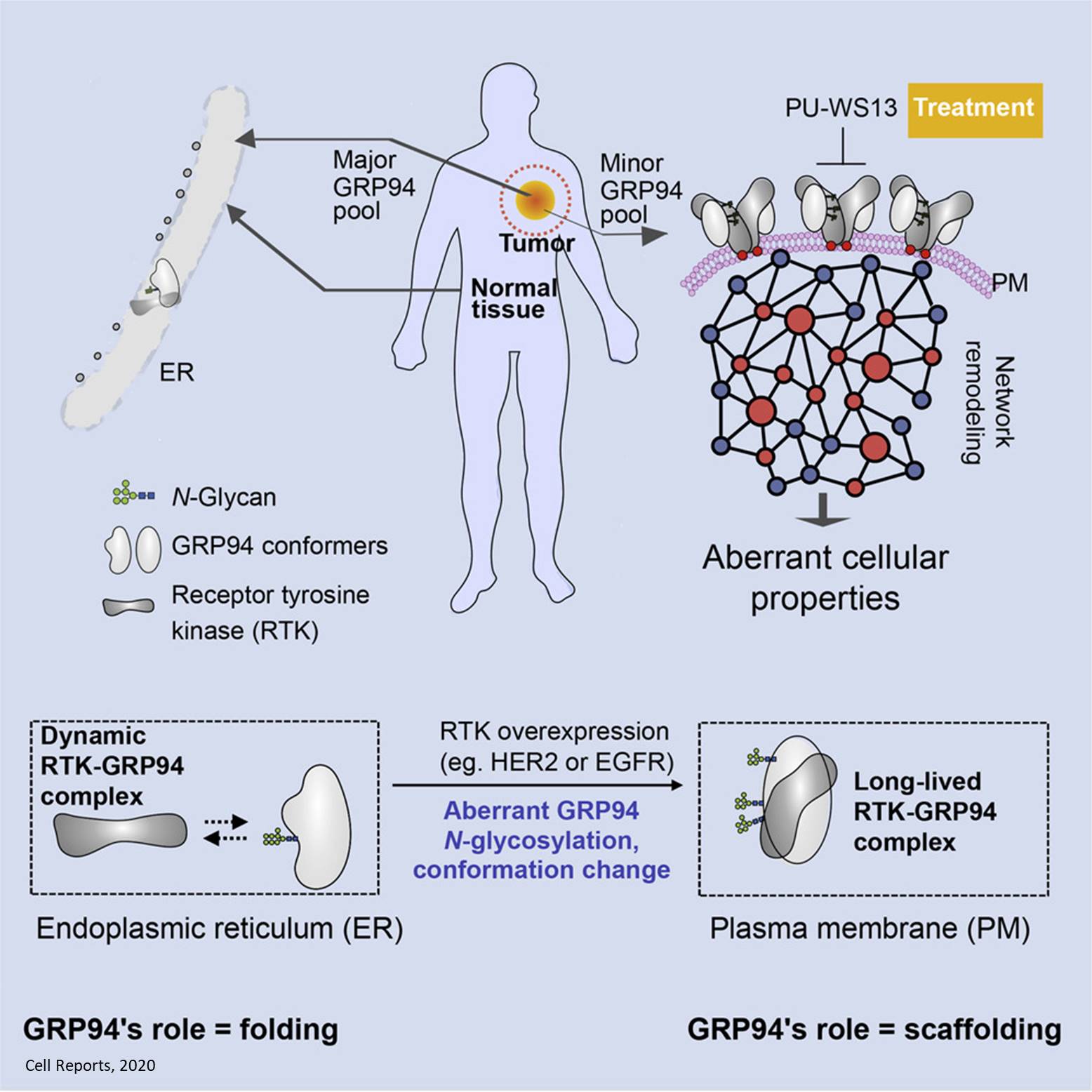 In molecular biology, chaperones are a class of proteins that help regulate how other proteins fold. Folding is an important step in the manufacturing process for proteins. When they don't fold the way they're supposed to, it can lead to the development of diseases such as cancer.

Researchers have uncovered important findings about what causes chaperones to malfunction as well as a way to fix them when they go awry. The discovery points the way to a new approach for developing targeted drugs for cancer and other diseases, including Alzheimer's disease.

"Our earlier work showed that defects in chaperones could lead to widespread changes in cells, but no one knew exactly how it happened," says the senior author of a study published in Cell Reports. "This paper finally gets into the nuts and bolts of that biochemical mechanism. I think it's a pretty big leap forward."

The research focused on a chaperone called GRP94, which plays an important role in regulating how cells respond to stress. Stress in cells is a common sign of disease, especially those related to aging, such as cancer and Alzheimer's.

In the new study, the authors looked at changes in GRP94 in cancer cells, including cells from patients treated for breast cancer. They found that when GRP94 undergoes a process called glycosylation, in which a sugar molecule is added, it completely changes the way that chaperone behaves.

"It goes from protein that was very floppy and flexible to one that's very rigid," explains the author. "This one change is enough to convert it from a good guy in the cell to a bad guy. That, in turn, can make the cell behave in a way that's not normal."

When GRP94 undergoes this change, it moves to a different part of the cell. Normally, it's found in the endoplasmic reticulum, where proteins are made and folded. But after the sugar is added, it moves to the part of the cell called the plasma membrane. This leads to widespread dysfunction of proteins and a more aggressive cancer.

The researchers report in the paper that they have already identified a small molecule that acts on GRP94 in the plasma membrane, called PU-WS13. This molecule appears to repair the defects in GRP94, allowing it to behave normally again.

"The changes that we saw only happen in diseased cells, such as cancer cells or those related to Alzheimer's," the author says. "That makes them a good target for therapies because healthy cells are unlikely to be affected."

But the author explains that more research is needed before a new drug can be developed based on this approach. "PU-WS13 is just a prototype," the author says. "It has to be tailored for use in humans. We're investigating how to make this into something that might work as a drug."