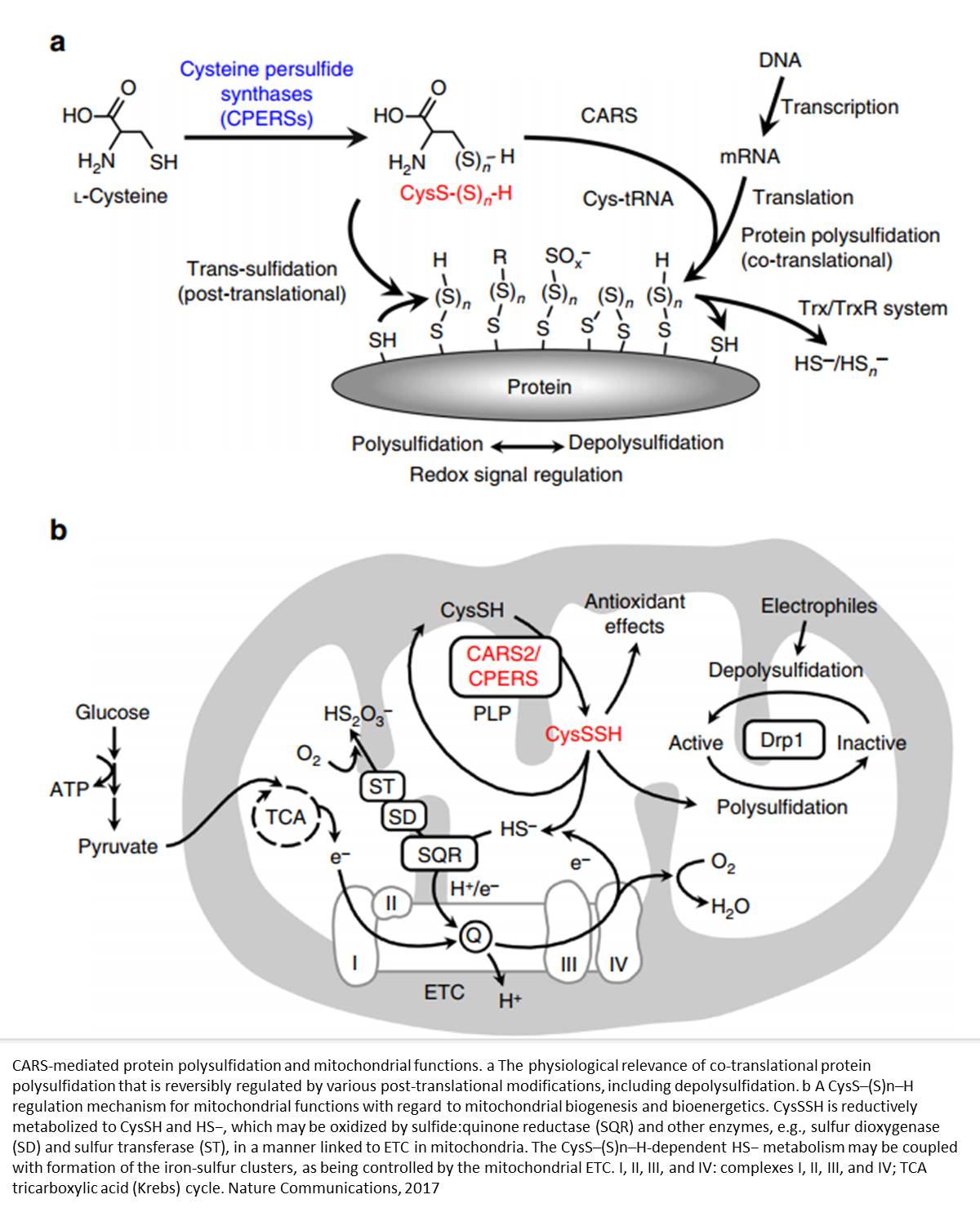 Researchers have gained new insight into the formation of a group of compounds found in almost all organisms, which are reportedly shown to be a powerful antioxidant that protects cells from damage by free radicals. They found that these compounds were also essential in supporting the mitochondrial energy metabolism, which is known as sulfur respiration, and identified it for the first time in humans and other mammals.

The compounds, such as cysteine hydropersulfide (CysSSH) and other persulfides, are widely present in the cells of most organisms, from single-celled to humans, and even in the natural environment and foodstuffs. They are believed to act as an antioxidant that protects cells from harmful free radicals, which are byproducts of normal cell activity or pollutants, and can cause various diseases such as cancer. However, how these reactive sulfur molecules are formed, or what role they play exactly within these cells, has not been well understood.

A team of researchers homed in on one pathway for the formation of CysSSH inside cells, publishing their findings in Nature Communications. They found that the amino acid L-cysteine acted as a starting building block for the synthesis of CysSSH, through a reaction catalyzed by cysteinyl-tRNA synthetases (CARSs), a family of enzymes present in most mammalian cells.

There are two different types of CARS enzymes: one is present in the cytoplasm of the cells and the other within mitochondria. The researchers inactivated genes that produce the enzyme variants in both mice and humans. They found that the enzyme within the mitochondria is responsible for producing the majority of CysSSH and other persulfides.

By identifying the dual roles that CARSs play, the researchers revealed their importance in antioxidant defense and energy production. They allow a pathway within the cells that support sulfur respiration without the need for oxygen. This could possibly pave the way for research on how the enzymes could help treat diseases resulting from an increase in oxidants or through mitochondria dysfunction, such as diabetes, chronic obstructive pulmonary disease (COPD), atherosclerosis, and cardiovascular disease. This could prolong life and increase the quality of life and may even provide new venues for cancer diagnosis, prevention and treatment.