Surprising process behind sense of touch 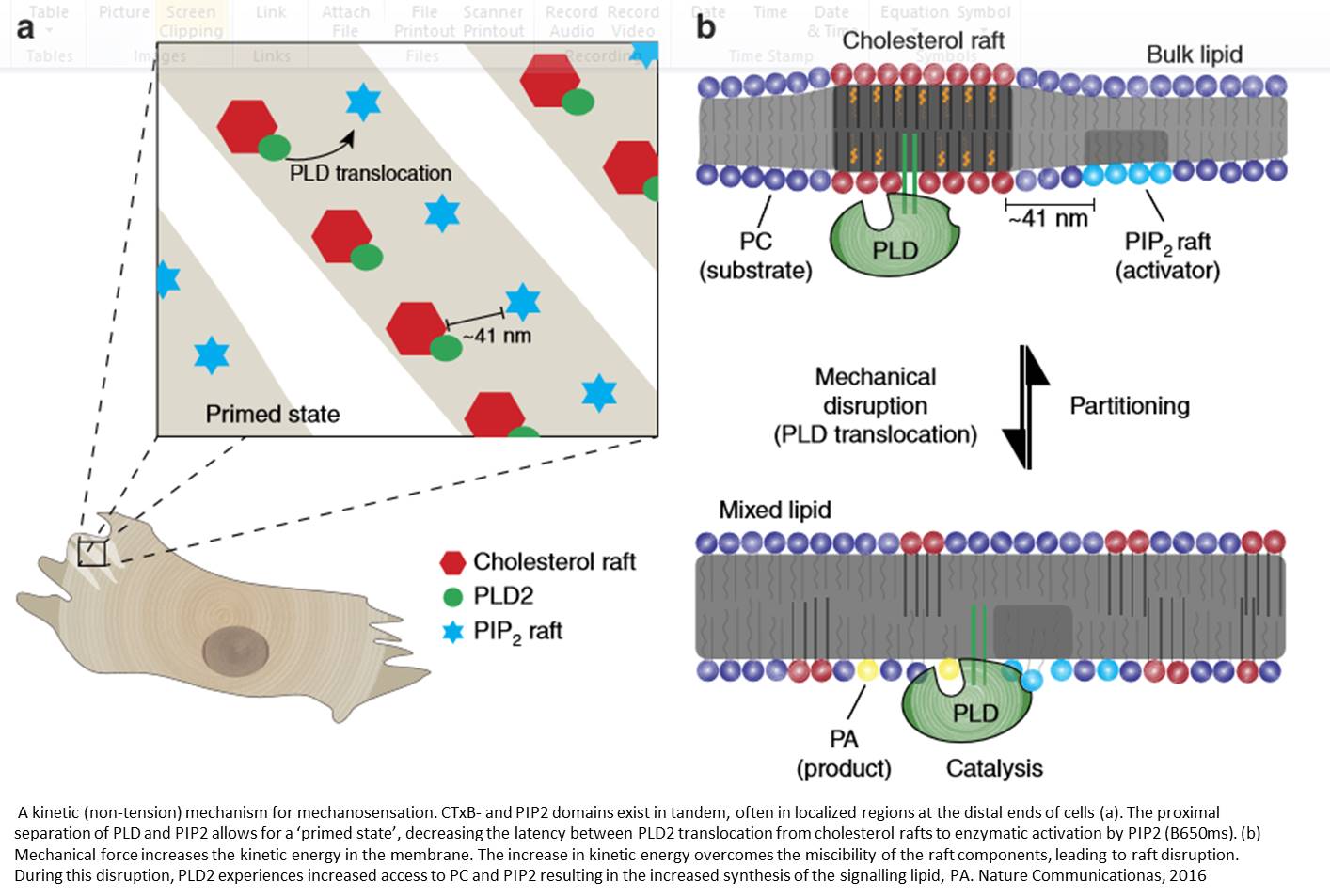 Biologists have discovered a new mechanism that likely underlies how we feel force or touch. Their study suggests that "rafts" of fatty lipids on the cell surface act as compartments to keep certain enzymes from mixing with their binding partners. Disrupt these rafts through touch -- also called mechanosensation -- and the enzymes will mix with their partners and react, triggering a signal that communicates the touch to responsive proteins in the cell.

"This is really different from how anybody thinks about mechanosensation," said the senior author of the study, published recently in the journal Nature Communications.

The author compared lipid rafts to compartments in a glow stick. Crack the barrier between the two sides of a glow stick and the components mix and start a chemical reaction to produce light. On the cell membrane, t he mixing of enzymes and their partners produces a signaling lipid phosphatidic acid that starts the chain of events to create the sense of touch.

The team focused on lipid rafts, small clumps of lipids and proteins on the cell membrane. Senior author’s previous work had explained lipid rafts as "pedestals" of activity, like islands where the cell can carry out important activities. But there was also a question of whether rafts can act like holding pens, keeping enzymes from meeting their binding partners, or substrates, until the right moment.

The researchers answered this question by first observing lipid rafts in real time, using a technique called super-resolution imaging. They found that lipid rafts on live cells did indeed assemble and disassemble frequently, creating opportunities for enzymes to mix with their substrates. Next, the researchers determined that mechanical force, aka touch, can trigger rafts to mix, allowing enzymes to meet their substrates and release a signal.

While more research is needed, the researchers believe this signal may be picked up by other proteins in the membrane that carry on this message to sense touch. The senior author said it's also likely that other enzymes in lipid rafts are mixing with their substrates in a similar way to regulate cellular responses to many stimuli outside touch.