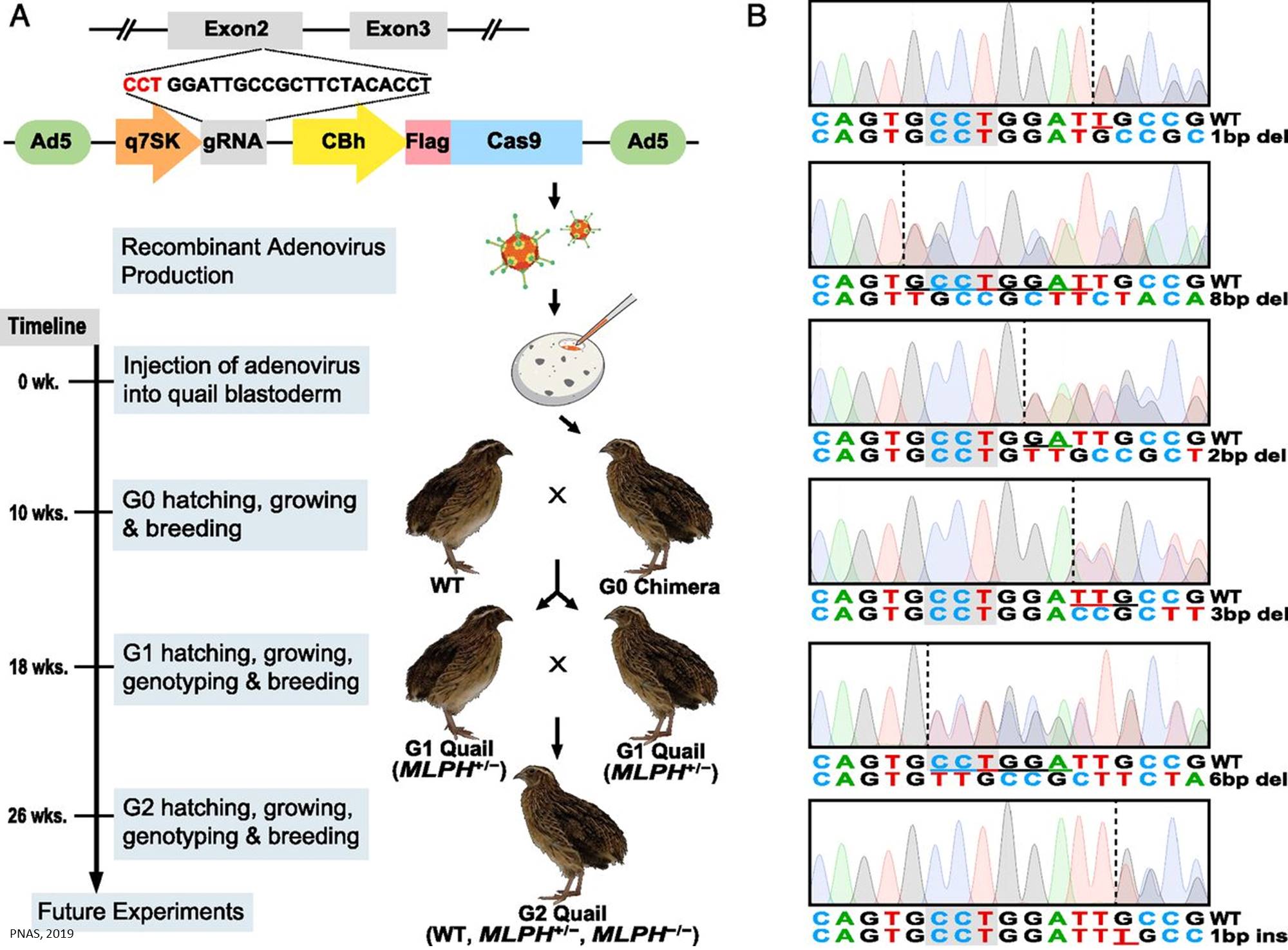 In mammals, CRISPR/Cas9 has been used to modify zygote genomes at the single-cell stage and produce species in which specific genes have been knocked out. However, in the avian reproductive system, oocytes are fertilized within minutes of ovulation and the single-cell zygote expands rapidly to around 60,000 cells prior to egg laying.

To date, only a few CRISPR/Cas9-mediated gene knockouts have been reported using the chicken as a model among avian species, which requires 3 major processes: isolation and culture of primordial germ cells (PGCs), modification of the genome of PGCs in vitro, and injection of the PGCs into the extraembryonic blood vessel at the early embryonic stages when endogenous PGCs migrate through circulation to the genital ridge.

In the present study, the adenoviral CRISPR/Cas9 vector was directly injected into the quail blastoderm in newly laid eggs. The resulting chimeras generated offspring with targeted mutations in the melanophilin (MLPH) gene, which is involved in melanosome transportation and feather pigmentation.

The authors show that the technique can produce chimeras whose offspring carry a desired mutation, namely melanophilin homozygous mutants whose gray plumage differs from that of the brown-feathered parent quails.

Furthermore, the technique does not propagate foreign adenovirus DNA into the mutants’ genomes or result in off-target mutations.

The study suggests that direct injection of adenovirus CRISPR/Cas9 represents a safe and convenient system for producing knockout birds to advance avian research, according to the authors.