The liver increases by half during the day 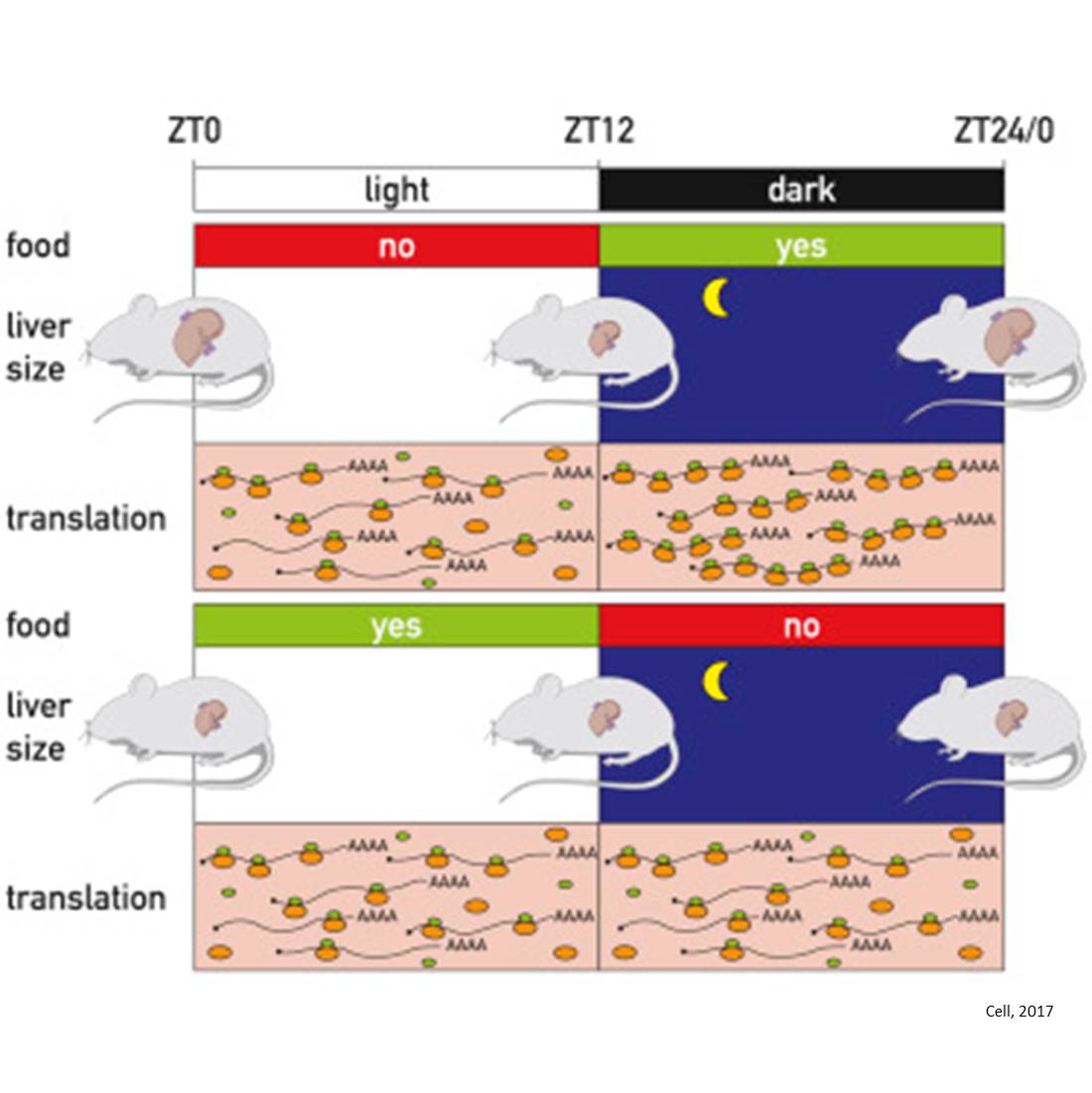 In mammals, the liver plays a pivotal role in metabolism and the elimination of toxins, and reaches its maximum efficiency when they are active and feed. Biologists have discovered how this organ adapts to the cycles of feeding and fasting, and the alternation of day and night within 24 hours. The researchers showed in mice that the size of the liver increases by almost half before returning to its initial dimensions, according to the phases of activity and rest.

Published in the journal Cell, their study describes the cellular mechanisms of this fluctuation, which disappears when the normal biological rhythm is reversed. The disruption of our circadian clock due to professional constraints or private habits therefore probably has important repercussions on our liver functions.

Mammals have adapted to diurnal and nocturnal rhythms using a central clock located in the brain. The latter, which is resettled every day by the light, synchronizes the subordinate clocks present in most of our cells. In the liver, more than 350 genes involved in metabolism and detoxification are expressed in a circadian fashion, with a biological rhythm of 24 hours. "Many of them are also influenced by the rhythm of food intake and physical activity, and we wanted to understand how the liver adapts to these fluctuations", says senior author.

The mice forage and feed at night, while the day is spent resting. "In rodents following a usual circadian rhythm, we observed that the liver gradually increases during the active phase to reach a peak of more than 40% at the end of the night, and that it returns to its initial size during the day", notes first author of the study. Researchers have shown that the size of liver cells and their protein content oscillate in a daily manner.

The number of ribosomes, the organelles responsible for producing the proteins required for the various functions of the liver, fluctuates together with the size of the cell. "The latter adapts the production and assembly of new ribosomes to ensure a peak of protein production during the night. The components of ribosomes produced in excess are then identified, labeled, and degraded during the resting phase", explains the first author.

The amplitude of the variations observed by the biologists depends on the cycles of feeding and fasting, as well as diurnal and nocturnal phases. Indeed, the fluctuations disappear when the phases of feeding no longer correspond to the biological clock, which evolved in the course of hundreds of millions of years: "the size of the liver and the hepatocytes, as well as their contents in ribosomes and proteins, remain nearly stable when mice are fed during the day. Yet, these animals ingest similar amounts of food, irrespective of whether they are fed during the night or during the day", points co-director the study.

Many human subjects no longer live according to the rhythm of their circadian clock, due to night work hours, alternating schedules or frequent international travels. A previous study (Leung et al., Journal of Hepatology, 1986) determining the volume of the human liver during six hours using methods based on ultrasound, suggests that this organ also oscillates within us. If mechanisms similar to those found in mice exist in humans, which is likely to be the case, the deregulation of our biological rhythms would have a considerable influence on hepatic functions.