The role of 'purinosomes' in the proliferation of cancer cells 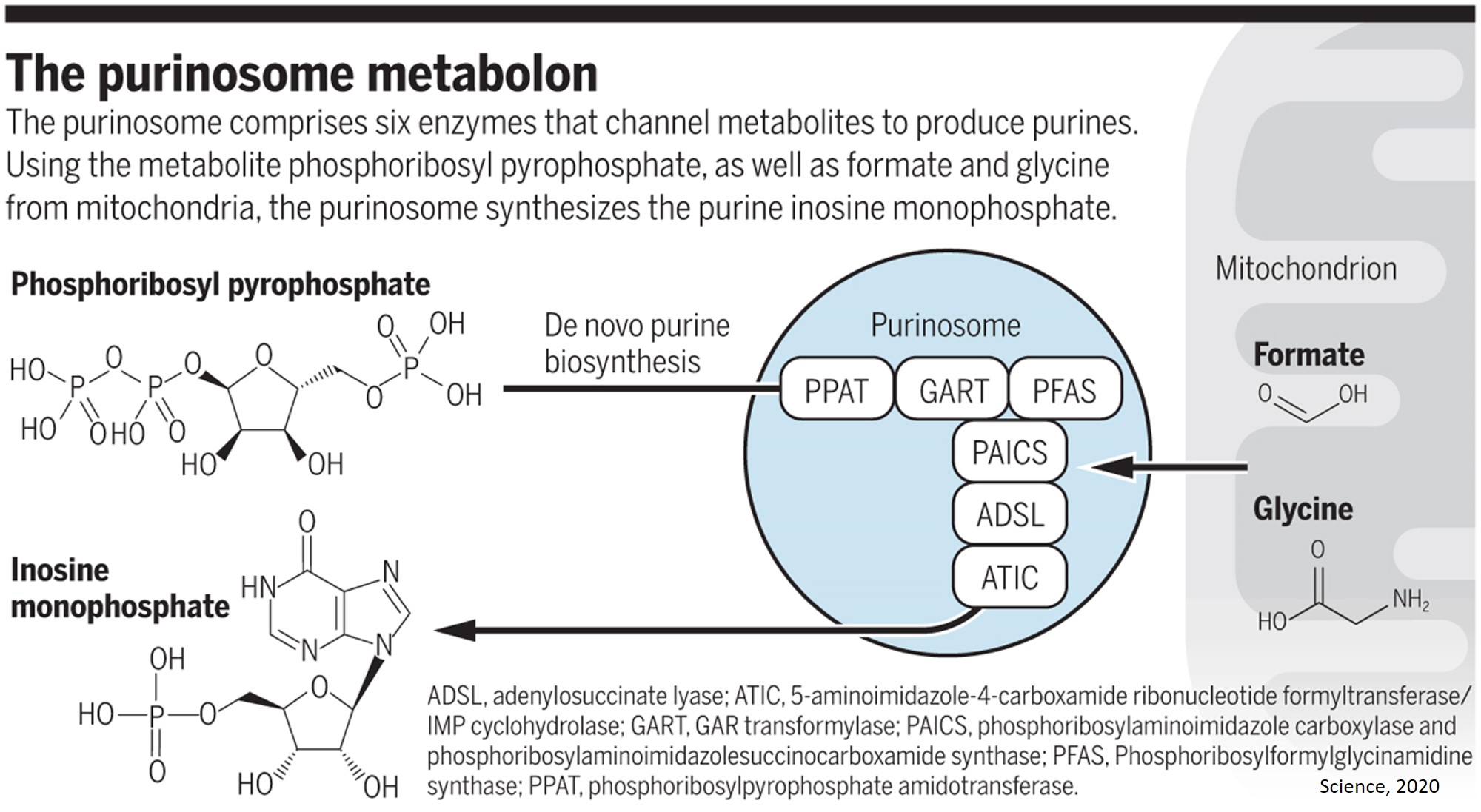 For more than 40 years, scientists have hypothesized the existence of enzyme clusters, or "metabolons," in facilitating various processes within cells. Using a novel imaging technology combined with mass spectrometry, researchers for the first time, have directly observed functional metabolons involved in generating purines, the most abundant cellular metabolites. The findings could lead to the development of novel therapeutic strategies that disrupt the progression of cancer.

"Our study suggests that enzymes are not haphazardly located throughout cells, but instead occur in discrete clusters, or metabolons, that carry out specific metabolic pathways," said the senior author. "Not only did we find proof that metabolons exist, but we also found that this metabolon occurs near mitochondria in cancer cells." The findings appear in the journal Science.

In the study, the team searched for a specific kind of metabolon, called a "purinosome," that was thought to carry out "de novo purine biosynthesis," the process by which new purines -- building blocks of DNA and RNA -- are synthesized. The researchers investigated these purinosomes within HeLa cells, a cervical cancer cell line commonly used in scientific research.

"We have shown that the de novo purine biosynthetic [DNPB] pathway is carried out by purinosomes consisting of at least nine enzymes acting together synergistically to increase their overall activity by at least by seven-fold," said the lead author.

The researchers identified the purinosomes, which were less than a micrometer in diameter, using a novel imaging system. "The technique utilizes gas cluster ion beam secondary ion mass spectrometry [GCIB-SIMS] to detect intact biomolecules with high sensitivity and allow in situ chemical imaging in single cells," said another author. This was vital for the study since we are dealing with very low concentration of molecules in individual cancer cells."

Importantly, the team found that the DNPB pathway occurs in a channeled manner and the juxtaposition of purinosomes to the mitochondria facilitates uptake of substrates generated by the mitochondria for utilization in the pathway. Channeling occurs when enzymes are located close together so that the molecules produced are quickly transferred and processed along the enzymatic pathway, restricting equilibration with the bulk cytosol.

"Our experiment allowed us to show that the efficiency of the de novo purine biosynthetic pathway is increased by channeling and that the proximity of purinosomes near mitochondria is consequential for the pathway," said the senior author. "These findings open the door to the study of a new class of cancer therapeutics; for example the design of a molecule that can disrupt purinosomes' juxtaposition with mitochondria."