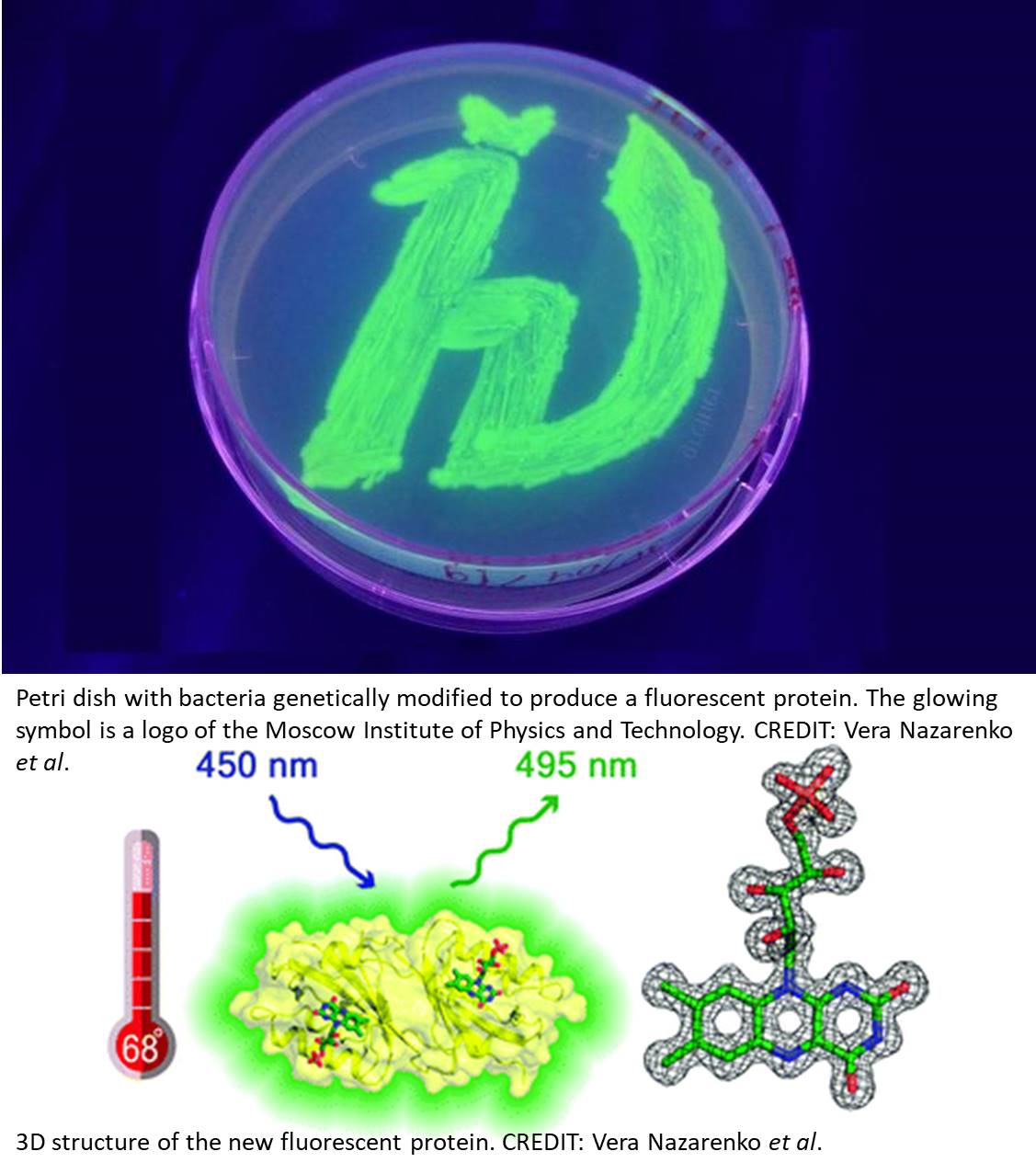 Biophysicists created a new fluorescent protein. Besides glowing when irradiated with ultraviolet and blue light, it is exceedingly small and stable under high temperatures. The authors of the paper, published in the journal Photochemical & Photobiological Sciences, believe the protein holds prospects for fluorescence microscopy. This technique is used in research on cancer, infectious diseases, and organ development, among other things.

Fluorescence microscopy is a method for studying living tissue that relies on induced luminescence. After being exposed to laser radiation at a particular wavelength, some proteins emit light at a different wavelength. This induced "glow" can be analyzed using a special microscope. Researchers append such fluorescent proteins to other proteins via genetic engineering to make the latter ones visible to the microscope and observe their behavior in cells. Fluorescence microscopy proved so scientifically valuable that one Nobel Prize was awarded for its discovery, followed by another one for radically improving the method's accuracy.

Up until now, the fluorescent proteins used for such observations had several flaws. They were vulnerable to heat, fairly bulky, and only glowed in the presence of oxygen.

"For one thing, our protein is more thermostable than its analogues: It only denaturates at 68 degrees Celsius," said the paper's lead author. "It is also miniature, while most of the currently used fluorescent proteins are rather bulky. On top of that, it can emit light in the absence of oxygen."

The team originally identified the protein with these remarkable properties in the cells of a the thermophilic bacterium -- that is, one which lives in high-temperature environments, such as hot springs. The researchers then genetically engineered a DNA sequence that reproduced the protein's fluorescent segment but not the other parts, which would make the molecule larger.

By introducing the gene that encodes the protein into the cells of another bacterium, Escherichia coli, the team turned it into a factory mass-producing the fluorescent protein with unique properties.

Researchers studying the processes that occur in living cells have been waiting for a protein combining these crucial features for a long time. By introducing it into cells, they can now obtain essential data on cell life and death. To name a few applications, fluorescence microscopy is seen as one of the best tools for investigating the mechanism behind malignant tumor genesis and development. It is also useful for research on cell signaling and organ development.

The proteins previously used in fluorescence microscopy were bulky and thermally unstable, putting limitations on the method. Thanks to the team, that obstacle has been eliminated.