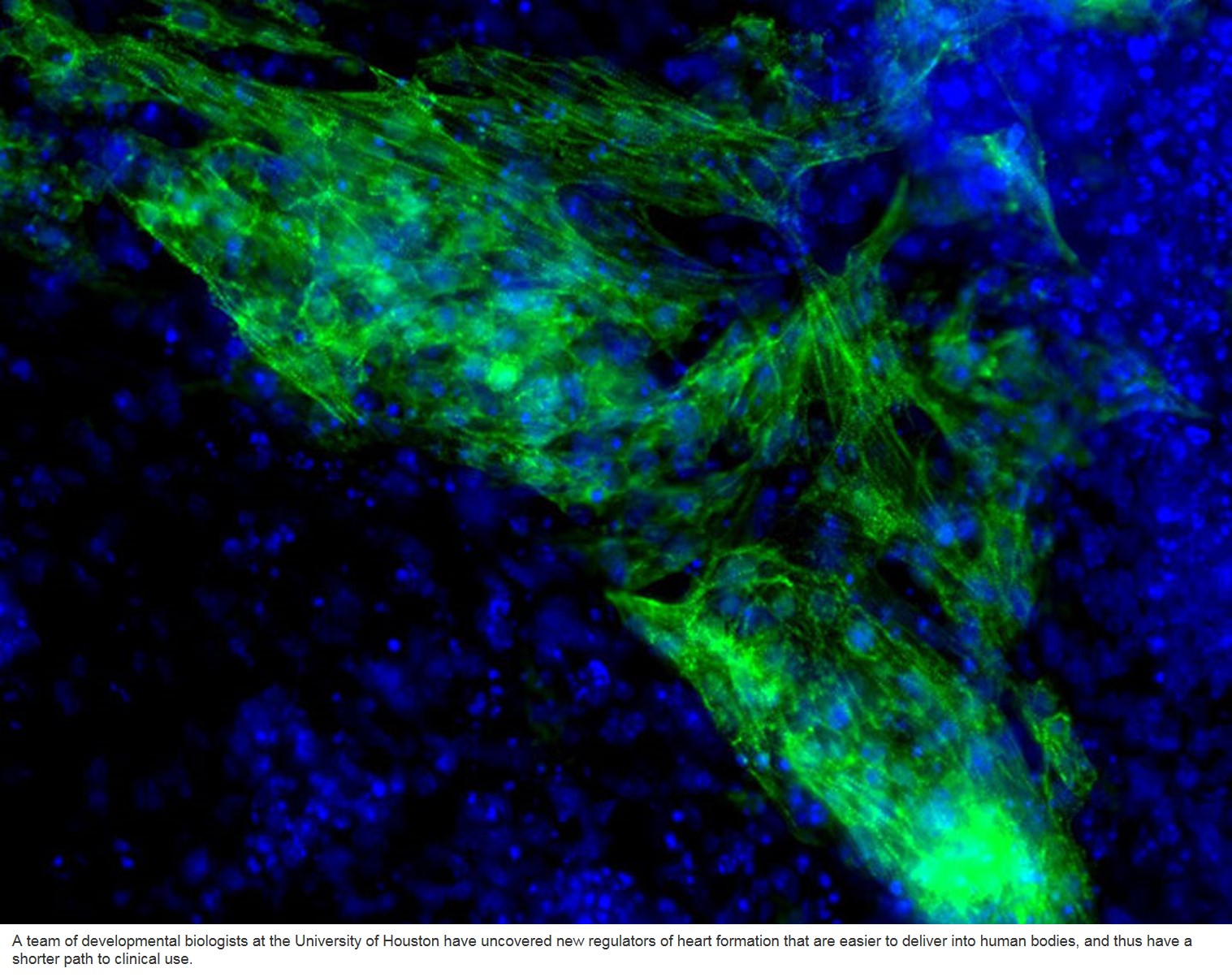 Cardiovascular diseases are the leading cause of death in the U.S. With one in every four deaths occurring each year, the five-year survival rate after a heart attack is worse than most cancers. A big part of the problem is the inability of the human heart to effectively repair itself after injury. A team of University of Houston researchers is trying to change that.

Physicians and biologists are developing strategies to help regenerate heart muscle cell formation. The human heart is an organ that doesn’t regenerate, and the number of heart muscle cells drops as a person ages. Cells lost during injuries, such as from a heart attack, are gradually replaced by connective tissue, a process called fibrosis. This leads to the loss of pump function, which is the underlying reason cardiovascular diseases are as deadly as cancers.

“We have uncovered new regulators of heart formation,” said one of the lead authors of the study. “Compared to most others, these new regulators, which are a small RNA species called microRNAs, act early in the multistep heart formation process. They are easier to deliver into human bodies, and thus have a shorter path to clinical use.”

In trying to find a solution, researchers focused on learning how a heart is formed in an embryo. Specifically, they are curious as to whether the new regulators they uncovered will convert an abundant cell type, called human fibroblasts, into heart muscles.

“We were the first in converting human fibroblasts into cardiomyocytes,” another author said. “I expect these microRNA regulators to be potent, either acting alone or in combination with the existing agents we have.”

Once considered genetic junk, microRNAs have emerged as a major player in gene regulation. Using mouse genetic tools, researchers were able to track the process of heart muscle cell formation in a dish. Their work involved several screening steps. Most importantly, they first identified approximately 140 microRNAs in the earliest ancestor cells of the heart. Next, they screened for the ones that function in driving heart muscle cell formation, and the miR-322/503 cluster emerged as the top finding in both screenings and laid the basis for their work.