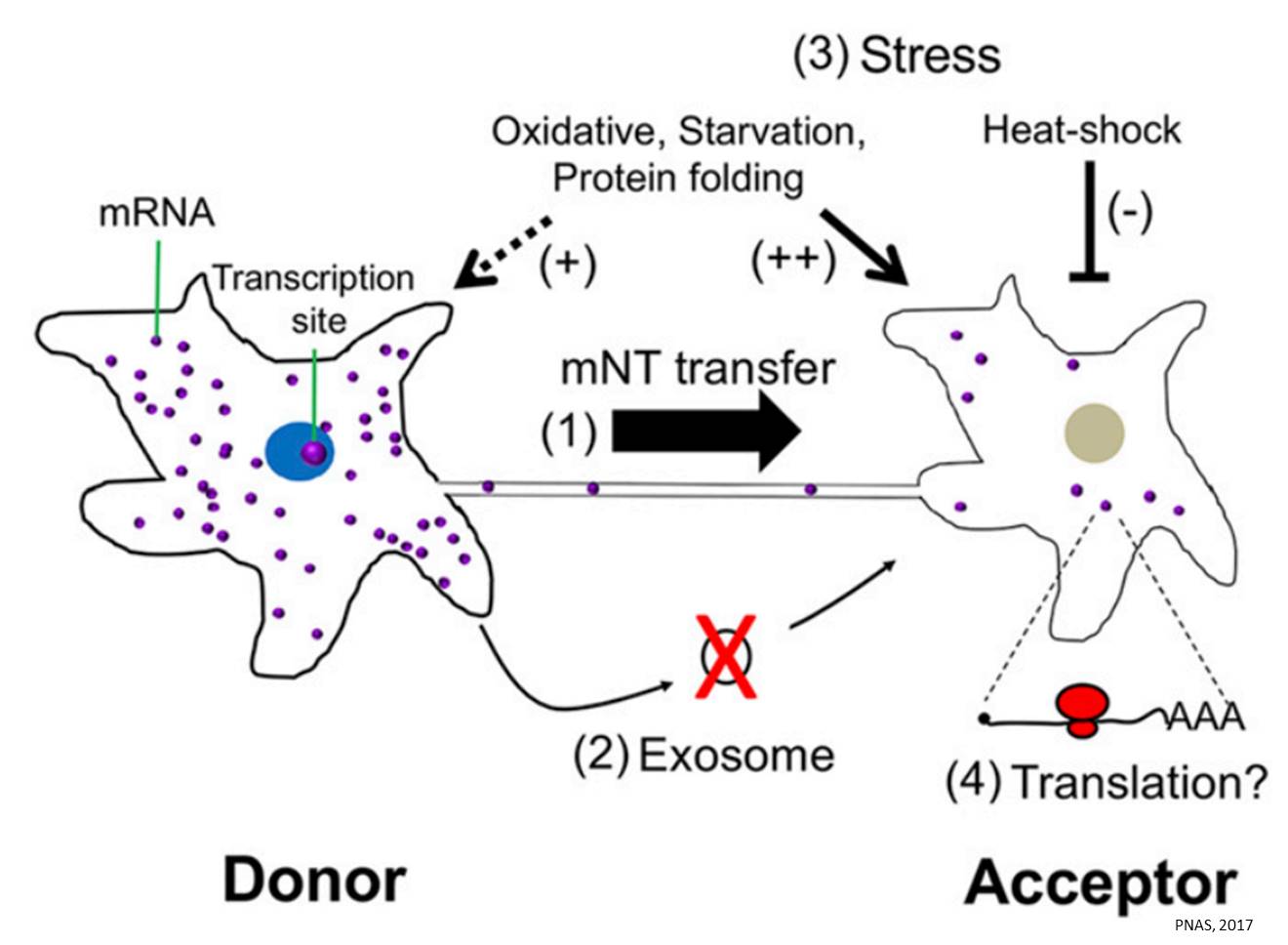 MicroRNAs and messenger RNA (mRNA) fragments can move between mammalian cells by diffusing through extracellular fluids in membrane-enclosed vesicles. Using single-molecule fluorescent in situ hybridization and live imaging, researchers observed the intercellular transfer of full-length mRNA molecules between animal cells grown together in laboratory dishes through an alternate mechanism.

Rather than diffusing through extracellular fluids in vesicles, the mRNA molecules, including those for mouse actin and human BRCA1 and HER2, were transported through tunnel-like protrusions from the cell surface called membrane nanotubes, which are around 0.5 μm wide and up to 200 μm long. RNA transport through membrane nanotubes appears to be mediated by actin filaments and is dependent on direct physical contact between donor and acceptor cells.

Examples of mRNAs that undergo transfer include those encoding GFP, mouse β-actin, and human Cyclin D1, BRCA1, MT2A, and HER2. Authors show that intercellular mRNA transfer occurs in all coculture models tested (e.g., between primary cells, immortalized cells, and in cocultures of immortalized human and murine cells).

Further, gene expression changes and environmental stress appear to influence intercellular mRNA transfer. Because proteins synthesized from transferred mRNA molecules can influence the physiology of acceptor cells and because membrane nanotubes have been observed in tumors derived from cancer patients, the authors speculate that intercellular mRNA transport could alter tumor microenvironments and trigger or abet carcinogenesis.

According to the authors, membrane nanotube-mediated RNA transfer might also influence other biological processes, such as embryonic development and tissue maintenance and regeneration.