What makes the brain tick so fast? 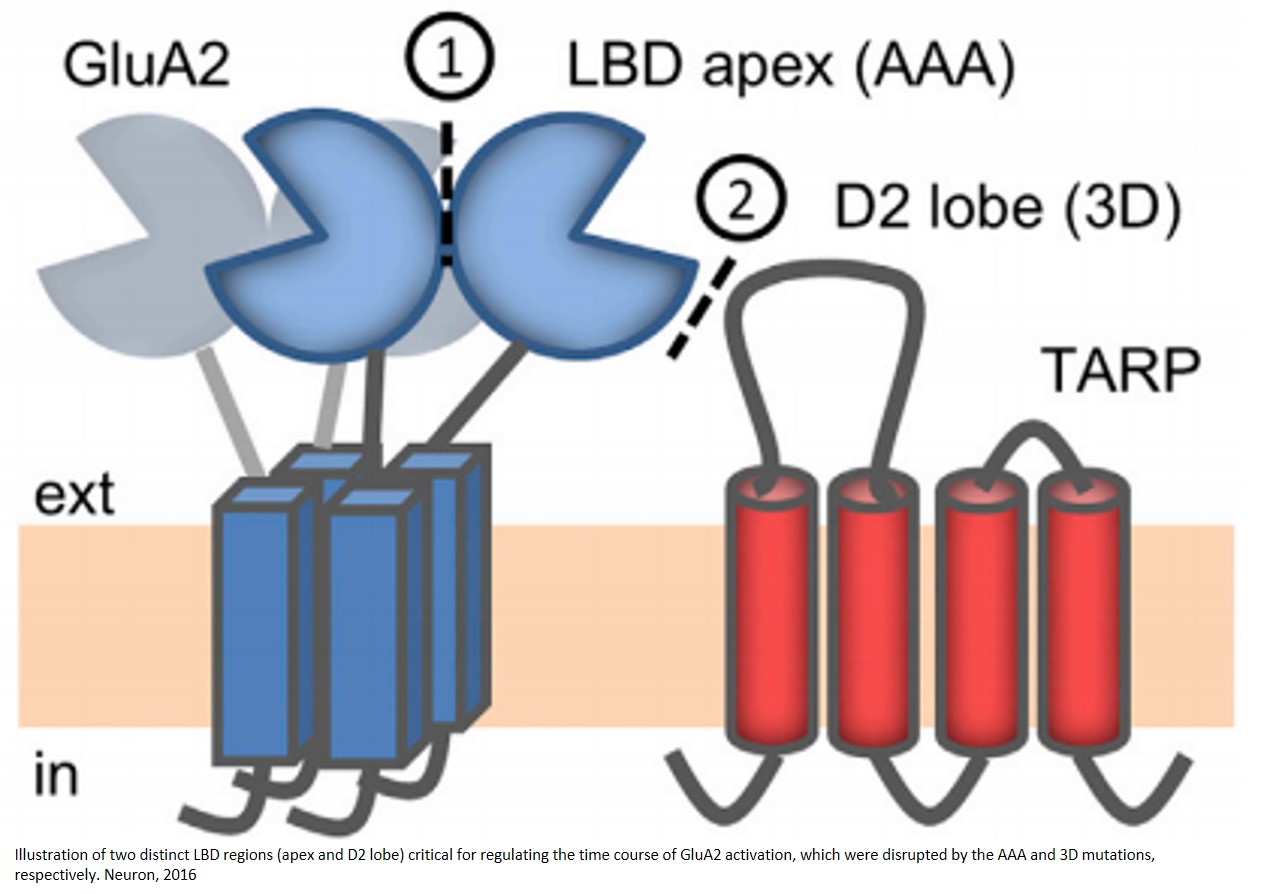 Surprisingly complex interactions between neurotransmitter receptors and other key proteins help explain the brain's ability to process information with lightning speed, according to a new study published in the journal Neuron.

Understanding how the brain signals information is a major focus of neuroscientists, since it is crucial to deciphering the nature of many brain disorders, from autism to Alzheimer's disease. A stubborn problem, however, has been the challenge of studying brain activity that switches on and off on the millisecond time scale.

To tackle this challenge, the research teams combined multiple techniques to examine the atomic structure of the AMPA receptor and how it interacts with its partner or auxiliary proteins.

They identify two structural motifs that determine the time course of AMPAR channel activation. A network of electrostatic interactions at the apex of the AMPAR ligand-binding domain (LBD) is essential for gating by pore-forming subunits, whereas a conserved motif on the lower, D2 lobe of the LBD prolongs channel activity when auxiliary subunits are present.

Accordingly, channel activity is almost entirely abolished by elimination of the electrostatic network but restored via auxiliary protein interactions at the D2 lobe.

In summary, they propose that activation of native AMPAR complexes is coordinated by distinct structural pathways, favored by the association/dissociation of auxiliary subunits.

"The findings reveal that the interplay between AMPA receptors and their protein partners that modulate them is much more complex than previously thought," says lead researcher.