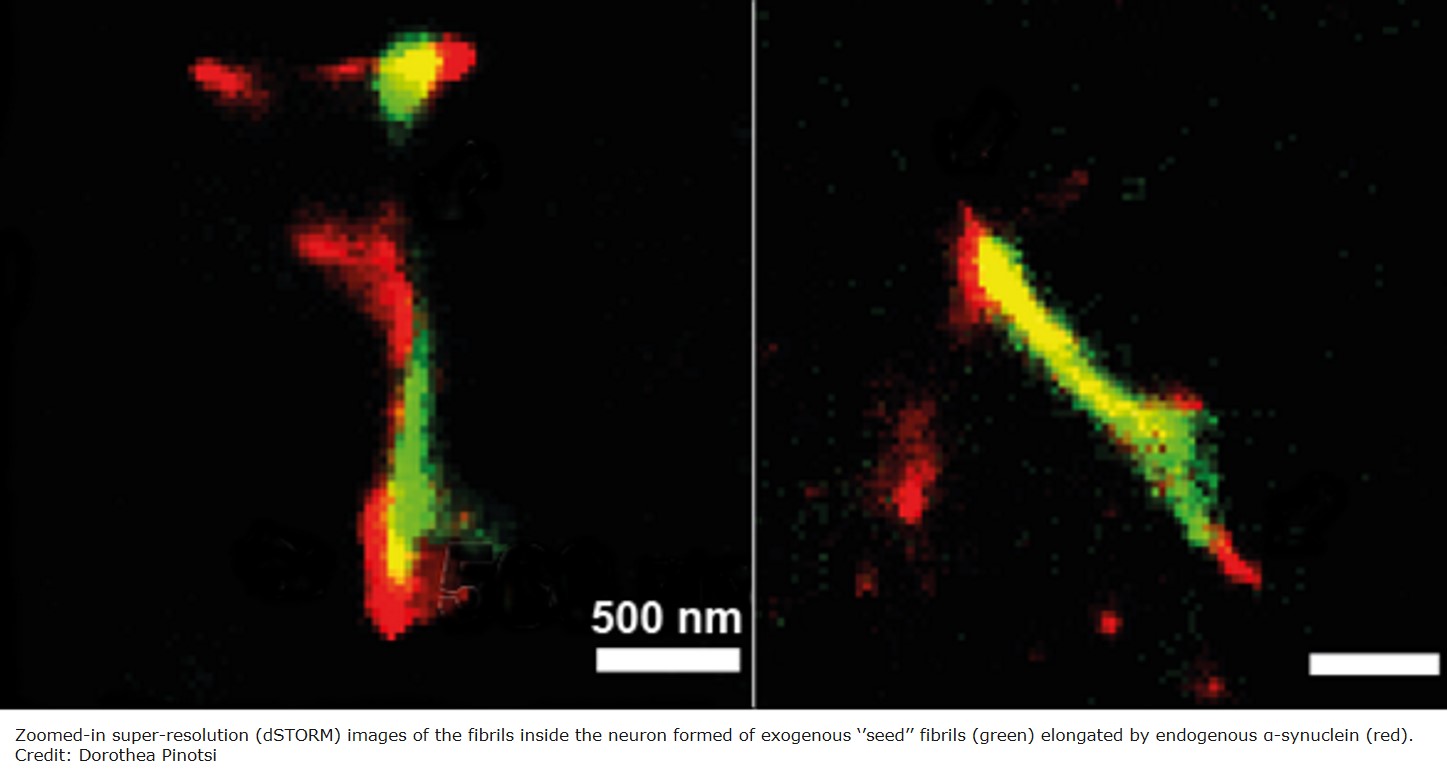 Parkinson's disease is one of a number of neurodegenerative diseases caused when naturally occurring proteins fold into the wrong shape and stick together with other proteins, eventually forming thin filament-like structures called amyloid fibrils. These amyloid deposits of aggregated alpha-synuclein, also known as Lewy bodies, are the hallmark of Parkinson's disease.

Researchers have used a non-invasive method of observing how the process leading to Parkinson's disease takes place at the nanoscale, and identified the point in the process at which proteins in the brain become toxic, eventually leading to the death of brain cells.

The results suggest that the same protein can either cause, or protect against, the toxic effects that lead to the death of brain cells, depending on the specific structural form it takes, and that toxic effects take hold when there is an imbalance of the level of protein in its natural form in a cell. The study is published in the journal Proceedings of the National Academy of Sciences.

Using super-resolution microscopy, researchers from the University of Cambridge were able to observe the behaviour of different types of alpha-synuclein, a protein closely associated with Parkinson's disease, in order to find how it affects neurons, and at what point it becomes toxic.

Researchers have used optical 'super-resolution' techniques to look into live neurons without damaging the tissue. They used different forms of alpha-synuclein and observed their behavior in neurons from rats. They were then able to correlate what they saw with the amount of toxicity that was present.

"These findings change the way we look at the disease, because the damage to the neuron can happen when there is simply extra soluble protein present in the cell - it's the excess amount of this protein that appears to cause the toxic effects that lead to the death of brain cells," said the author. Extra soluble protein can be caused by genetic factors or ageing, although there is some evidence that it could also be caused by trauma to the head.