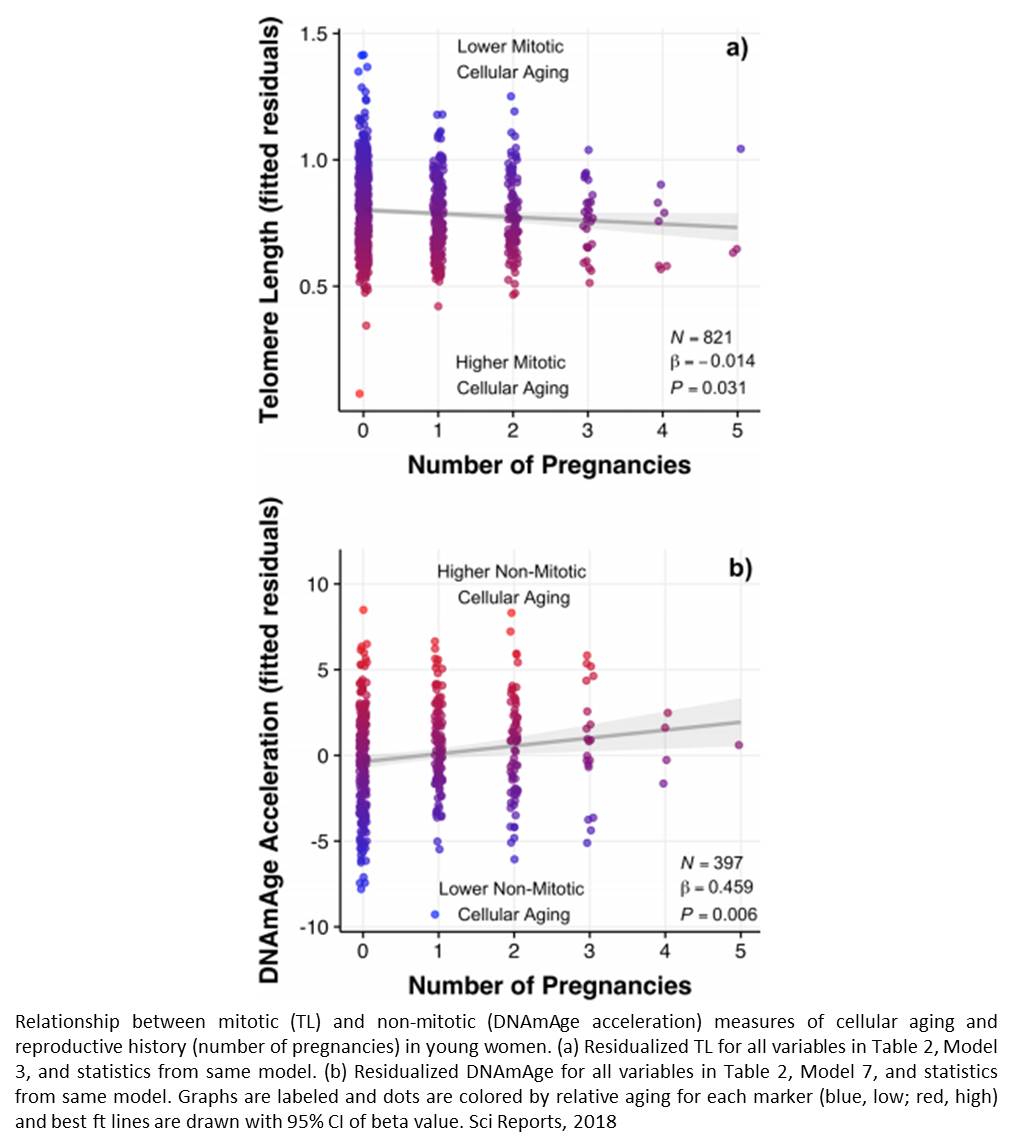 Multiple pregnancies might make women's cells age more quickly, a newstudy suggests. The findings, published in Scientific Reports, were reached by looking at two separate markers of cellular aging -- telomere length and epigenetic age -- in hundreds of young women with different reproductive histories in the Philippines.

"Telomere length and epigenetic age are cellular markers that independently predict mortality, and both appeared 'older' in women who had more pregnancies in their reproductive histories," said the lead author of the study. "Even after accounting for other factors that affect cellular aging, the number of pregnancies still came out on top."

Cellular aging was accelerated by between 0.5 and 2 years for each additional pregnancy, a surprisingly large effect according to the researchers. Another finding they did not expect was the fact that women who were currently pregnant had cells that looked younger -- not older -- than predicted.

"Paradoxically, even though a woman's biological age was higher with each child that she had, if a woman was pregnant when the measurements were taken, her epigenetic age, and to a lesser extent her telomeres, looked 'younger' than predicted for her chronological age," said the senior author of the study.

"It's an interesting situation in which pregnancy makes someone look temporarily 'young,' but there appears to be some lasting, cumulative relationship between the number of pregnancies and more accelerated biological age."

Researchers have known from historical records and epidemiological studies that women who have many children tend to have slightly shorter lives and succumb to different diseases than those who don't.

"What we didn't know was whether we could detect these kinds of effects using measures of cellular aging," the lead author said. "We also didn't know if we would even detect such effects among the relatively young women in this population, all of whom were 20 to 22 years old at the time."

"Our study was conducted in Cebu, Philippines, where energy can be limited, and physical workloads are frequently high," the lead author said. "In the high-resource environments typical of Europe and the U.S., the health risks associated with pregnancy might be lower."

Although there is good evidence that having more children, especially more than four or five, can increase the risk of certain diseases and shorten lifespan, researchers still don't really know why.

"Our study points to cellular changes during pregnancy, possibly related to adaptive changes in the mother's immune system as a possible explanation," said the senior author. "There's still a lot we don't know. For instance, it's not clear whether these relationships will persist into later life as these women age. We also do not know whether these changes will actually lead to less favorable long-term health outcomes."

To answer these questions, a follow-up study on the same women 13 years after the first measurements, taken in 2005, is already underway.

"We want to see if we can replicate these findings longitudinally and if cells still look older later in life," the lead author said. "We still have a lot of questions to address that we hope will help us understand how factors like socioeconomic status and diet might contribute to costs of reproduction in women."