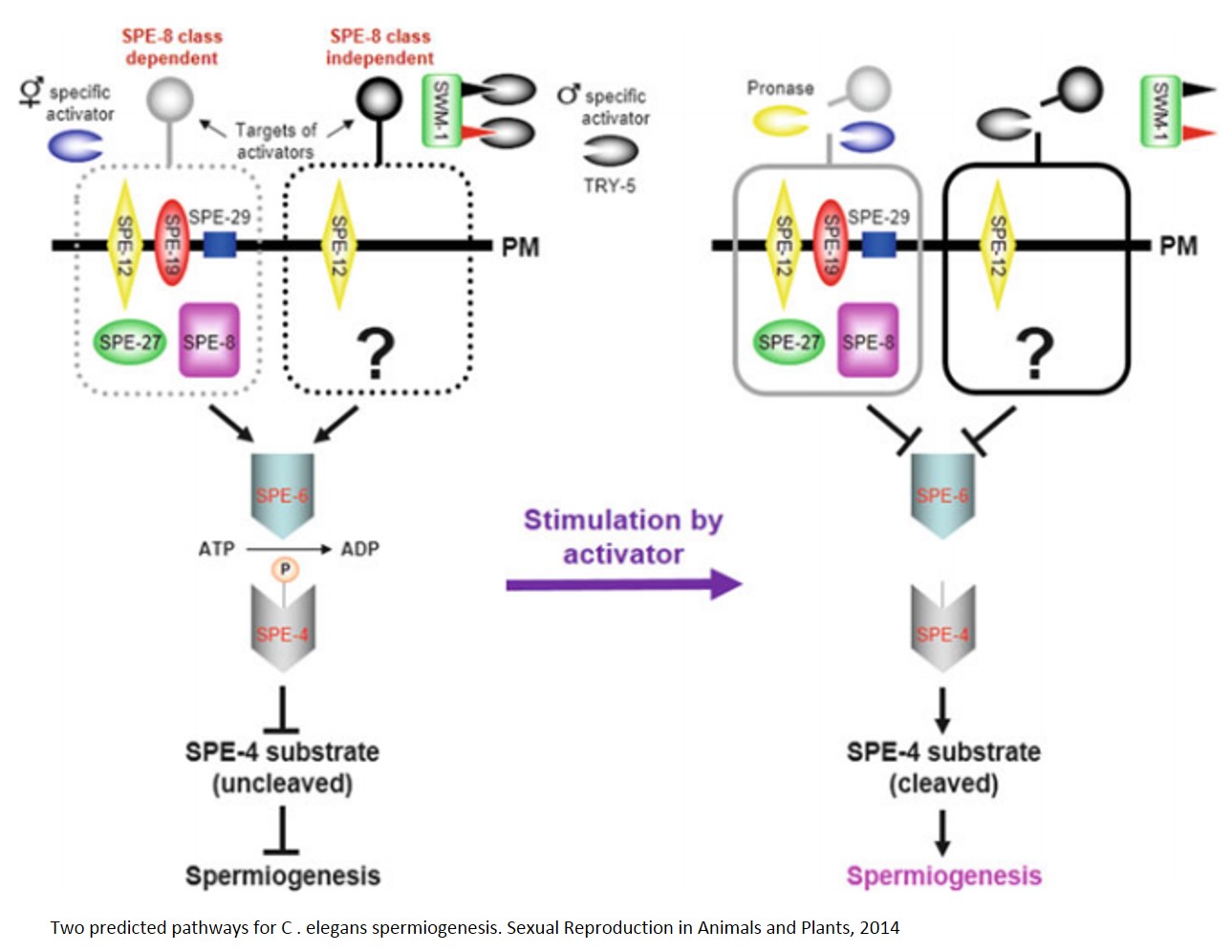 In a study published in Current Biology, scientists identified a protein, SPE-45, on the sperm of C. elegan worms that help bind sperm to eggs during fertilization. It is the same as the Izumo protein considered essential for humans and other mammals to reproduce that was discovered a decade ago by Japanese scientists who named it after a marriage shrine in Japan.

The research suggests that a common ancestor to both worms and humans had a SPE-45/Izumo-like gene that was required for sperm to function properly at fertilization.

In the new study, scientists found that worms produced normal-looking sperm but could not create offspring because the sperm cell lacked the SPE-45 protein on its surface similar to sperm in humans and other mammals that lacked the Izumo protein. Blocking the protein prevents sperm from binding and fusing with the egg.

The discovery was corroborated by another team of scientists. Taking a different approach and using computer analysis to look at DNA sequences, this international team came up with the same conclusion which was also published in Current Biology. Comparing the worm and mammalian DNA sequences they created a hybrid SPE-45/Izumo molecule that can cure infertility in worms.

Since studying human infertility directly is very challenging due to many ethical and experimental limitations, making a genetic connection between worms and humans will help in future treatments because scientists can do experiments in worms to learn more about the function of Izumo-like molecules that they cannot do in mammals, author said.