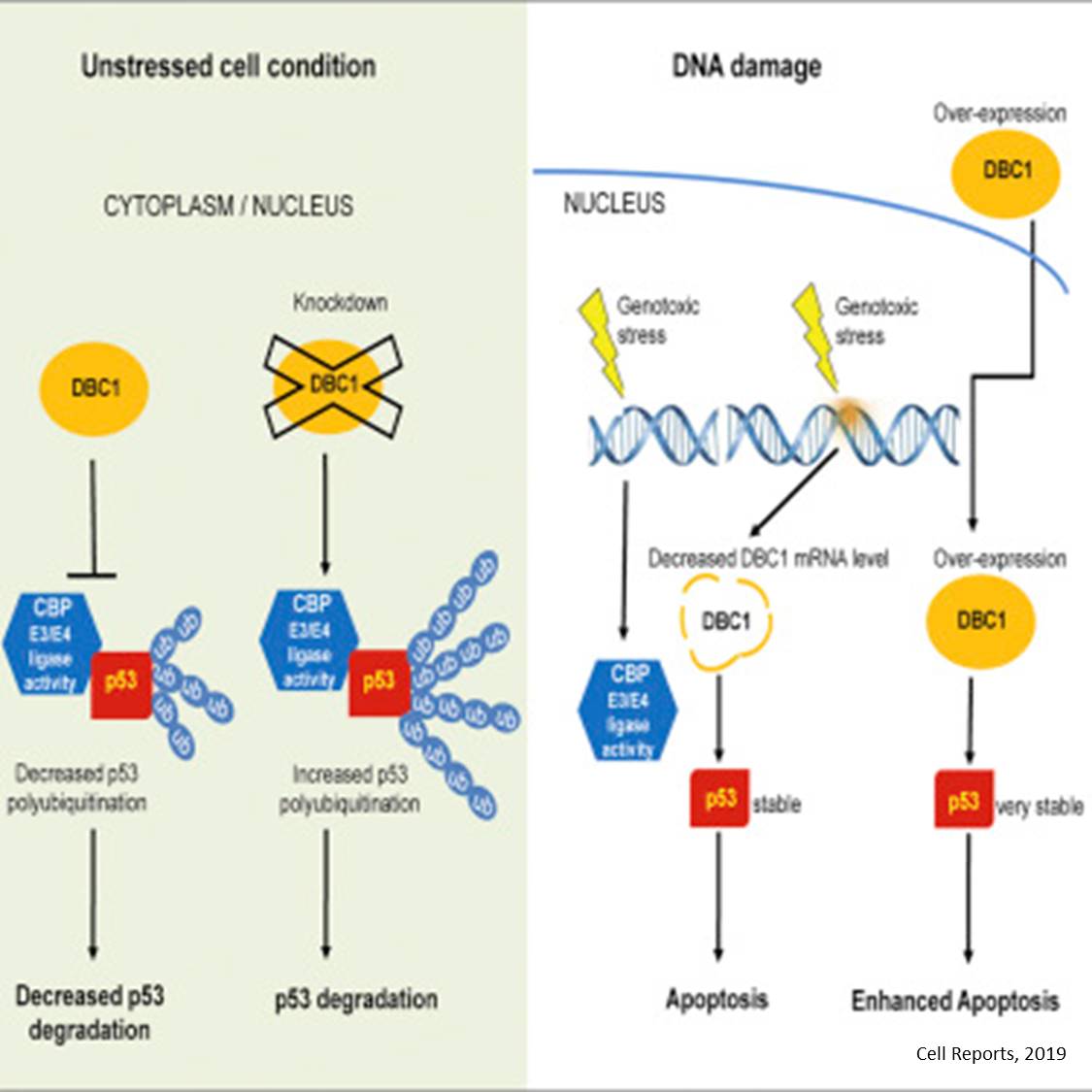 Scientists have discovered that the loss of a protein called DBC1 in breast cancer cells leads to the dysregulation of normal anti-cancer functions, contributing to cancer cell growth and resistance to therapies. By restoring the expression of this protein, doctors may be able to help prevent the development of cancer and increase the effectiveness of common cancer treatments.

Recently published in the journal Cell Reports, the study used mass spectrometry to identify proteins that interact with processes that regulate the gene p53, which normally acts to suppress the development of cancer and has been found to be dysregulated in a majority of cancer types.

"We screened for proteins that interact with a protein within the nucleus of cells called CREB binding protein (CBP) that is known to regulate the gene p53. We found one of the proteins discovered in this screen called DBC1 is critical to maintaining the levels and activity of p53, and the gene encoding for this protein is frequently deleted in breast cancer cells," says the study's lead author.

Previous research has shown that the CBP works with another protein known as MDM2 to maintain p53 levels in cells. This latest work shows that DBC1 regulates CBP activity, and therefore plays an essential role in maintaining p53 activity and abundance in normal cells.

The scientists used human breast cancer cell lines and mouse models to test their findings. They discovered that DBC1 levels decrease in response to cellular stress, which can be caused by platinum-based cancer drugs, for example. This drop in DBC1 decreased p53 levels, making the cells resistant to p53-mediated apoptosis, a form of controlled cell suicide. Many cancer drugs work by inducing apoptotic cell death.

The team showed that maintaining DBC1 levels in cancer cells exposed to cisplatin, a platinum-based cancer drug, caused a substantially increased response to the drug.

"This shows that cancer cells have developed finely tuned responses to control DBC1 levels in order to avoid exaggerated apoptotic responses," says the senior author. "We're hopeful we can intervene in these processes and develop new strategies that increase the effectiveness of therapies for a variety of cancers shown to have dysregulated DBC1 levels, such as breast, lung and prostate cancers."