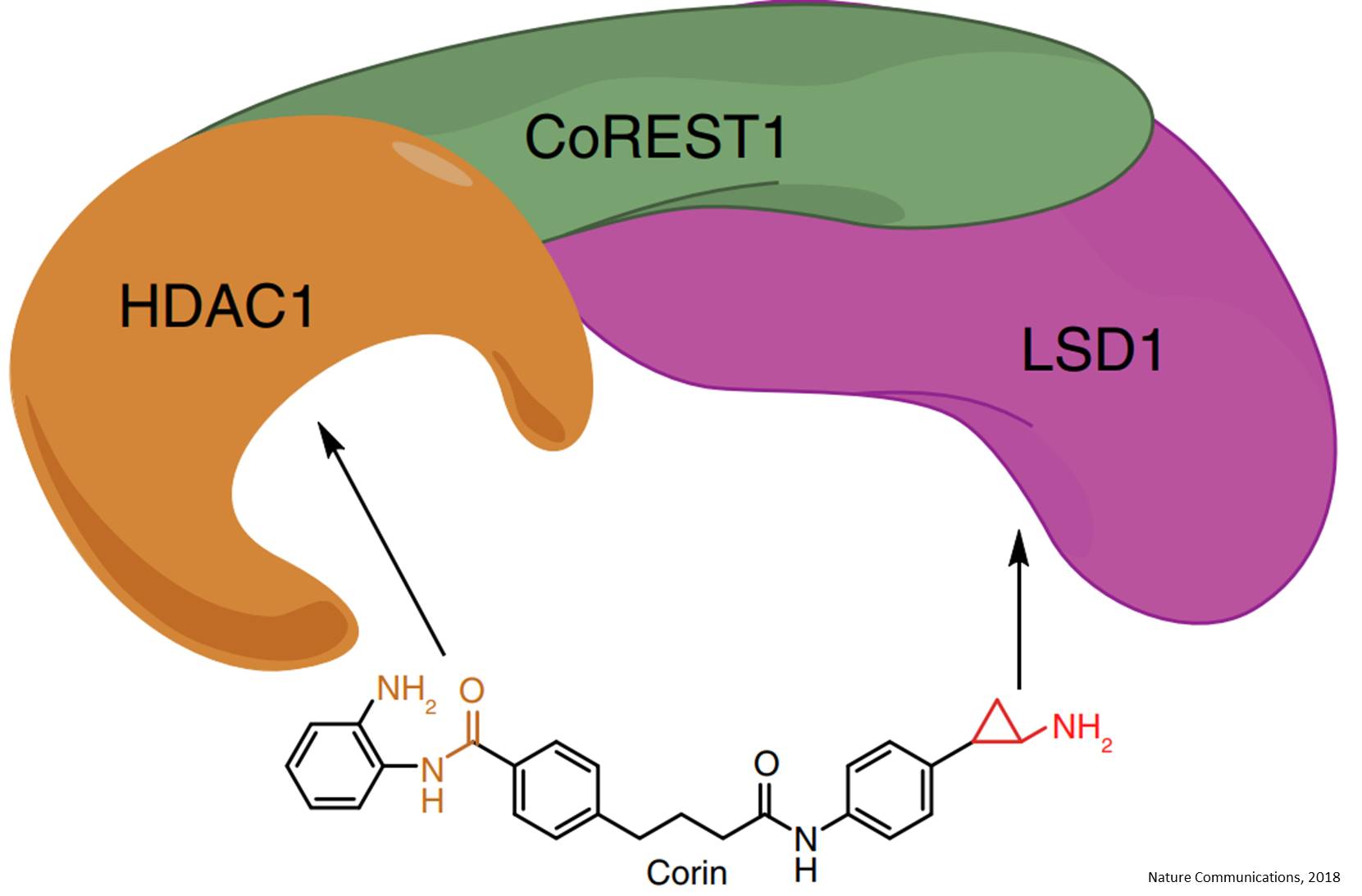 An international team of researchers has developed a novel compound that successfully inhibits growth of melanoma cells by targeting specific epigenetic modifying proteins in these cells.

In the human body cells turn genes on and off by means of chemical modifications that change DNA and related proteins. These epigenetic changes are continuous and are at the core of how healthy cells transform into cancer cells. These modifications contribute to a tumor's ability to grow indefinitely, as well as making tumor cells drug resistant and capable of surviving treatments intended to kill them.

The new compound, Corin, specifically targets these epigenetic changes in cells and could therefore provide significant improvements in patients without unwanted side effects. These findings appear in the journal Nature Communications.

Currently there are few epigenetic drugs in clinical use, including histone deacetylase (HDAC 1) inhibitors, which are used to treat some lymphomas and histone demethylase inhibitors (LSD1) which are used to treat some leukemias. These reagents have not been more broadly useful in cancers due to their limited therapeutic window and untoward side effects.

Researchers developed a unique compound, Corin that specifically act to inhibit both demethylase an deacetylase activity in cells. Corin is particularly attractive as an inhibitor of epigenetic modifications because it has dual-target specificity which allows for more selective targeting of epigenetic complexes in treated cells.

"It is anticipated that this novel compound will have significant efficacy in human melanomas and other cancers either as a stand-alone therapy or in combination with other targeted or immune-based therapies," explained co-corresponding author.

To evaluate the efficacy of this new compound, the researchers first tested it using a cell culture system to evaluate melanoma cell biology in vitro and found a variety of cancer-associated processes were affected, including cellular growth, differentiation and migration. The compound then was tested in an experimental model for melanoma and found to significantly inhibit tumor cell growth without appreciable toxicities.

The researchers believe there are other disease entities, aside from cancers, that may be significantly affected by targeted epigenetic therapies. Most notably, immune-mediated diseases are expected to be significantly influenced by such reagents as epigenetic changes have been widely noted to influence the immune system. "It is expected that this study will lay the foundation for developing a new class of potent and effective cancer therapies and the development of reagents targeting epigenetic events in immune-mediated diseases as well as other epigenetically-influenced diseases," said the author.