A protein that spreads cancer identified! 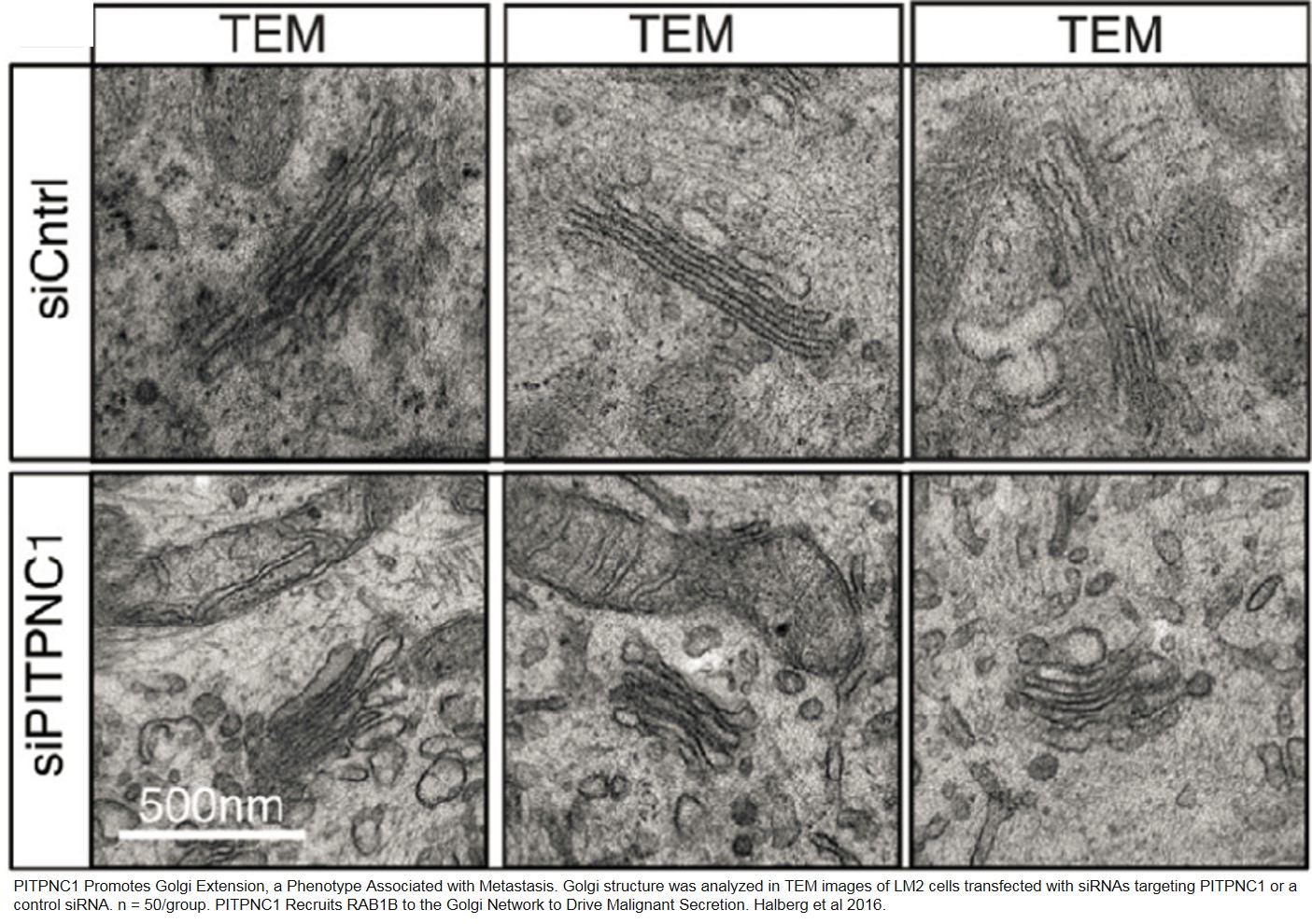 The researcher also discovered that this protein, that characterizes the aggressive cancer cells, has got a very specific function in the process of spreading cancer.
The cancer cells spread from one place in the body to another, through the blood vessel. To get into the blood vessels, the cell needs to penetrate tissue, both when it leaves the tumor and when it is attaching to a new organ.

"The protein PITPNC1 regulates a process whereby the cancer cells are secreting molecules, which cut through a network of proteins outside the cells, like scissors. The cancer cell is then able to penetrate the tissue and set up a colonies at new organ sites," author explains.

Authors show that PITPNC1 promotes malignant secretion by binding Golgi-resident PI4P and localizing RAB1B to the Golgi. RAB1B localization to the Golgi allows for the recruitment of GOLPH3, which facilitates Golgi extension and enhanced vesicular release. PITPNC1-mediated vesicular release drives metastasis by increasing the secretion of pro-invasive and pro-angiogenic mediators.