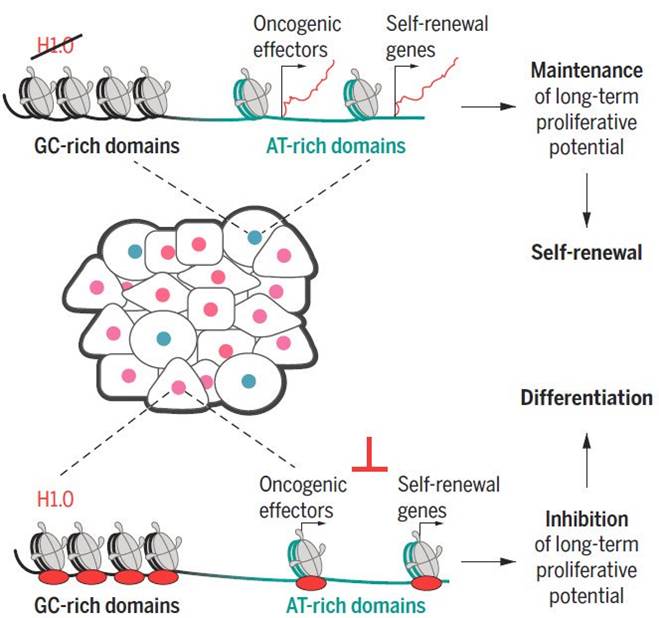 An international study revealed a survival mechanism in cancer cells that allows the disease to erupt again even after aggressive treatment. In a paper published in Science (LINK) the researchers describe the mechanism by which cancer tumor cells become cancer stem cells that can sustain long-term growth.

When cancer develops, the generated cells are not uniform in their biological properties and contribute differently to tumor development. Only a small portion of cancer cells can form new tumors or metastases, and these are called "cancer stem cells". This disparity between tumor cells poses major challenges in understanding the nature of the tumor, its sensitivity to drugs, and planning an effective treatment that will eliminate all tumor cells.

Cancer stem cells are not limited to the tumor itself and they are able to engage again in healthy environment and stimulate the disease. The research team found that in a number of cancer types, those cancer stem cells lose one of their DNA packaging proteins - H1.0. By binding to DNA, H1.0 silences the expression of the genes it binds to.

"We found that the disappearance of H1.0 is crucial for the cancer cells to remain immortal. To understand the mechanism of action, we mapped its interaction with DNA and found that it binds to the genes' regulatory regions. When H1.0 levels go down, the genes to which it binds can be activated. These genes, it turns out, are the ones which provide the cancer cell with its immortal potential," explained the author.

The study is based on epigenetics - a scientific field that investigates gene expression in DNA by switching genes on and off. In order to identify the cancer stem cells from other cells in the tumor, the research team studied epigenetic mechanisms that distinguish between the least-sorted cells, with endless division properties and a potential to create growth, and the more sorted cells which lack this ability.

The results showed an inverse relation between H1.0 and the division of cancer cells: "As the H1.0 levels fall, the greater the potential of uncontrolled division of cells. In contrast, high levels of the protein prevent this process. We found that the disappearance of protein H1.0 is characteristic of cancer stem cells and it is necessary to maintain the ability of partition and the potential for growth creation."

The discovery could open the door for medical intervention in cancer stem cells aimed at the restoration of high levels of H1.0 in all cancer cells and by that blocking the differentiation of cancer cells. While further research is needed to understand the effectiveness of H1.0 protein in preventing the spread of cancer growth, this research advances significantly the study of the mechanisms of cancer stem cells and the relatively new epigenetic approach to cancer research.