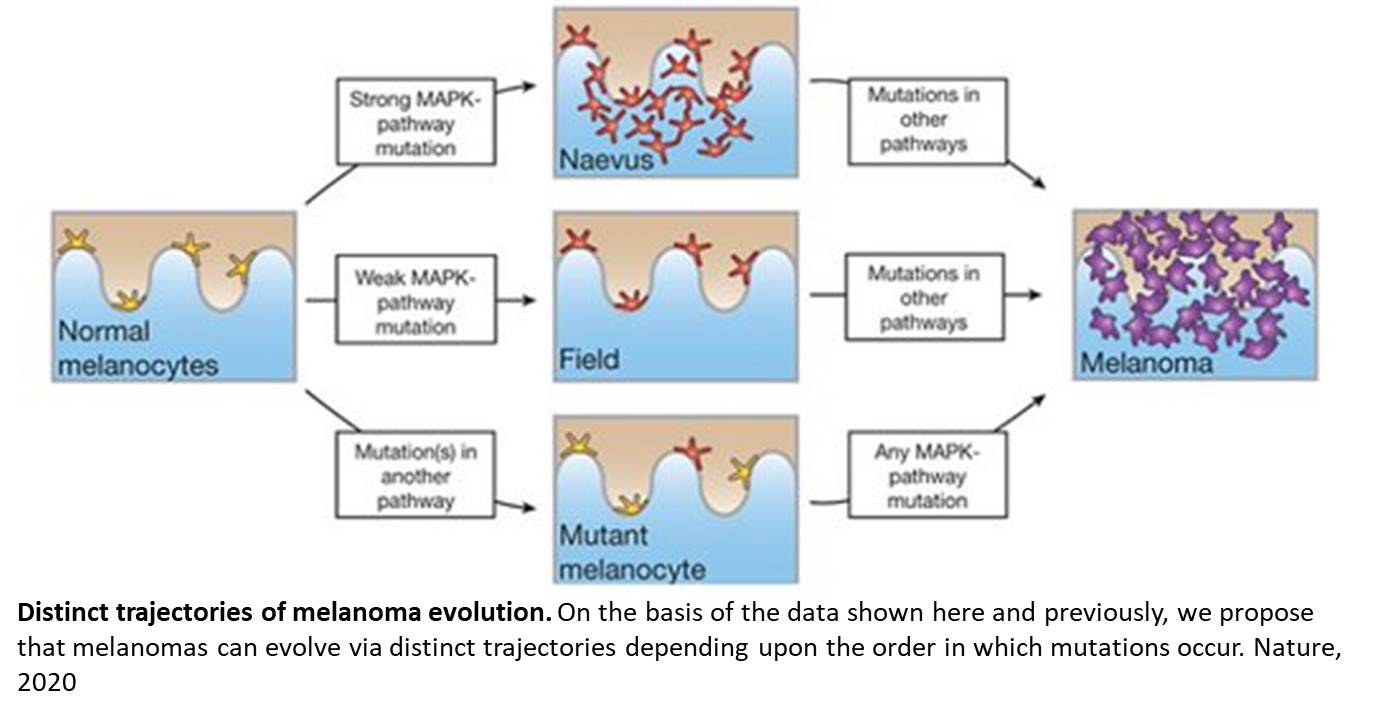 Risk for melanoma, the most deadly skin cancer, can be estimated long before detection of any suspicious moles, according to a new study to detect DNA mutations in individual skin cells.

Skin damage from the sun builds up over time but is often not obvious to the eye. However, DNA within skin cells also accumulates damage over years of exposure to the sun's ultraviolet rays, and this damage can be measured.

The genomic methods used to probe skin damage in the new study could be developed to estimate baseline melanoma risk for individuals in the general population, and to make recommendations about how often someone should be screened for cancer by a dermatologist, according to senior author. The study was published in Nature.

"It turns out that a multitude of individual cells in so-called normal skin are riddled with mutations associated with melanoma, which are a result of sun exposure," said the author. "Melanoma is an endpoint most often seen only after decades of mutational damage, but some people are at greater risk than others. With the techniques we have developed, those who have the most accumulated mutations can be monitored more closely and can choose to better protect themselves from sun exposure."

Melanoma arises in a type of skin cell called a melanocyte, the focus of the Nature study. Melanocytes make the pigment melanin, which helps protect skin cells, including the much more abundant keratinocytes, from sun damage. But melanocytes pose the greatest risk when DNA damage causes them to grow out of control.

In the Nature study, researchers sequenced melanocyte DNA in skin samples, one cell at a time, to tally mutations, with an emphasis on a handful of mutations that are the main drivers of the emergence and growth of melanoma. The samples came from six individuals, two melanoma survivors and four cadavers of persons never afflicted by melanoma. All were white. The researchers analyzed DNA from a total of 133 melanocytes from the back, head, legs, shoulder, buttocks and feet.

Melanocytes from normal skin near the melanoma in the former cancer patients had strikingly more mutations, including melanoma-associated mutations, than skin from the same sites in individuals who never had melanoma, the researchers found.

People with many moles should still be screened, the author said, but only 30 percent of melanomas arise from pre-existing moles.

"Melanomas really can appear out of nowhere," the senior author said. "We found out in this work that normal skin contains numerous melanocytes that already exhibit some of the mutations associated with cancer. Essentially, we found the precursors to the 70 percent of melanomas that do not arise from pre-existing moles."

Although more sun exposure leads to higher risk, the relationship is complex, the author said, and relates to skin tone, inherent DNA-repair capacity, and other factors. Childhood sunburns might pose greater risk than occupational exposures during adulthood, such as working outdoors. "Measuring mutations may be a good way to gauge the net effect of all these variables on melanoma risk," the author said.

Oddly, melanoma occurs more often on intermittently sun-exposed areas of the skin, such as the back or thighs, compared to chronically exposed areas, such as the face. Consistent with this pattern, the team found more mutations in melanocytes from the back and limbs than in skin from the head and neck.

The single-cell analyses conducted in the study enabled a focus on the relatively sparse melanocytes in skin and identification of cells with precancerous mutations, the author said, but accomplishing this goal required a new combination of technological approaches.

Because there is so little DNA in a single cell compared to a typical biological specimen containing a multitude of cells, the DNA must be amplified to obtain sufficient amounts. The enzymes used to amplify DNA introduce errors, but the team used additional lab methods to better distinguish amplification mistakes from true mutations, and developed computer algorithms to further enhance accuracy of the analysis.

"We anticipate that a streamlined, automated version of these methods will one day become widely available to gauge melanoma risk and could serve as the basis for cancer-screening recommendations," the author said.