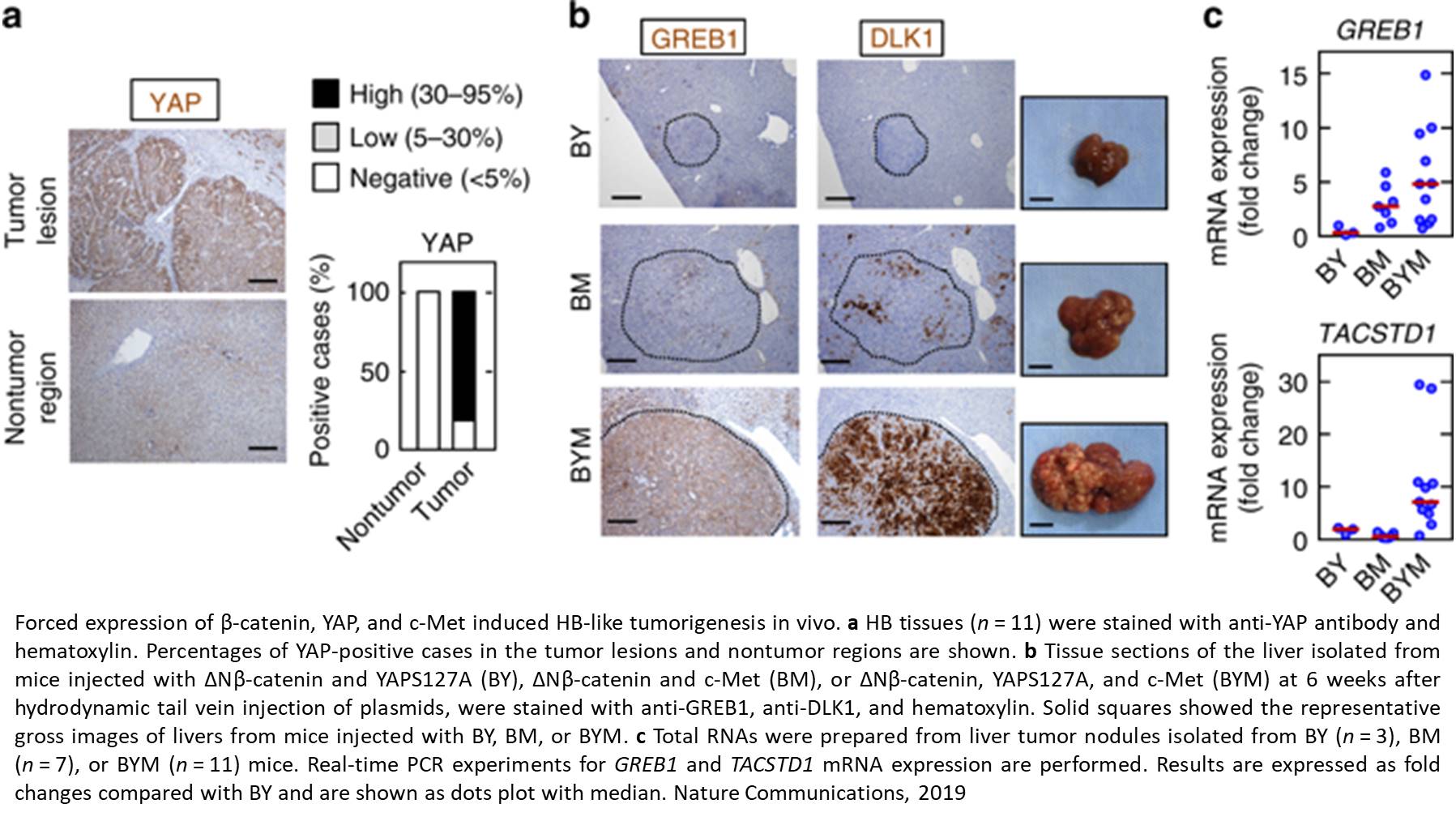 Hepatoblastoma is a rare form of liver cancer affecting just a few individuals per million. However, it is the leading cause of liver cancer in infants and young children, with most patients diagnosed before their third birthday.

While advances in surgery and chemotherapy have meant that the prognosis for hepatoblastoma patients is generally quite good, aggressive forms of the disease leave some young patients with few treatment options and poor long-term survival rates. In a study published in Nature Communications, researchers have built on prior research to make a breakthrough in our understanding of the causes of hepatoblastoma, identifying a gene that could be key to developing a targeted therapy.

As far back as 1999, researchers realized that a large number of hepatoblastoma patients--up to 90% in some cases--carry mutations in a gene called β-catenin. As part of the Wnt/β-catenin signaling pathway, the β-catenin protein activates genes needed for cellular growth and differentiation. If left unchecked, β-catenin accumulation can result in tumor formation. Mutations in Wnt/β-catenin signaling components often lead to β-catenin accumulation and are common in several forms of cancer.

"We decided to screen uncharacterized Wnt/β-catenin target genes in liver tumor cells to try and identify novel genes with a role in the development of hepatoblastoma," explains lead author of the study. "One of the most abundantly expressed genes was growth regulation by estrogen in breast cancer 1 (GREB1), which is a well-known estrogen-responsive gene implicated in the growth of breast cancer cells."

While well-characterized in breast cancer, no one had determined that GREB1 was actually a target of Wnt/β-catenin signaling, and its role in non-hormone-sensitive tumor development was unconfirmed.
But after studying the protein in more detail, it became obvious to the researchers that GREB1 could be a major player in the development of hepatoblastoma.

"Overexpression of β-catenin in a mouse liver cancer model resulted in tumor formation and an increase in GREB1 expression," says corresponding author. "If we then suppressed the production of GREB1, we saw a decrease in hepatoblastoma cell proliferation and therefore fewer tumors in the study animals."

Because GREB1 is active in the nucleus, the researchers attempted to prevent tumor formation using amido-bridged nucleic acid-modified antisense oligonucleotides. These small single-stranded DNA molecules specifically interfere with the production of target proteins by binding to the mRNA. Significantly, the GREB1-targeted oligonucleotides successfully decreased GREB1 production and suppressed the formation of hepatoblastoma tumors.

Using this strategy, it is hoped that a GREB1-targeted therapy can now be developed to specifically treat hepatoblastoma.