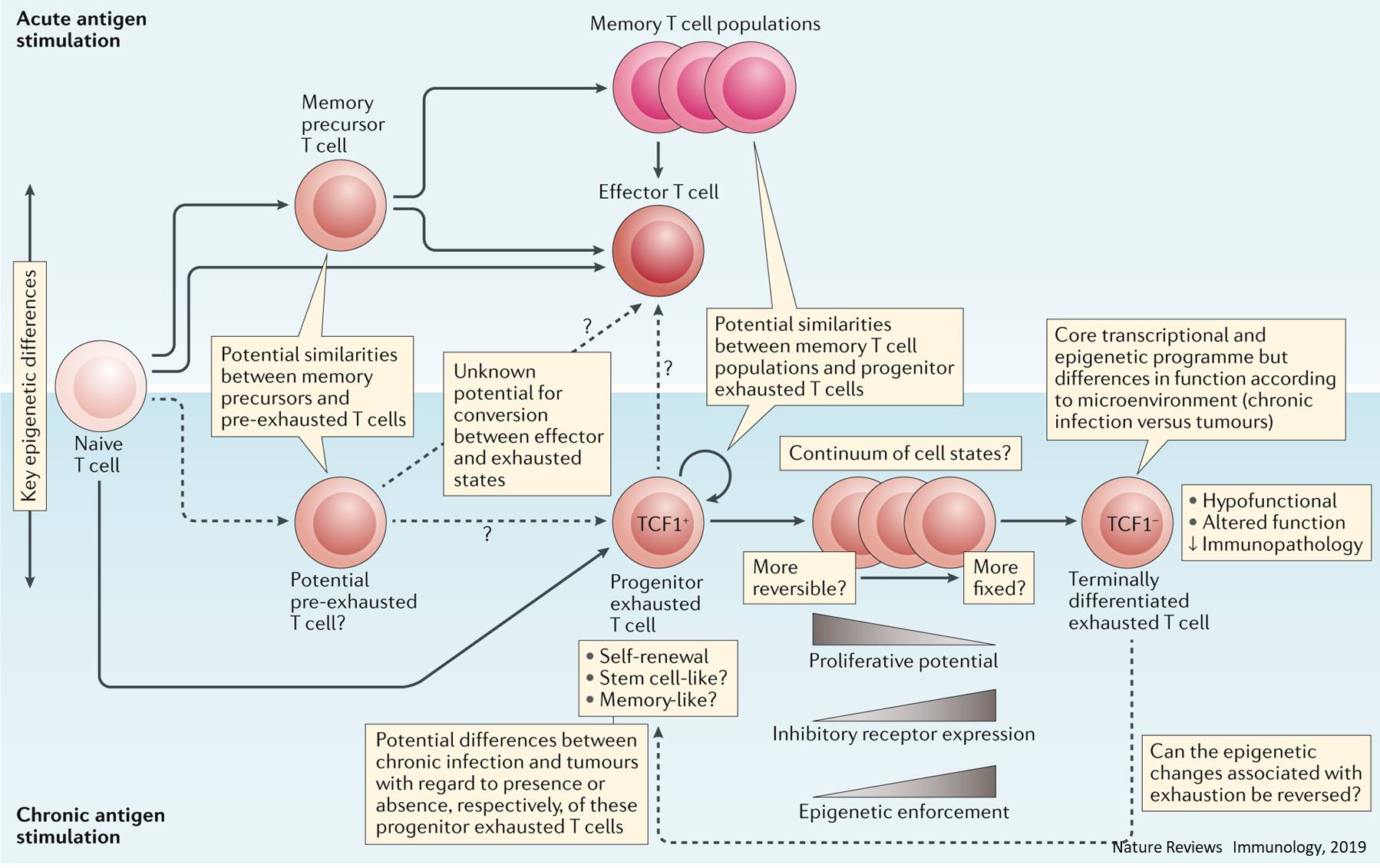 A new approach to programing cancer-fighting immune cells called CAR-T cells can prolong their activity and increase their effectiveness against human cancer cells grown in the laboratory and in mice, according to a study by researchers.

The ability to circumvent the exhaustion that the genetically engineered cells often experience after their initial burst of activity could lead to the development of a new generation of CAR-T cells that may be effective even against solid cancers -- a goal that has until now eluded researchers.

The studies were conducted in mice harboring human leukemia and bone cancer cells. The researchers hope to begin clinical trials in people with leukemia within the next 18 months and to eventually extend the trials to include solid cancers.

"We know that T cells are powerful enough to eradicate cancer," said the senior author. "But these same T cells have evolved to have natural brakes that tamp down the potency of their response after a period of prolonged activity. We've developed a way to mitigate this exhaustion response and improve the activity of CAR-T cells against blood and solid cancers."

CAR-T cells is an abbreviation for chimeric antigen receptor T cells. Genetically modified from a patient's own T cells, CAR-T cells are designed to track down and kill cancer cells by recognizing specific proteins on the cells' surface. CAR-T cell therapy made headlines around the world in 2017 when the Food and Drug Administration fast-tracked their approval for the treatment of children with relapsed or unresponsive acute lymphoblastic leukemia. Later that year, a version of CAR-T treatment was also approved for adults with some types of lymphoma.

But although blood cancers often respond impressively to CAR-T treatment, fewer than half of treated patients experience long-term control of their disease, often because the CAR-T cells become exhausted, losing their ability to proliferate robustly and to actively attack cancer cells. Overcoming this exhaustion has been a key goal of cancer researchers for several years.

The researchers wanted to understand more about what happens when T cells become exhausted and whether it might be possible to inhibit this exhaustion. The technique, called ATAC-Seq, pinpoints areas of the genome where regulatory circuits overexpress or underexpress genes.

"When we used this technique to compare the genomes of healthy and exhausted T cells," the senior author said, "we identified some significant differences in gene expression patterns." In particular, the researchers discovered that exhausted T cells demonstrate an imbalance in the activity of a major class of genes that regulate protein levels in the cells, leading to an increase in proteins that inhibit their activity.

When the researchers modified CAR-T cells to restore the balance by overexpressing c-Jun, a gene that increases the expression of proteins associated with T cell activation, they saw that the cells remained active and proliferated in the laboratory even under conditions that would normally result in their exhaustion. Mice injected with human leukemia cells lived longer when treated with the modified CAR-T cells than with the regular CAR-T cells. In addition, the c-Jun expressing CAR-T cells were also able to reduce the tumor burden and extend the lifespan of laboratory mice with a human bone cancer called osteosarcoma.

"Those of us in the CAR-T cell field have wondered for some time if these cells could also be used to combat solid tumors," the senior author said. "Now we've developed an approach that renders the cells exhaustion resistant and improves their activity against solid tumors in mice. Although more work needs to be done to test this in humans, we're hopeful that our findings will lead to the next generation of CAR-T cells and make a significant difference for people with many types of cancers."