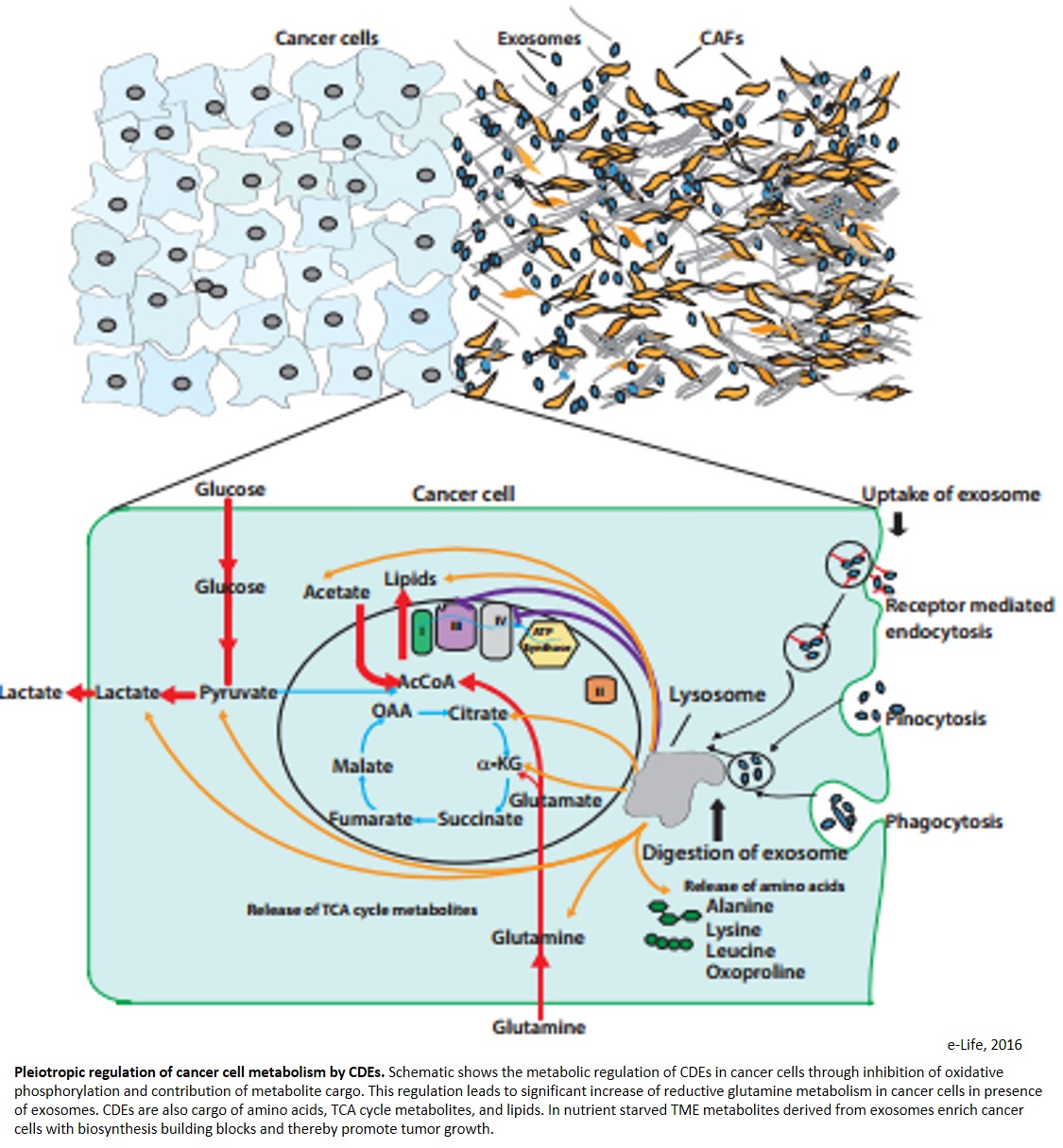 Cancer cells are well-known as voracious energy consumers. Experiments by researchers at Rice University show that some cancer cells get 30-60 percent of their fuel from eating their neighbors' "words."

Exosomes are tiny packets of proteins, microRNA and nucleic acids that cells emit into their environment to both communicate with neighboring cells and influence their behavior. Researchers found that some cancer cells are capable of using these information packets as a source of energy to fuel tumor growth.

The first experiments involved growing cultures of stromal cells, extracting their exosomes and exposing them to cancer cells, which were then monitored for metabolic changes. The tests suggested that the cancer was fueling itself by consuming amino acids directly from the exosomes, and a series of months long follow-up tests had to be conducted to rule out other possibilities.

The follow-up tests also suggest possible new treatment regimes. For example, in some tests, authors exposed cancer cell cultures to drugs that were known to block the uptake of exosomal signals. The tests, which showed that the cancer cell's metabolic activity dropped significantly, helped prove that the tumors were using the exosomes as fuel.

The fact that four of the drugs used in the tests -- heparin, cytochalasin D, ethyl-isopropyl amiloride and choloroquine -- are already approved by the Food and Drug Administration for other uses suggests that they may also be useful as chemotherapeutic agents.