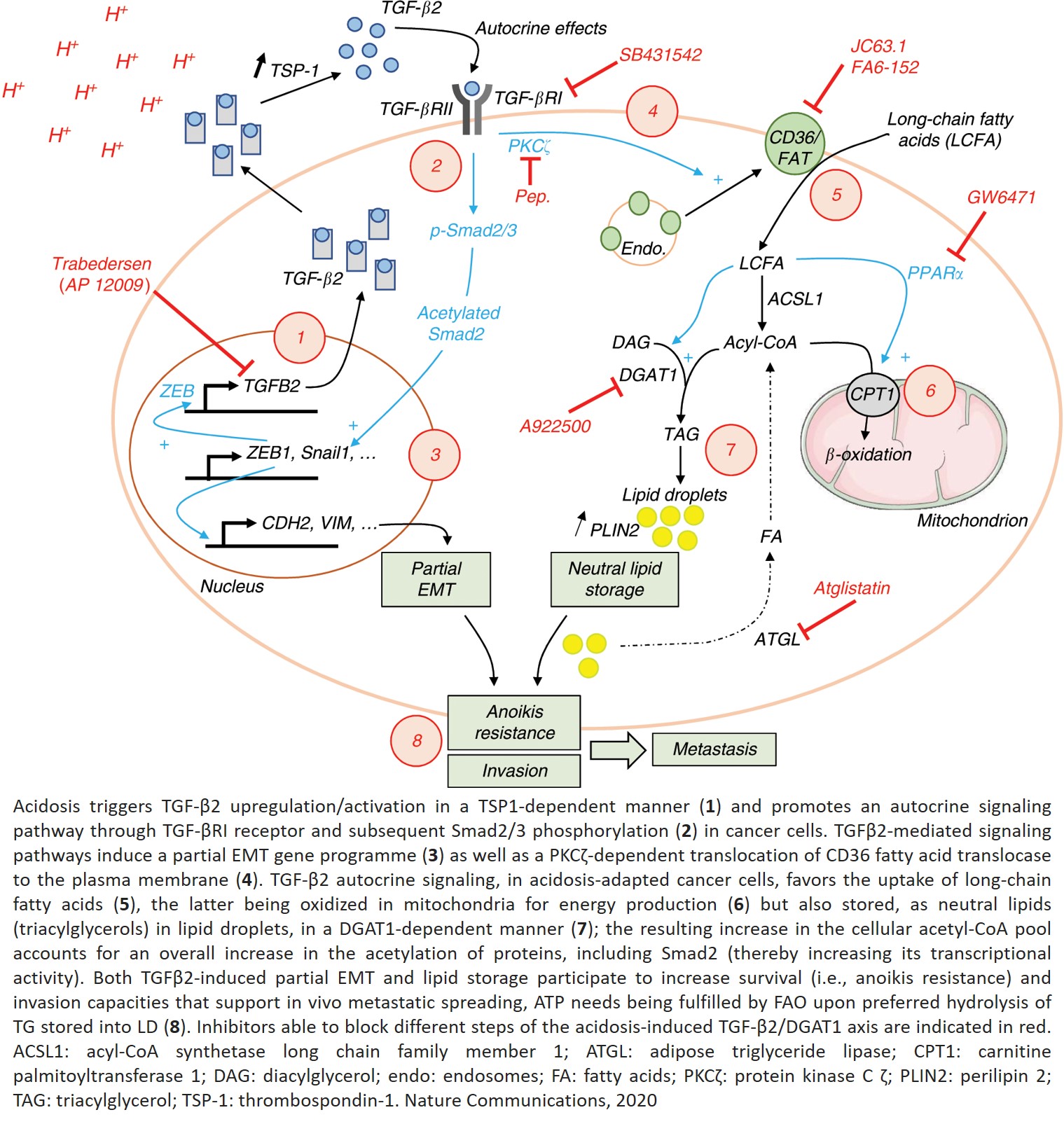 The authors already demonstrated that the most aggressive cancer cells use significant amounts of lipids as energy sources. Now they discovered that cancer cells store lipids in small intracellular vesicles called 'lipid droplets'. Cancer cells loaded with lipids are more invasive and therefore more likely to form metastases. The team sought to identify the link between lipid storage and metastatisation.

They identified a factor called TGF-beta2 as the switch responsible for both lipid storage and the aggressive nature of cancer cells. Moreover, it appeared that the two processes were mutually reinforcing. In fact, by accumulating lipids, more precisely fatty acids, cancer cells build up energy reserves, which they can then use as needed throughout their metastatic course.

Already known was that the acidity found in tumors promotes cancer cells' invasion of healthy tissue. The process requires the detachment of the cancer cell from its original anchor site and the ability to survive under such conditions (which are fatal to healthy cells).

The new finding demonstrated that this acidity promotes, via the same TGF-beta2 'switch', the invasive potential and formation of lipid droplets. These provide the invasive cells with the energy they need to move around and withstand the harsh conditions encountered during the metastatisation process. It's like a mountaineer who takes the food and equipment necessary to reach the summit in spite of complex weather conditions.

Concretely, this research opens up new therapeutic avenues thanks to the discovery of the different actors involved in metastasis. These actors can thus be targeted and combated. The team show that it is possible to reduce tumor invasiveness and prevent metastases using specific inhibitors of TGF-beta2 expression but also compounds capable of blocking the transport of fatty acids or the formation of triglycerides. Among the latter are new drugs that are being evaluated to treat obesity. Their indications could therefore be rapidly extended to counter the development of metastases, which is the major cause of death among cancer patients. The findings are published in the prestigious scientific journal Nature Communications.