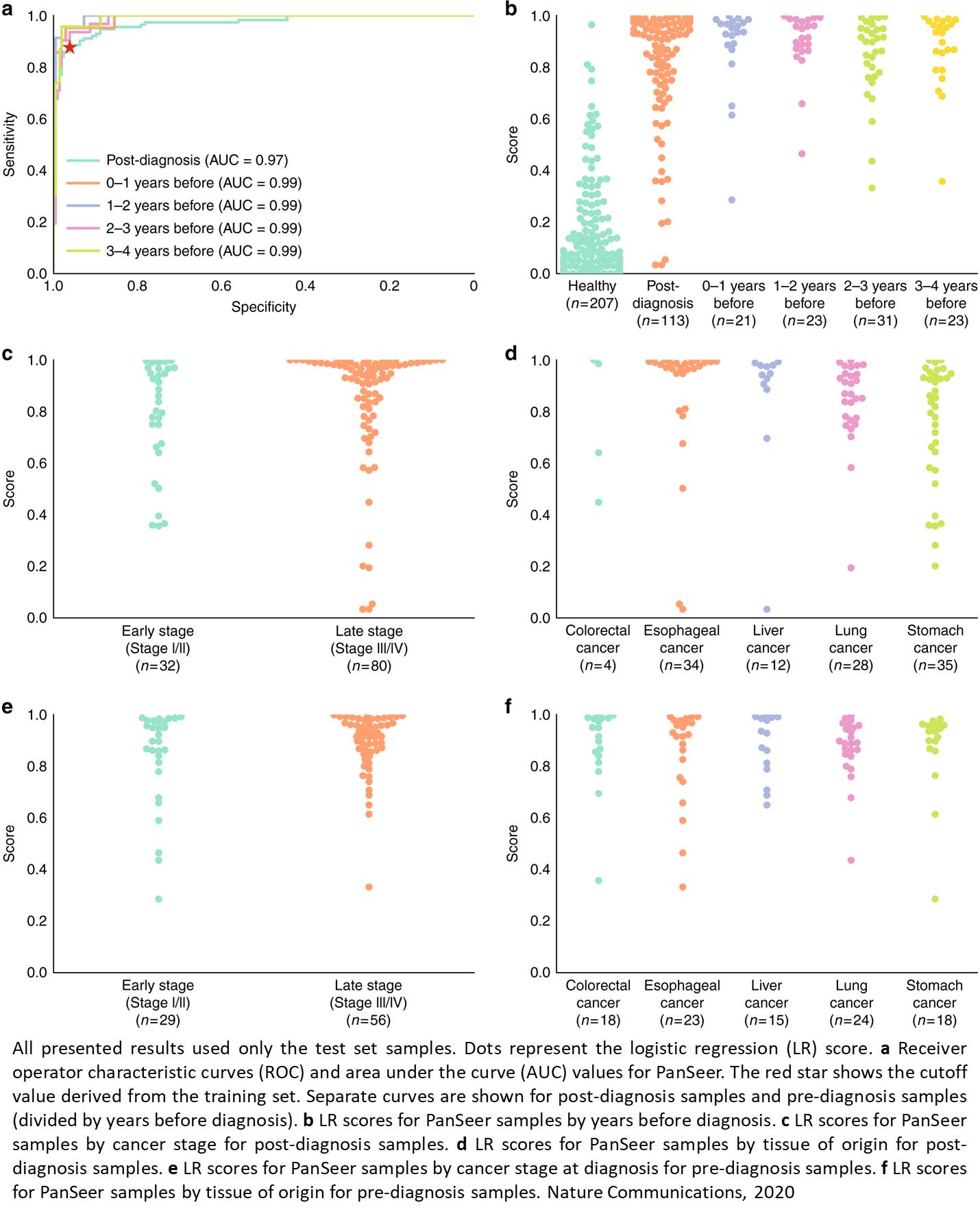 An international team of researchers has developed a non-invasive blood test that can detect whether an individual has one of five common types of cancers, four years before the condition can be diagnosed with current methods. The test detects stomach, esophageal, colorectal, lung and liver cancer.

The study is unique in that researchers had access to blood samples from patients who were asymptomatic and had not yet been diagnosed. This allowed the team to develop a test that can find cancer markers much earlier than conventional diagnosis methods. The samples were collected as part of a 10-year longitudinal study launched in 2007 by Fudan University in China.

"The ultimate goal would be performing blood tests like this routinely during annual health checkups," said one of the paper's corresponding authors. "But the immediate focus is to test people at higher risk, based on family history, age or other known risk factors."

Early detection is important because the survival of cancer patients increases significantly when the disease is identified at early stages, as the tumor can be surgically removed or treated with appropriate drugs. However, only a limited number of early screening tests exist for a few cancer types. The authors present their work in jputnal Nature Communications.

The researchers emphasize that the PanSeer assay is unlikely to predict which patients will later go on to develop cancer. Instead, it is most likely identifying patients who already have cancerous growths, but remain asymptomatic for current detection methods. The team concluded that further large-scale longitudinal studies are needed to confirm the potential of the test for the early detection of cancer in pre-diagnosis individuals.

Blood samples in the Nature Communications study were collected as part of the Taizhou Longitudinal Study, which has collected plasma samples from over 120,000 individuals between 2007 and 2017. Each individual gave blood samples over a 10-year period and underwent regular check-ins with physicians. In all, over 1.6 million specimens have been collected and archived to date.

Once a person was diagnosed with cancer, the researchers had access to blood samples taken one to four years before these patients even started to show symptoms.

The team was able to examine samples from both healthy and sick individuals from the same cohort. The authors performed an analysis on plasma samples obtained from 605 asymptomatic individuals, 191 of whom were later diagnosed with cancer. They also profile plasma samples from an additional 223 diagnosed cancer patients as well as 200 primary tumour and normal tissue samples.

The lab have been developing for over a decade methods to detect cancer based on a biological process called DNA methylation analysis. The method screens for a particular DNA signature called CpG methylation, which is the addition of methyl groups to multiple adjacent CG sequences in a DNA molecule. Each tissue in the body can be identified by its unique signature of methylation haplotypes. They did an early-stage proof-of-concept study that was published in a 2017 paper in Nature Genetics.

The senior author cofounded Singlera Genomics, which licensed technology developed at UC San Diego. In the past few years, Singlera Genomics has been working to improve and eventually commercialize early cancer detection tests, including the PanSeer test, which was used in the Nature Communications study.