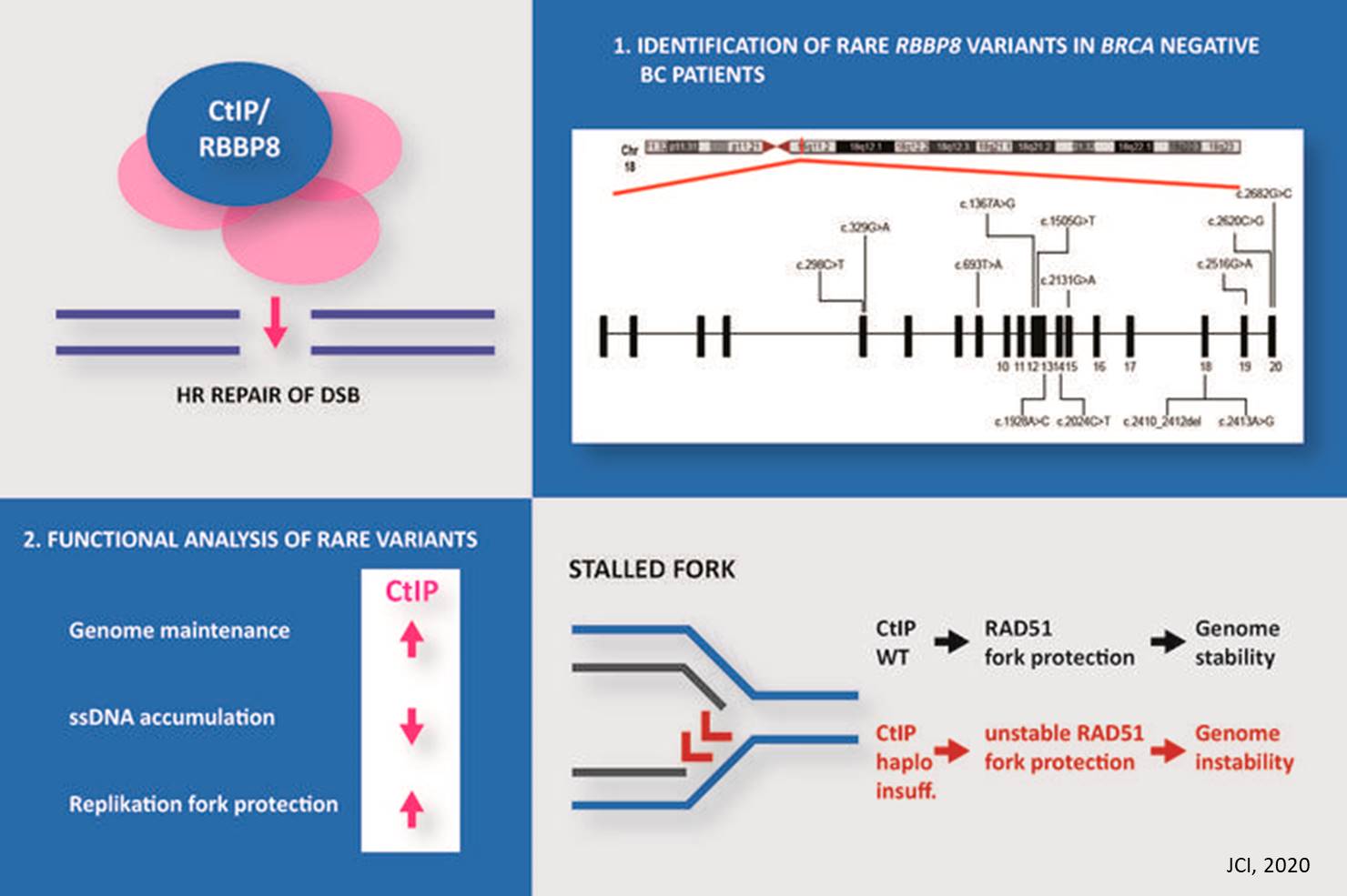 Over the past 20 years, our knowledge of hereditary diseases has taken a quantum leap, and several hereditary gene variants have been found that may predispose to the development of cancer. We have known for a long time that mutations in human BRCA1 and BRCA2 genes may lead to the development of cancer, especially in the ovaries and breast. But researchers around the world also know that there are still a great number of variants in our hereditary systems that may lead to life-threatening diseases such as breast cancer.

We have studied the biological significance of RBBP8 gene variants in a group of young women with breast cancer. It is a patient group where we assume that genetic factors play a role. We have now shown that RBBP8 normally protects the cells against damage to the genome and that a reduced RBBP8 function may, conversely, lead to cancer, says the senior author.

The RBBP8 gene which does the coding for the CtIP protein, has not previously been associated with the development of hereditary breast cancer. In the new study, just published in The Journal of Clinical Investigation, it is the conclusion that these are rare variants and mutations.

The study is based on a specific patient, but the group has subsequently studied the RBBP8 gene in both Danish patients and in larger international cohorts.

The researchers screened 129 young Danish patients who had been diagnosed with breast cancer at a young age, under 35, and subsequently, we performed extensive gene sequencing of a larger group of 1,092 patients with breast cancer or other cancers that did not have mutations in the BRCA1 or BRCA2 genes.

The mutations in RBBP8 may explain why some very young women develop breast cancer. The basic scientific studies of the protein show that RBBP8 plays a crucial role in protecting and regulating the human body's DNA because it repairs damage to the chromosomes.

The researchers hope that this study will form the basis for discoveries of more genes that may predispose to the development of cancer and, in the long term, offer studies that may help the early detection, diagnosis and treatment of cancer patients. Further studies, including family studies and international studies, are needed to more accurately map the risk of mutations.