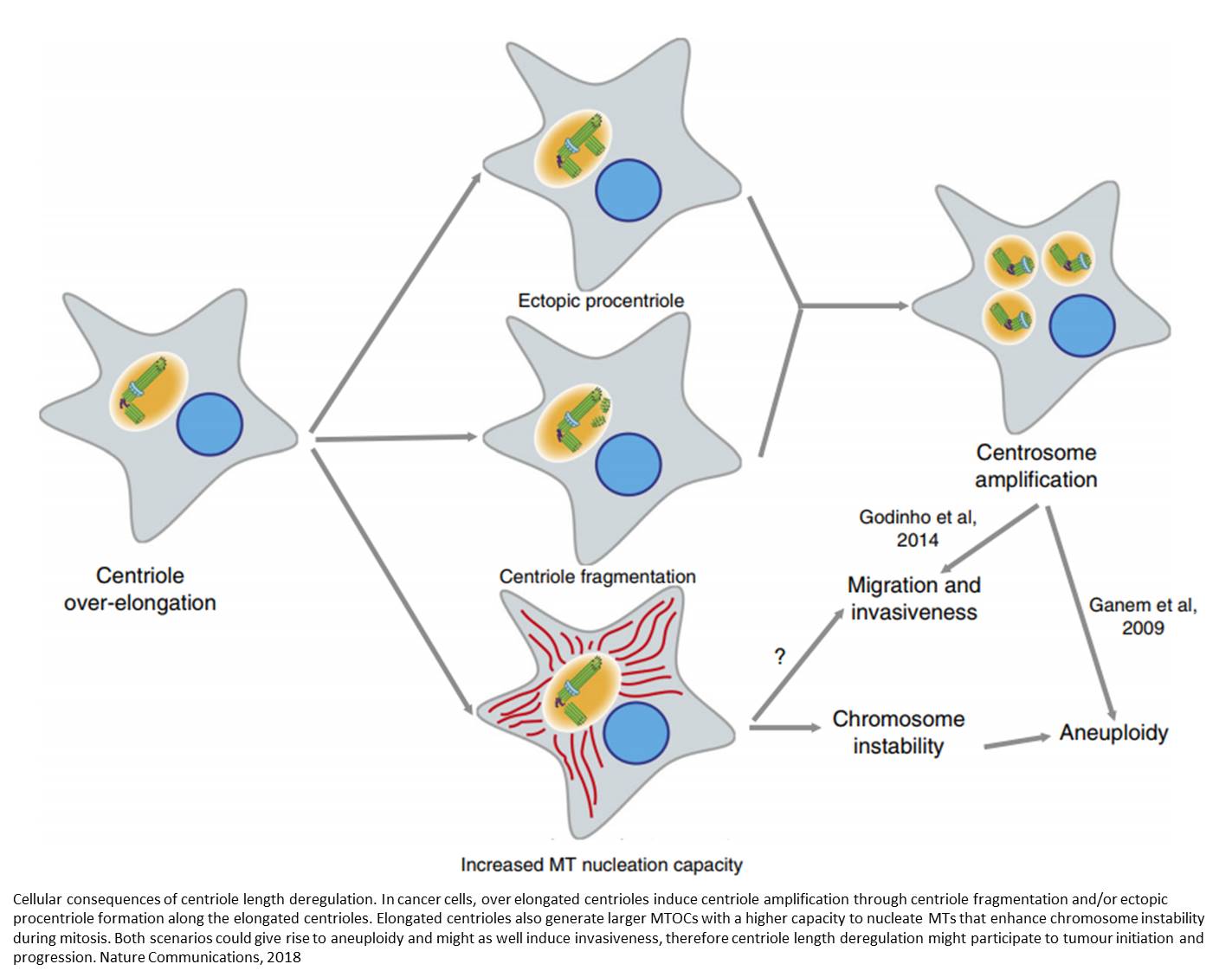 The researchers observed that the number and size of tiny structures that exist inside cells, called centrioles, are increased in the most aggressive sub-types of cancer. This study is published in the journal  Nature Communications.

Cancer is a very diverse disease with some tumors being more aggressive and more resistant to chemotherapy than others. Clinicians are eager to find novel diagnostic, prognostic and treatment tools that allow them to predict outcomes and treat patients in a more personalised way. The study now published may contribute to this process.

About 100 times smaller than the cross section of a hair, centrioles have been called the cell´s "brain", as they play crucial roles in cell multiplication, movement and communication. Their number and size are highly controlled in normal cells. Since their discovery, more than one century ago, it has been proposed that an abnormal increase in the number of these structures may induce cancer.

The team investigated the incidence of centriole abnormalities in human cancer cells. The researchers thoroughly analysed a panel of 60 human cancer lines originated from 9 distinct tissues. Their results reveal that cancer cells often have extra and longer centrioles, which are absent in normal cells. Importantly, the research team observed that supernumerary centrioles are more prevalent in aggressive breast - as the triple negative - and colon cancer. Also, the team discovered that longer centrioles are excessively active, which perturbs cell division and could favor cancer formation.

"Our data confirm that deregulated number and size of centrioles inside cells is associated with malignant features. This finding may help establishing centriole properties as a way of classifying tumors in order to establish prognosis and predict treatment response", says first author of this study.