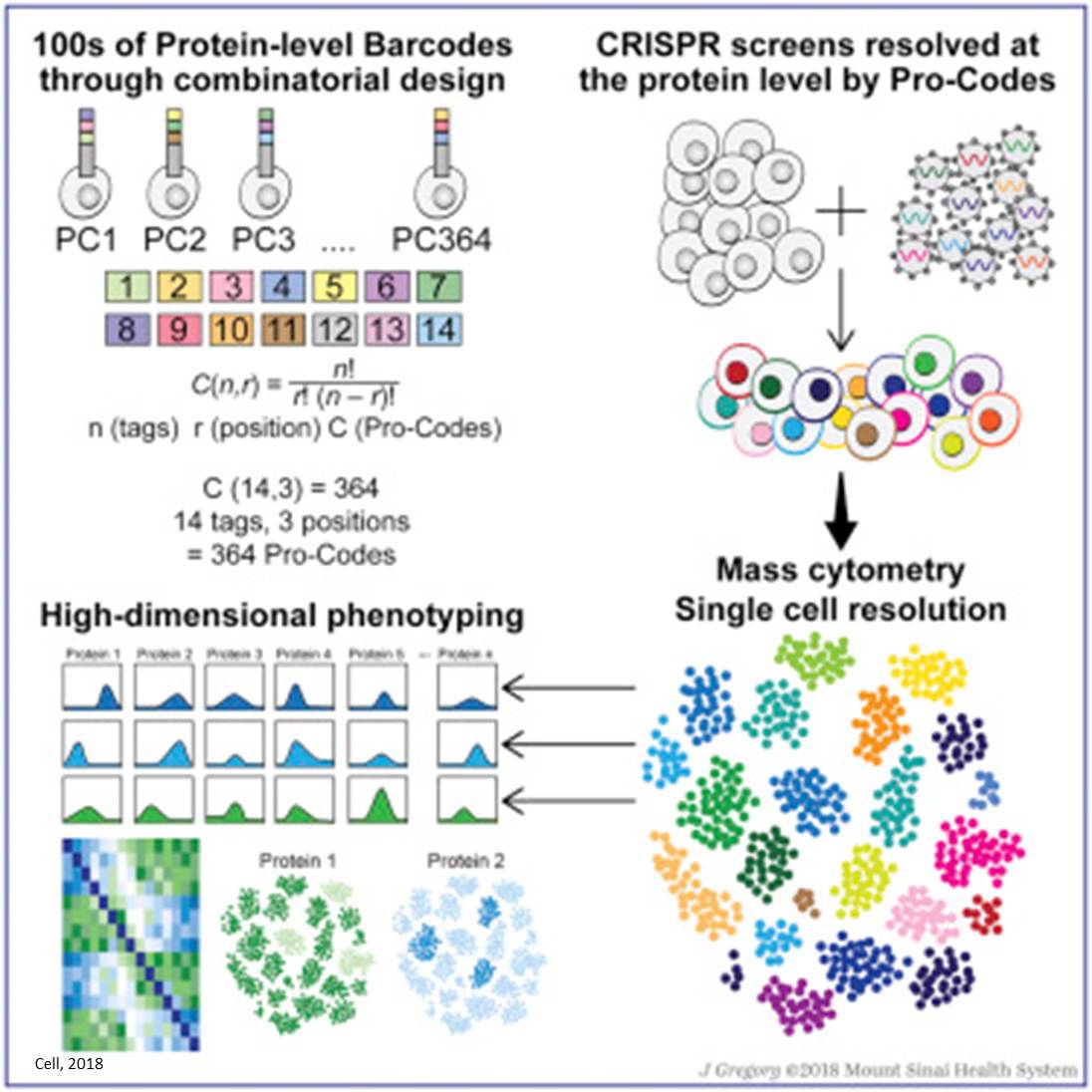 Scientists have developed a novel technology for simultaneously analyzing the functions of hundreds of genes with resolution reaching the single cell level. The technology relies on a barcoding approach using a novel protein described in a paper published in the journal Cell.

Since the sequencing of the first human genome in the early 2000s revealed a set of more than 20,000 protein-coding genes, scientists have not yet been able to characterize the many functions of individual gene. Without that information, our understanding of how the human genome works -- and how to use that knowledge to predict, prevent, treat and even cure disease -- is limited.

A new technology developed by scientists helps address the genomics challenge of analyzing the genome at an unprecedented scale. The research is novel tool to barcode and track different CRISPRs using synthetic proteins called epitopes. The protein barcodes referred to as Pro-codes, enables hundreds of CRISPRs to be used together to knockout a multitude of genes.

While there are existing technologies for pooling CRISPRs, these approaches rely heavily on DNA as a barcode and permit only a low resolution look into gene function. Through the Pro-Code technique, researchers were able to demonstrate a way for scientists to more comprehensively characterize the biological effects of a gene.,

In the study, the researchers used the Pro-Code technology to search for genes required for the immune system to protect from cancer. They generated CRISPRs to target the deletion of suspected immune regulatory genes, and paired them with the Pro-Codes. Pro-Code/CRISPR libraries were then introduced to breast cancer cells, and the tumors were challenged with killer T cells that had been engineered to recognize the cancer cells. Most of the cancer cells were rapidly eliminated by the T cells but there were some cells that completed resisted death. The Pro-Code technology helped determine which genes were lost in the resistant cells some with unrecognized roles in sensitizing cancer cells in the immune system.

"There is still a great deal of work to be done to fully understand the human genome. We still don't know what most genes do and how they are connected," said senior author of the publication. "The Pro-Code technology could greatly accelerate one of the major goals of the post-genome era: annotation of the human genome. This discovery will be key to discover disease-causing genes that could lead to novel drug targets. It's already given us new insights in cancer immunology."