Difference in the regulatory elements might determine the variations in tumorigenesis 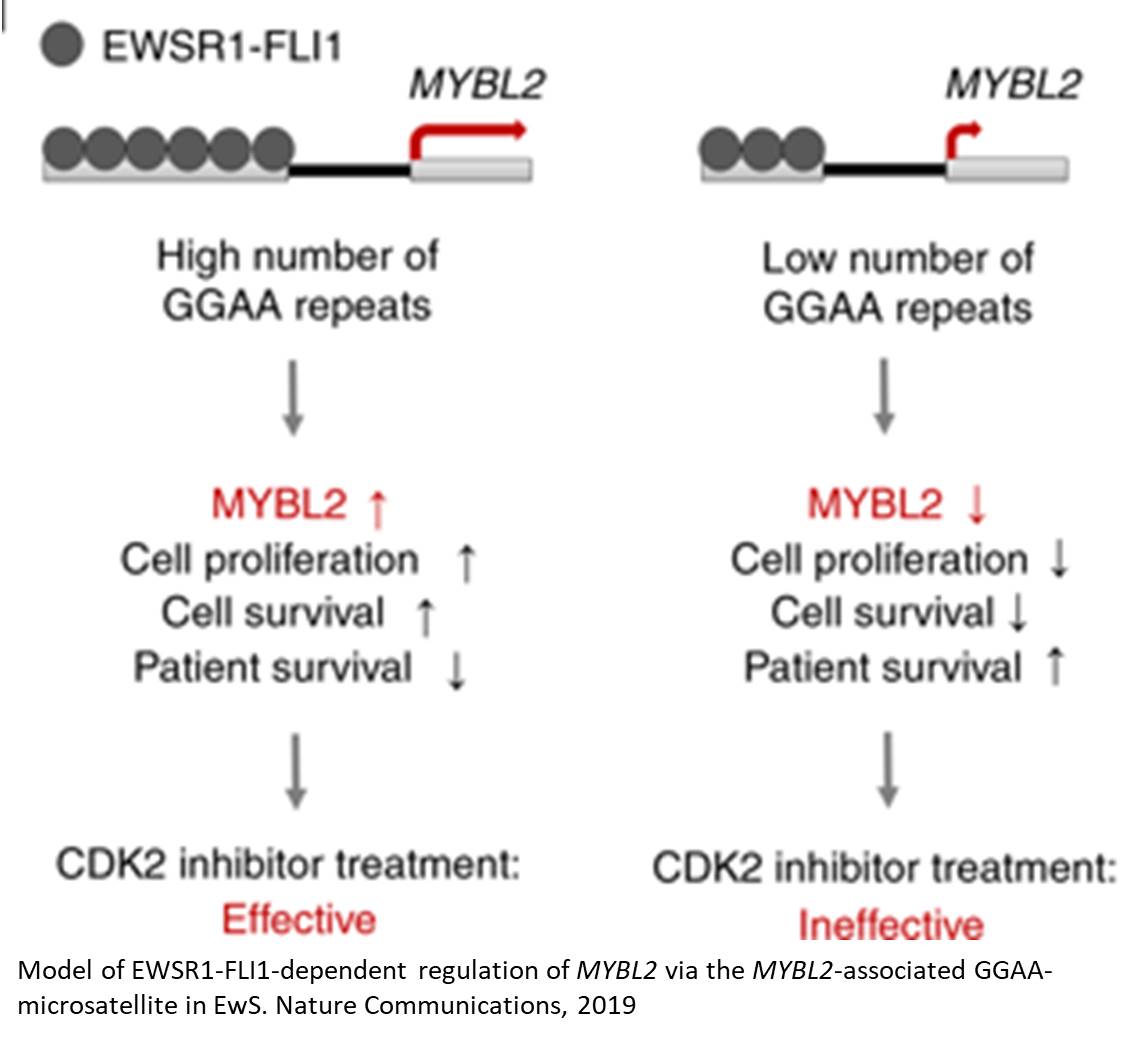 Ewing sarcoma, a malignant bone cancer that is found primarily in children, adolescents and young adults. Most cases of Ewing sarcoma are associated with a single dominant driver mutation which, however, may not be fully sufficient to trigger tumorigenesis.

In a paper published in Nature Genetics in 2015, researchers demonstrated that Ewing sarcoma tumorigenesis is driven by the interplay of an acquired somatic mutation that occurs spontaneously in the tissue concerned and an inherited germline variant that is present in all the patient's cells.

In a new study, which appears in the journal Nature Communications, the team shows how such genetic interplay determines the course of the disease in individual patients. "The clinical course of the disease is very heterogeneous," says the author, "and this variation cannot be attributed to the acquired somatic driver mutation, since this mutation is common to all patients. We therefore took a closer look at the somatic mutation in the context of the individual genome. The acquired mutation occurs in a variety of genetic backgrounds, and it turns out that inherited variations in regulatory elements have a marked effect on how the driver mutation acts in different individuals.

All patients with Ewing sarcoma share the same somatic mutation in the affected tissue, but they differ from one another in terms of the genetic variability they have inherited. The driver mutation results in the fusion of two genes, and leads to the production of a hybrid transcription factor, which binds to, and activates other genes.

Binding of the oncogenic EWSR1-FLI1 fusion transcription factor to a polymorphic enhancer-like DNA element controls expression of the transcription factor MYBL2 mediating these phenotypes. Whole-genome and RNA sequencing reveals that variability at this locus is inherited via the germline and is associated with variable inter-tumoral MYBL2 expression.

High MYBL2 levels sensitize EwS cells for inhibition of its upstream activating kinase CDK2 in vitro and in vivo, suggesting MYBL2 as a putative biomarker for anti-CDK2-therapy. Collectively, the authors establish cooperation of somatic mutations and regulatory germline variants as a major determinant of tumor progression and highlight the importance of integrating the regulatory genome in precision medicine.

"Up to now, personalized cancer therapy has focused mostly on the acquired somatic mutations. Our study shows that the genetic context is a crucial determinant of disease progression, and that it can inform therapeutic decisions," says the lead author of the new paper, explains why this is the case: "Depending on their levels of activation, genes that are regulated by such a genetic interplay can be targeted to different degrees by particular drugs. This interplay can at least in part explain why one and the same drug can effectively inhibit the growth of one patient's tumor, but maybe not that of the patient in the next bed." The team now plans to investigate this phenomenon in greater detail.

The authors also want to explore whether the growth of other tumors is also subject to this sort of dual control. "Our work on Ewing sarcoma is one of the first studies to document the impact of the interplay between germline genetic variations and somatic mutations on the progression of malignant disease in individual patients. We assume that this principle also applies to other types of cancer."