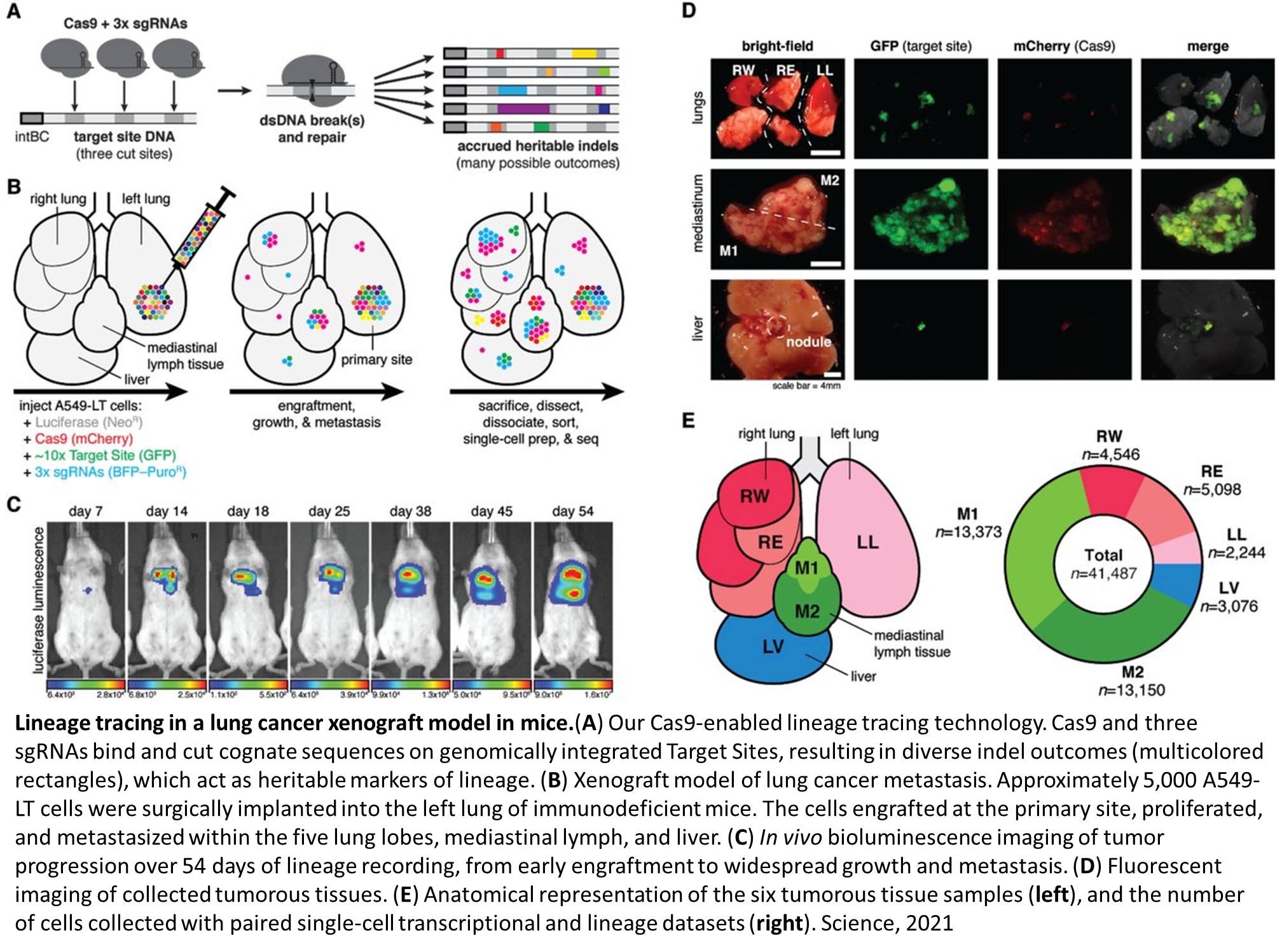 A new method for tracing real-time cancer progression across thousands of cells reveals novel insights into the rates, routes and drivers of cancer metastasis. "Our work establishes that it is now possible to uniquely distinguish tens of thousands of cells over several months of growth in vivo, reconstruct deeply resolved and accurate cell phylogenies and then interpret them to identify rare, transient events in the cells' ancestry revealing otherwise unapparent distinction in cellular phenotypes," write the authors.

Metastasis is a particularly critical step in cancer progression and is predominantly responsible for cancer-related morality. However, because they are rare, transient and randomly determined, monitoring metastatic events in real time remains challenging.

The authors present a novel Cas9-based, single-cell lineage tracing technique, combined with single-cell RNA sequencing, to study the progression of metastasis in a xenograft mouse model of lung cancer.

The approach allowed the authors to generate phylogenies and follow the movement of tens of thousands of metastatic human cancer cells over several months of growth and dissemination.

According to the authors, the new lineage tracing technique could inform many other difficult-to-observe facets of cellular cancer biology, including genetic mutations, microenvironment adaptation and the acquisition of resistance to therapeutic agents.

Human cartilage in joints can regrow!