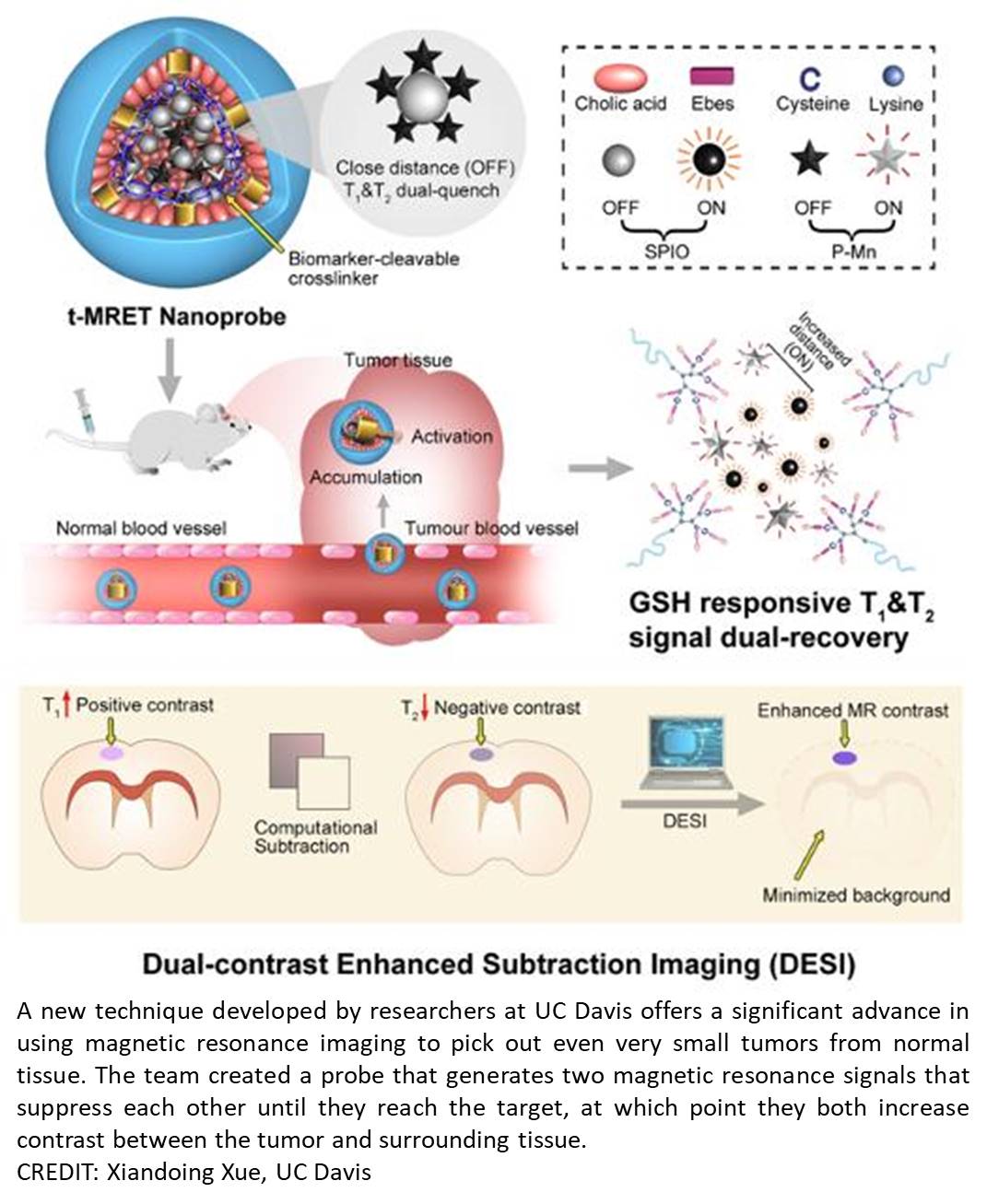 Researchers offer a significant advance in using magnetic resonance imaging to pick out even very small tumors from normal tissue. The work is published in the journal Nature Nanotechnology.

Chemical probes that produce a signal on magnetic resonance imaging (MRI) can be used to target and image tumors. The new research is based on a phenomenon called magnetic resonance tuning that occurs between two nanoscale magnetic elements. One acts to enhance the signal, and the other quenches it. Previous studies have shown that quenching depends on the distance between the magnetic elements. This opens new possibilities for non-invasive and sensitive investigation of a variety of biological processes by MRI.

The team created a probe that generates two magnetic resonance signals that suppress each other until they reach the target, at which point they both increase contrast between the tumor and surrounding tissue. They call this two-way magnetic resonance tuning (TMRET).

The probe developed by the team contains two components: nanoparticles of superparamagnetic iron oxide (SPIO), and pheophorbide a-paramagnetic manganese (P-Mn), packaged together in a lipid envelope. SPIO and P-Mn both give strong, separate signals on MRI, but as long as they are physically close together those signals tend to cancel each other out, or quench. When the particles enter tumor tissue, the fatty envelope breaks down, SPIO and P-Mn separate, and both signals appear..

The researchers tested the method in cultures of brain and prostate cancer cells and in mice. For most MRI probes, the signal from the tumor is up to twice as strong as from normal tissue - a "tumor to normal ratio" of 2 or less. Using the new dual-contrast nanoprobe, the authors could get a tumor-to-normal ratio as high as 10.

The team is interested in translating the research into clinical use, although that will require extensive work including toxicology testing and scaling up production before they could apply for investigational new drug approval.