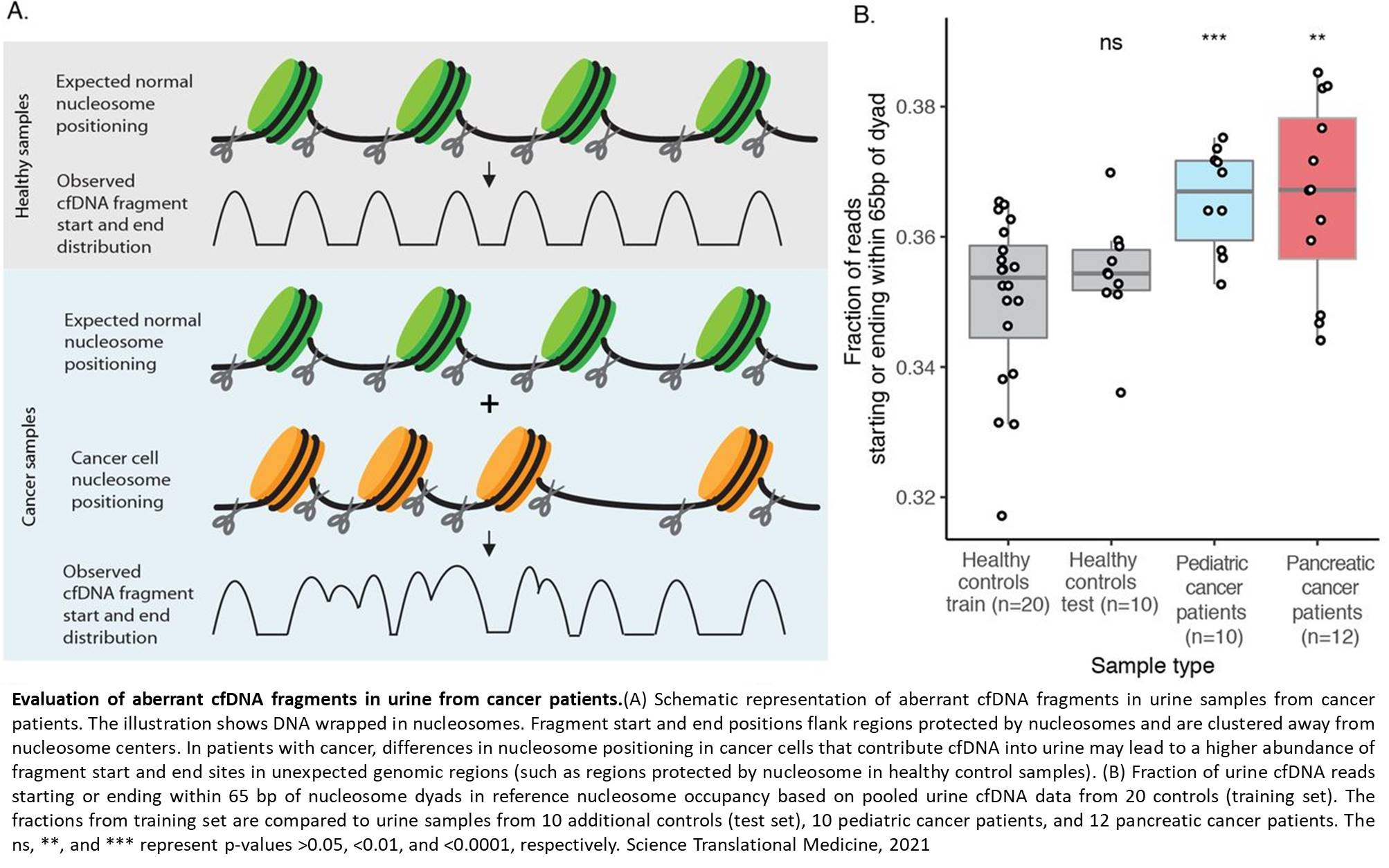 Urinalysis has long been a staple of physical exams to detect and manage a number of diseases and disorders, but not cancer. What if it were that easy, though, and cancer was detected in its very earliest stages when the disease responds more favorably to treatment and improved outcomes are more likely?

That was the question posed by scientists, who have found a way of zeroing in on early-stage cancer by analyzing short strands of cell-free DNA in urine. Their study's findings were published = in the scientific journal Science Translational Medicine.

Previous thought once held that DNA fragments in urine were degraded at random and were too short to provide any meaningful information about a disease as complex as cancer. The researchers found that these DNA fragments are not random at all, and can clearly indicate a difference between healthy individuals and those with cancer.

"There are many steps between where we are now and where we want to go -- detecting cancer from a urine sample -- but without doubt this is an encouraging first step," said the study's senior author.

Collecting a urine sample reduces the physical invasiveness to zero, the author explained, and may eliminate a lab visit, given that the sample could be collected at home and mailed in for analysis.

By studying tissue samples from children with various cancers, whose malignancies often move extraordinarily fast, and adults with pancreatic cancer, whose early detection is critical to their disease outcomes, researchers mapped the DNA fragmentation profiles in their urine.

"We found that certain regions of the genome are protected from fragmentation in urine from healthy individuals, but the same regions are more fragmented in patients with cancer," the senior author

The fragmentation profiles were remarkably similar across multiple individuals; the length of the DNA fragments were similar, the regions of the genome where the fragmentation occurred were consistent, and informed researchers what type of cells contributed the fragments.

Genome-wide nucleosome occupancy and fragment sizes in urine cfDNA are informative of cell of origin and renal epithelial cells are amongst the highest contributors in urine. Compared to a nucleosome occupancy map based on control urine samples, the authors observed a higher fraction of fragments with aberrant ends in cancer patients, distinguishing cancer samples with an area under the curve of 0.89.

."If the study results come to fruition, our urinalysis technology would be a remarkable breakthrough in the detection of many cancers, especially in pancreatic cancer," one of the co-authors said. "If cancer is detected early, it could substantially lower the mortality rate for what is currently the third leading cause of cancer death in the U.S."

While early results are promising, the researchers indicate the need to test their findings in much larger populations of cancer patients and identify differences between men and women, young and old, and those with co-morbidities, such as diabetes and other chronic diseases.