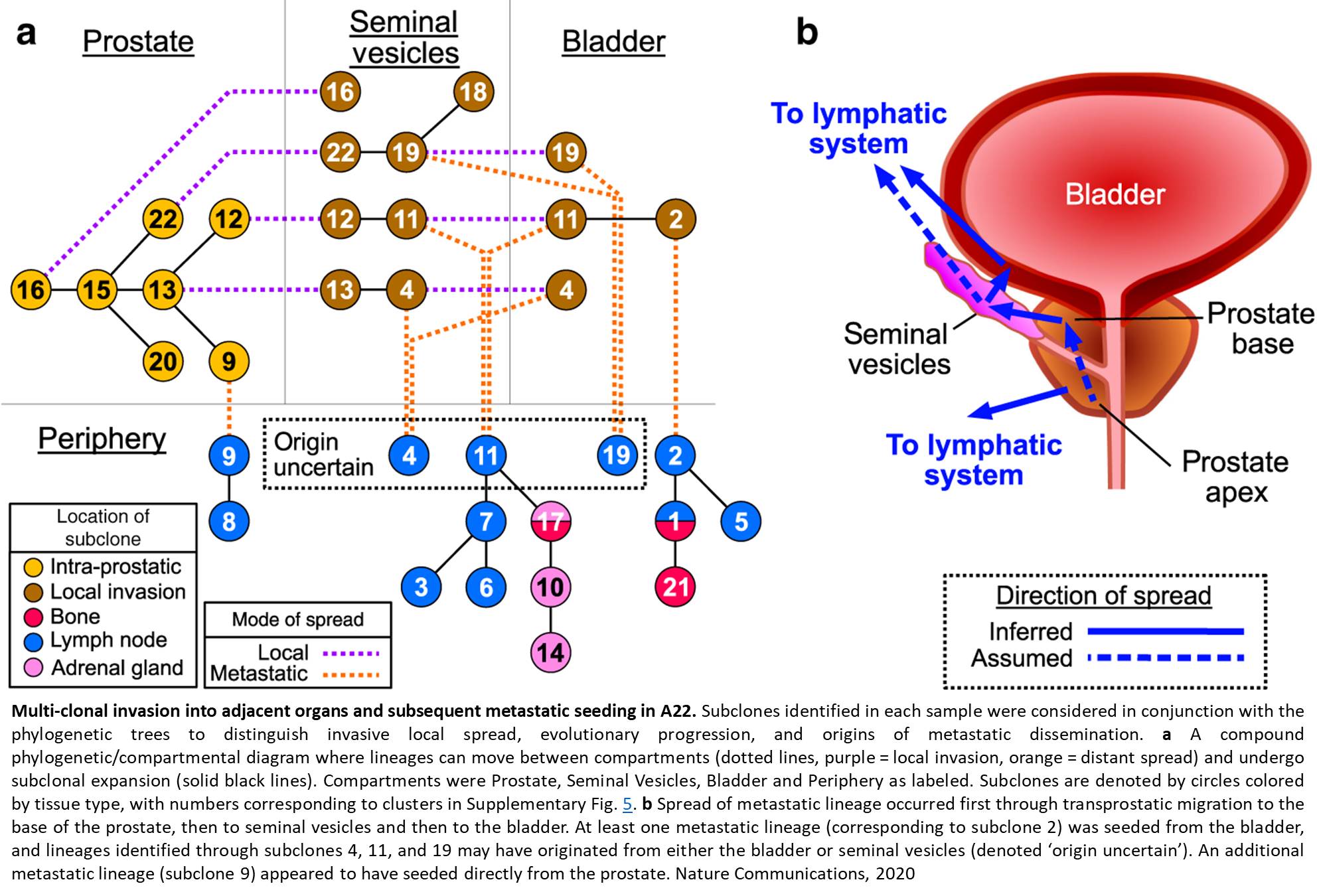 An international research team has discovered a principle that explains the metastasising of prostate cancer. When cancer evolves within the prostate, multiple spatially intermixed cancer cell clones are created that may invade the organs surrounding the prostate. However, only one dominant cell clone spreads systemically in the body and creates metastases. In addition, new subcellular clones are often generated in metastases, which pass on to other metastases.

The researchers also discovered that the routes through which the disease spreads also vary between patients. The genetic drivers occurring in cancer cell clones are likely to distinguish which sub-clones spread to the entire body and which are confined to the prostate within each patient.

The study published in the Nature Communications journal analysed samples from ten men over the course of their prostate cancer from diagnosis to death from metastatic disease.

It was the first to combine the genomic evolutionary analysis of local and metastatic prostate cancer with which of these evolutionary signals can be detected in blood and cerebrospinal fluid, ie in the so-called liquid biopsy.

Among other things, the study discovered that the analysis of circulating DNA in the blood of men with prostate cancer does not always detect metastatic cancer DNA. When cancer DNA is found, the main cancer cell clones connecting the metastases are always detected and subclones - which are present in only a subset of metastatic sites - are variably detected. According to the researchers, using liquid biopsy to monitor metastatic prostate cancer appears warranted even though it is not always a perfect reflection of what is contained in the patient's body. Thus, further research is needed to improve and extend these findings.

"The study showed remarkably that prostate cancer subclones, which have not yet spread and are present only in the prostate, were not detected in the patients' blood. If this proves true in larger studies, it could mean that the presence of circulating tumour DNA itself is diagnostic of metastatic prostate cancer," says the senior author.

"Metastatic prostate cancer can spread to the brain and form subdural metastases. An analysis of the cerebrospinal fluid of men with metastatic prostate cancer should help identify which men have subdural metastases and which subclones are present. This may have therapeutic implications as the subclones may respond differently to therapy," the author adds.

The study is conducted with the tissue and liquid biopsy samples and patient histories of 33 men with metastatic prostate cancer who agreed to donate their bodies for research autopsy at the time of death.