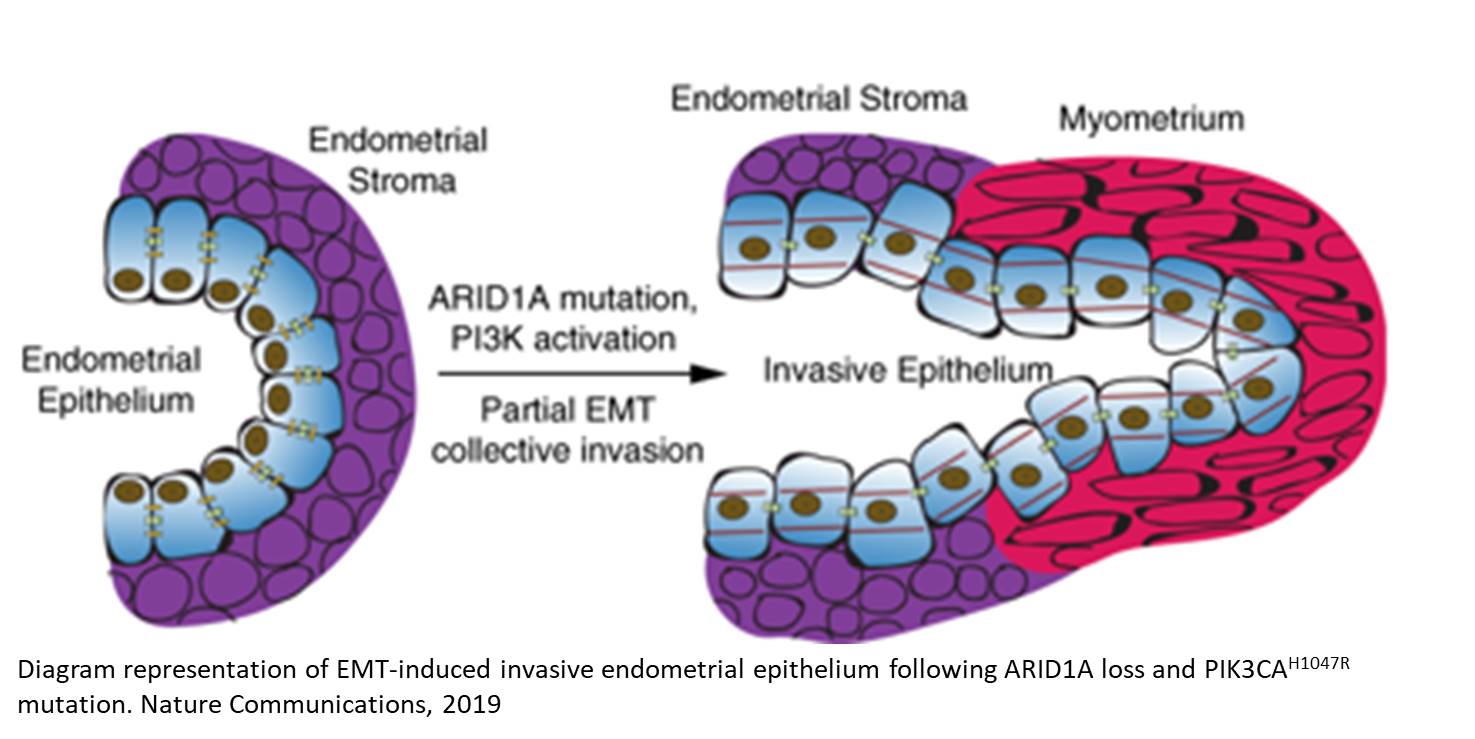 Researchers have identified a combination of two gene mutations that is linked to endometrial cancer.

"More than 63,000 women are likely to be diagnosed with endometrial cancer this year, making it the most commonly identified type of gynecologic cancer," said the study lead.

The research, published in Nature Communications, found that mutations of the ARID1A and PIK3CA genes are frequently found together in the development of endometrial cancer, as well as in endometriosis-associated ovarian cancer. The findings could mean that better, more targeted treatments can be developed to help fight the disease.

ARID1A is a tumor suppressor. When it mutates, chromatin, cellular material that keeps DNA compacted in cells, loses its structure, allowing cancer to spread. PIK3CA is an instructional gene that tells the body to produce certain proteins and leads to uncontrolled growth of cells when it mutates.

Similarly, these same mutations often are found in women who have endometriosis - a painful condition in which uterine tissue grows outside the uterus - but many of those affected never develop endometrial cancer.

"We're trying to understand why some women with the same set of mutations get cancer and some don't," the lead said. "There is something else involved."

Endometrial cancer commonly occurs in women after menopause, suggesting that other factors, such as hormonal changes, environmental exposures or obesity, could combine with the mutations to trigger cancer.

"The hardest part of our job is figuring out what's causing it," the lead said. "Is it something in the environment or it is something else? It's a complex process. These are big questions that we're trying to address."

The team analyzed genetic material with a next-generation sequencer, a machine that rapidly sequences the human genome. This helped the researchers identify which gene mutations were associated with the cancer.