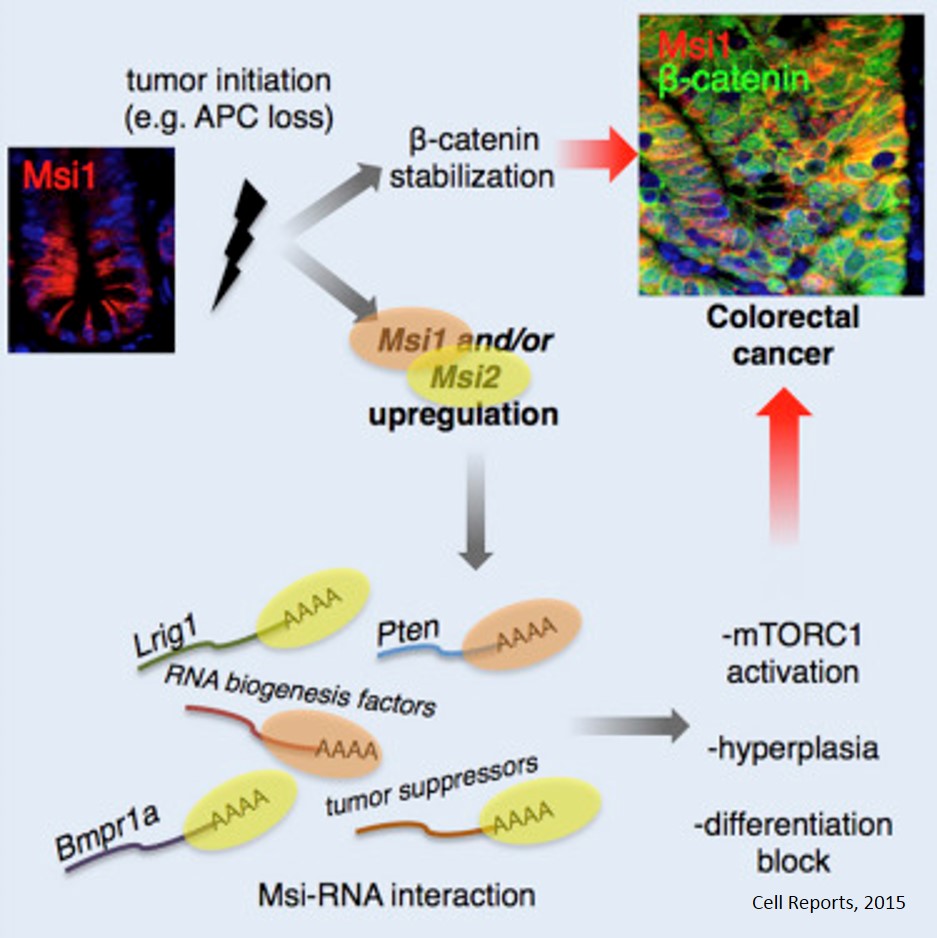 In the journal Cell Reports, researchers describe two related genes in the Musashi family that are required for colon cancer to develop. The new findings suggest that the Musashi genes, MSI1 and MSI2, act in a path parallel to the Wnt pathway and may be equally important for driving colon cancer.  The two genes, which encode RNA-binding proteins, are functionally redundant.

They found that inducing MSI1 turned on a similar set of genes as MSI2 overexpression did, including genes related to RNA processing and translation, necessary processes for manufacturing the required components for cancer's rapid cell growth. The analysis also revealed that activating MSI1 caused a set of genes to be expressed that match the effect of losing the function of APC, a tumor suppressor gene that is inactivated in more than 80 percent of cases of human colon cancer.

As they had done with MSI2, the researchers also conducted an experiment that reveals the RNA transcripts to which MSI1 binds, and they found high levels of similarity to the set of transcripts bound by MSI2. Notably, both proteins bind tumor suppressors, such as Pten, which activates cellular metabolism through a protein complex called mTORC1. Further experiments confirmed MSI1 promoted mTORC1 activity.

To confirm whether both MSI1 and MSI2 are necessary for tumor formation, the researchers inhibited one or the other or both in several human colorectal cancer cell lines. Whereas inhibiting only MSI1 blocked growth of some cell lines but not others, inhibiting both MSI1 and MSI2 together effectively blocked cell growth in all of them.
Adding an inhibitor of Beta-catenin, the downstream mediator of the Wnt pathway, synergized with MSI inhibition to completely block tumor cell growth.

The research team performed a similar experiment in vivo, developing mice that had only one copy of APC, and were thus at a heightened risk of developing colorectal tumors, and could be induced to either lack MSI1, MSI2 or both in their intestinal tissue. While knocking out one or the other MSI proteins didn't affect tumor formation, knocking out both genes markedly reduced the tumors in these mice.

Performing the same experiments in mice that develop an inflammation-induced form of colorectal cancer that more closely resembles the human disease, the team again found Msi loss was completely protective against tumor formation. 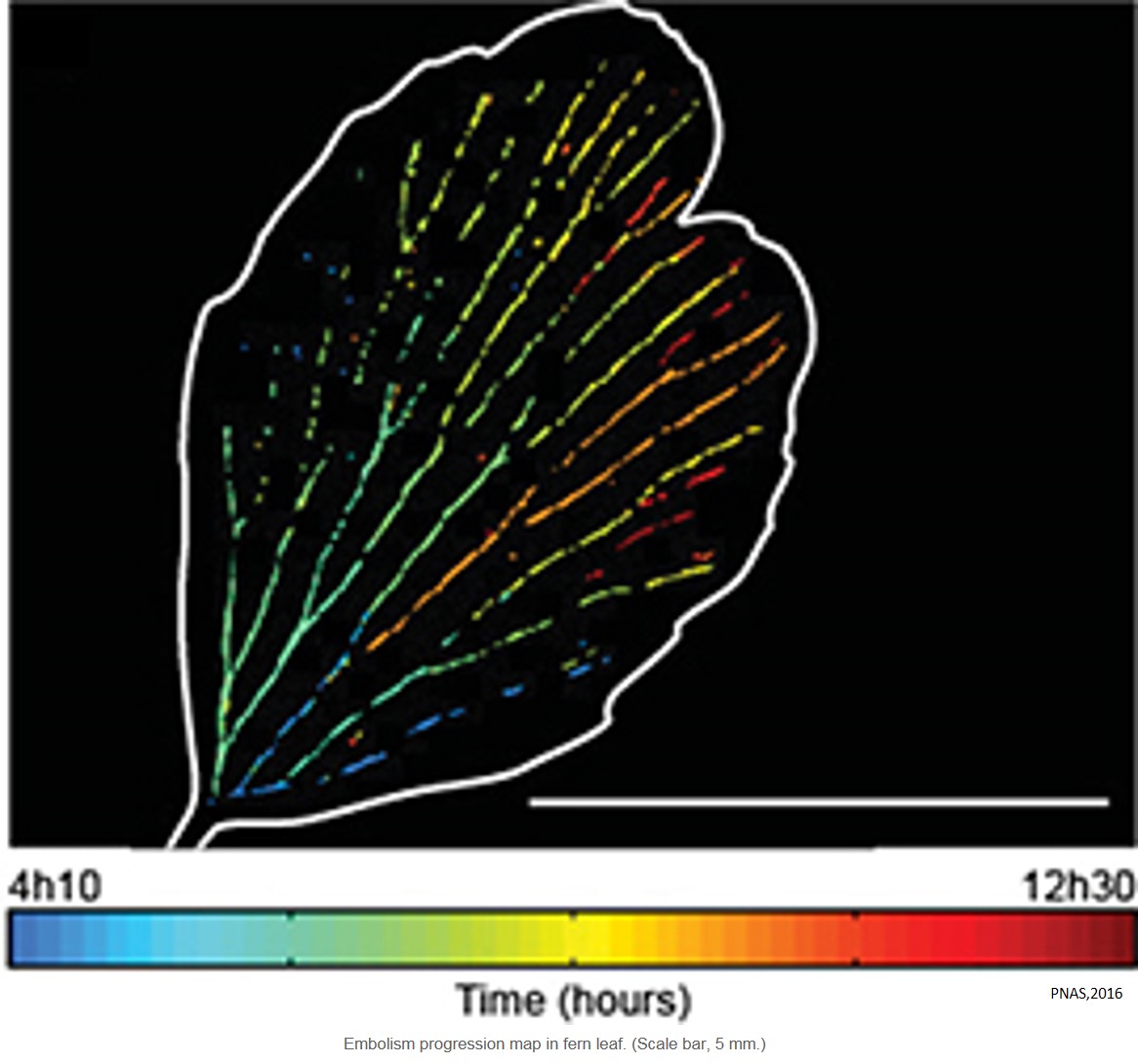