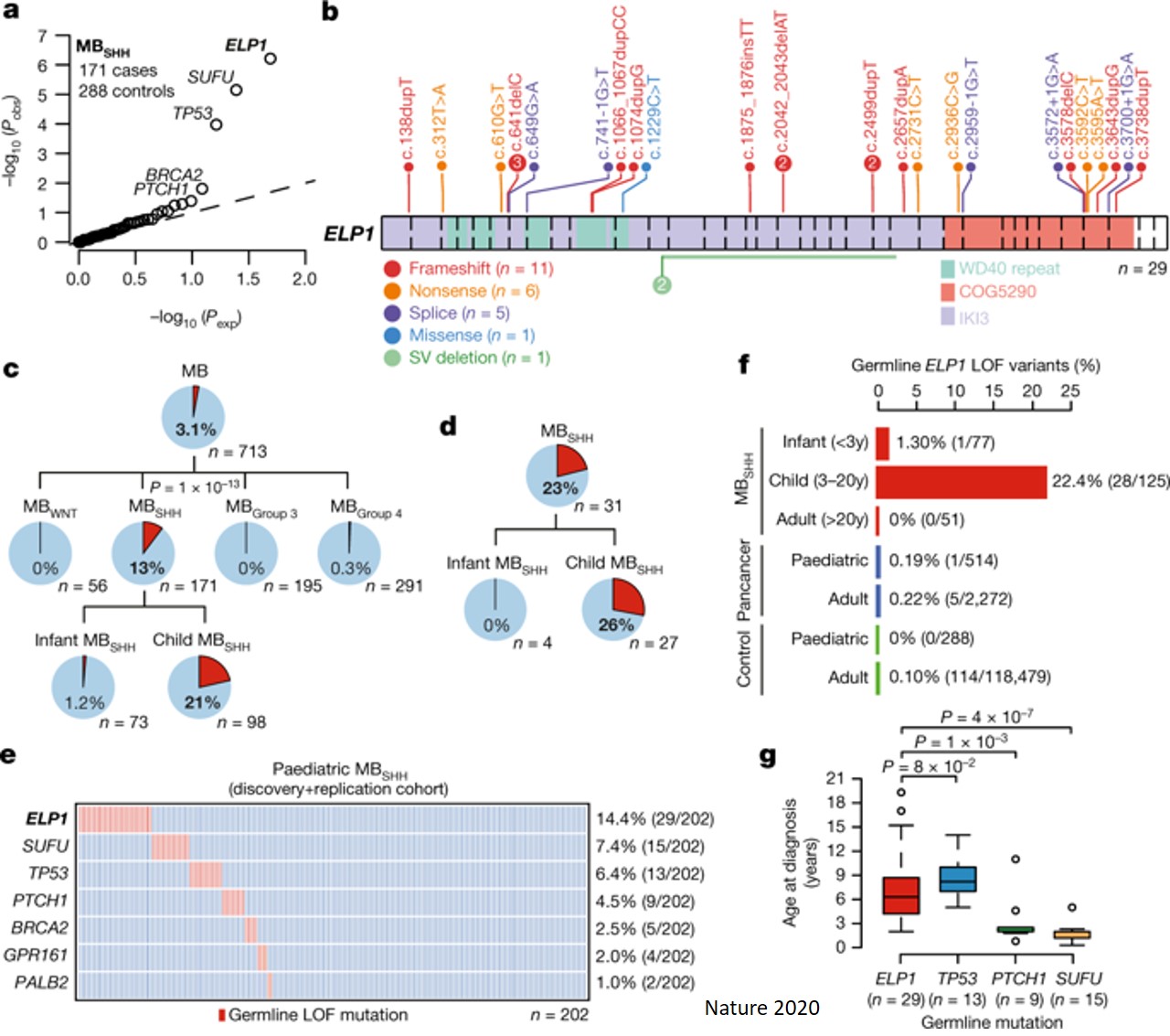 The causes of 40 percent of all cases of certain medulloblastoma - dangerous brain tumors affecting children - are hereditary. A genetic defect that occurs in 15 percent of these children plays a key role by destabilizing the production and breakdown of proteins. The researchers suspect that protein metabolism defects could be a previously underestimated cause of other types of cancer.

Medulloblastoma are among the most common malignant brain tumors affecting children. They spread from the cerebellum to the surrounding tissue and can also spread to other parts of the central nervous system via the cerebrospinal fluid. Because these tumors grow rapidly, physicians do not have much time to find a suitable treatment.

The researchers conducted the most comprehensive medulloblastoma-related genetic investigation to date. They analyzed the genome and tumor genome of 800 children, young people and adults with medulloblastoma and compared the genetic data with data from healthy individuals. In doing so, they came across a particularly striking hereditary difference in children and young people with brain tumors in the Sonic Hedgehog medulloblastoma subgroup.

The latest findings show that, without ELP1, much of the protein metabolism is disturbed: "The assembly and folding of larger proteins in particular does not function properly any more, and the accumulation of these non-functioning or malfunctioning proteins places the cells under permanent stress," says the senior author. "Hundreds of proteins are misregulated in this way, including proteins that are important for nerve cell development."

By analyzing the genome of some parents and grandparents, the researchers also established that the cancer-activating ELP1 genetic defect is hereditary. "That makes this the most common congenital genetic defect associated with medulloblastoma to date", says a co-author of the study. The lead author adds: "The latest results show that around 40 percent of children and young people who suffer from this subtype of medulloblastoma have a congenital genetic predisposition for it. That is a much higher proportion than we had assumed."

Identifying hereditary causes of cancer in advance can help to make the right therapeutic decision and reduce the risk of relapse in children. "For example, in the case of a hereditary predisposition for DNA breaks, certain chemotherapies or radiotherapy can lead to secondary tumors. In such cases, the first disease should not be treated too aggressively," says the lead. A protein involved in neurotransmission and memory formation identified!

What is it that shapes our microbiome - Genetics or lifestyle?

What happens in the brain during unconsciousness?