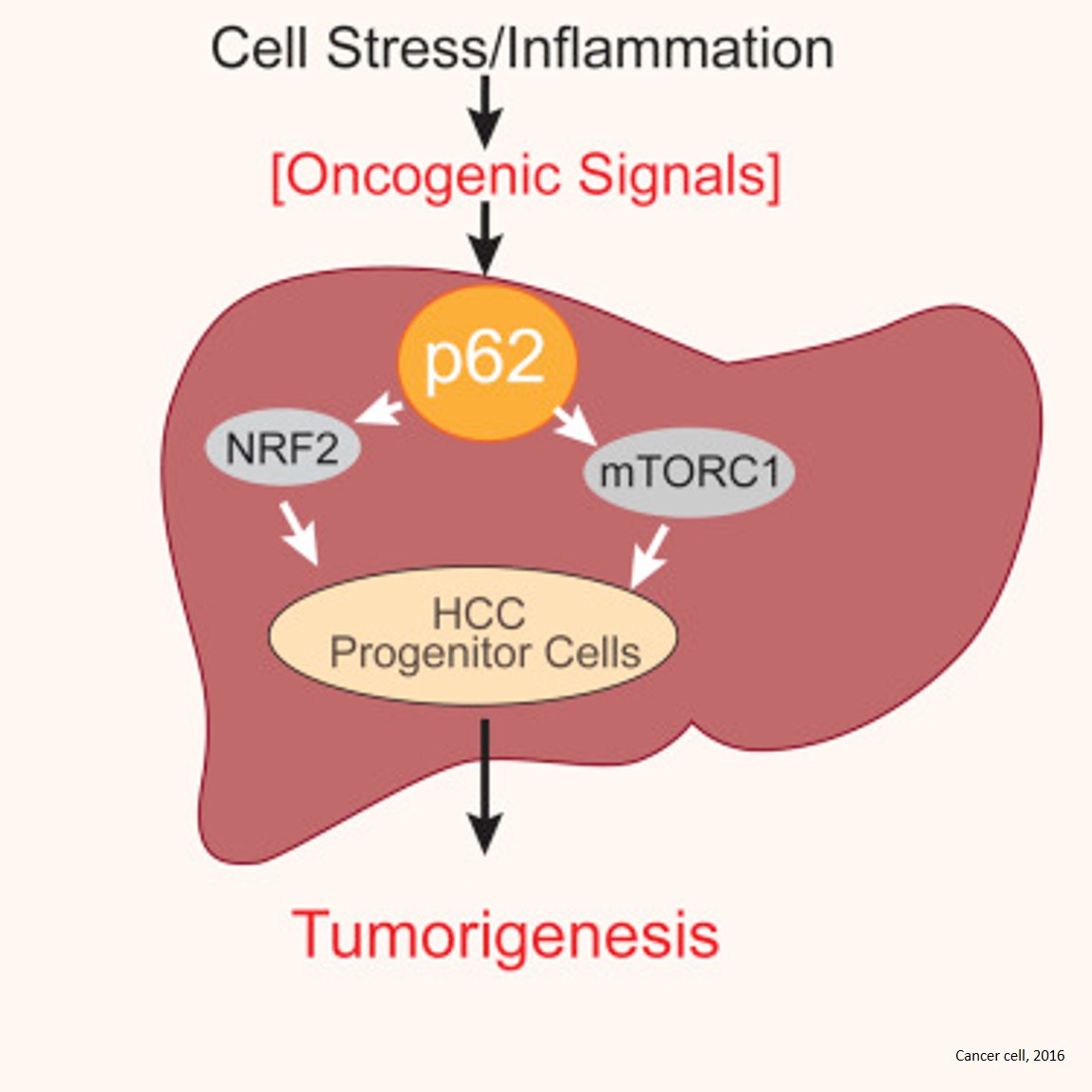 Researchers have discovered that high levels of the protein p62 in human liver samples are strongly associated with cancer recurrence and reduced patient survival. In mice, they also found that p62 is required for liver cancer to form.

The study, published in Cancer Cell, suggests p62 could be used as a prognostic marker and potential therapeutic target for liver cancer.

Protein p62 normally acts as the cell's trash collector, delivering specially tagged proteins to the cell's degradation machinery. P62 also acts as a communication hub -- it binds many different proteins to regulate important cellular functions like growth and survival. Amounts of p62 are known to be elevated in many different cancers, including liver, and in pre-cancerous liver diseases.

In this study, the team looked at non-cancerous liver samples collected from people who had undergone previous treatment to completely destroy their liver cancers. They graded the livers from 0 to 3 based on the average number of p62-positive aggregates detected. Seventy-nine of 121 specimens were p62 positive. Using the medical records corresponding to each liver sample, the team also noted the number of years each patient survived disease-free.

The researchers found that people with high-grade p62 were significantly more likely to see their cancer return and less likely to survive cancer-free than people with low or no p62. They found the same correlation when they looked at the link between the p62 gene and survival outcomes for an additional 450 liver cancer patients whose genomic data and clinical records are available in national research databases.

Work in mice led the researchers to attribute protein p62's pro-cancer effect to its ability to activate other proteins (NRF2, mTORC1 and c-Myc) and genes that help stressed cells survive. This extended lifespan allows liver cells to accumulate cancer-causing mutations and ultimately form malignant tumors. The researchers found that p62 alone was enough to induce liver cancer in several mouse models of the disease. Liver tumors couldn't form without the protein.

The specific type of liver cancer analyzed in this study was hepatocellular carcinoma, the most common form of adult liver cancer. While years of further testing are necessary before doctors might be able to use p62 information to make treatment decisions, new liver cancer detection and prevention methods are sorely needed. Liver cancer doesn't usually cause symptoms until later stages, contributing to its low survival rate.

According to the American Cancer Society, just 17 percent of patients with all types of liver and bile duct cancer survive five years cancer-free.