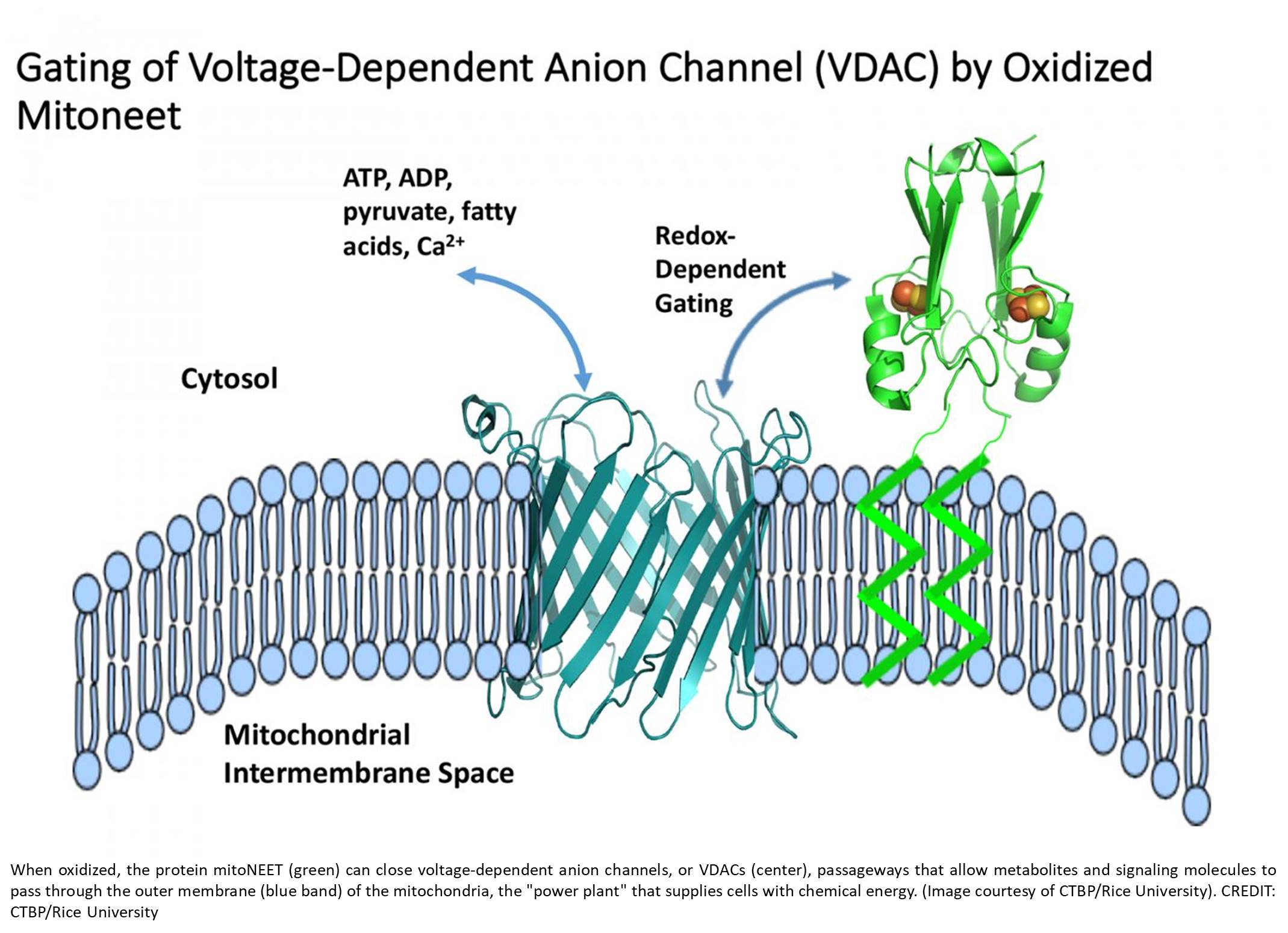 In a study published in the Proceedings of the National Academy of Sciences, an international team of researchers describe how a cancer-linked version of the protein mitoNEET can close the primary gateways in the outer surface of mitochondria, the "power plants" that supply cells with chemical energy. These gateways, or "voltage-dependent anion channels" (VDACs), normally open and close to allow the passage of metabolites and other small molecules between mitochondria and the rest of the cell.

"The VDAC channel transports all types of metabolites between the cytosol and the mitochondria," said study co-author. "Dysfunction of this channel is involved in many diseases including cancer and fatty liver disease."

In the study, they detailed how mitoNEET regulates VDAC, and showed that the high-affinity interaction between the two proteins could be disrupted by a drug that targets VDAC.

"In its naturally occurring reduced state in healthy cells, mitoNEET has no measurable affinity for VDAC," said the project lead. "This indicates that the mechanism of interaction is redox-dependent and that targeting of the highly important VDAC complex in diseased states can be fine-tuned."

MitoNEET, a known player in cancer as well as diabetes, aging and Parkinson's disease, is a member of the NEET family of proteins, which transport clusters of iron and sulfur molecules inside cells. These clusters help regulate cells by controlling reduction-oxidation, or redox processes, and metabolism.

MitoNEET naturally adheres to the outer surface of the mitochondria, and the researchers said the direct connection of mitoNEET to VDAC, one of the most abundant proteins in the mitochondrial outer membrane, is significant.

Co-author said, "The discovery that mitoNEET directly gates VDAC, the major porin of mitochondria, as well as the accompanying structural analysis and predictions for this interaction, affords a new platform for investigations of methods to induce cancer cells to commit cell suicide, or apoptosis/ferroptosis, in a cancer-specific, regulated process."

A defining characteristic of cancer progression is altered cellular metabolism. Study co-author said the work suggests it may be possible to regulate the metabolic and functional interactions of VDAC with a drug or drugs that could be useful against several kinds of cancer.

"The junction of iron and redox is key to the control of many different cellular processes involved in many human pathologies," another co-author said. "Identifying a master point of regulation for these processes that is mediated by the mitoNEET-VDAC interaction is a major step forward in our understanding of these processes."