How a sleeping cancer awakens and metastasizes 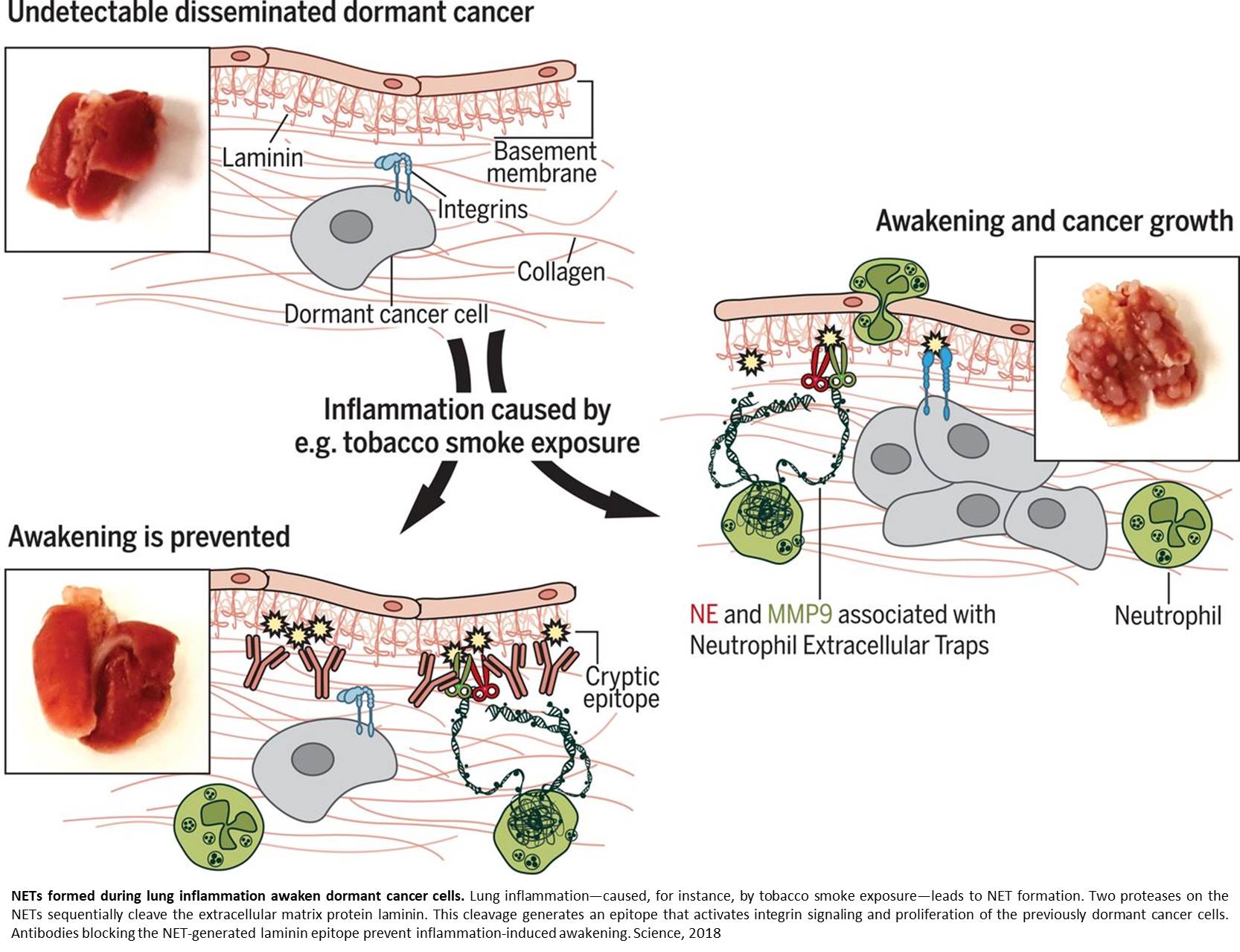 Even after successful cancer treatment, dormant, non-dividing cancer cells that previously detached from the original tumor may still exist elsewhere in the body. If awakened, these cells can proliferate and grow into metastatic tumors. A team studying metastasis to the lungs has now identified signals accompanying inflammation that can awaken dormant cancer cells.

Whether inflammation can directly cause cancer recurrence, and if so how, has not been clear. In their new research, the team demonstrates that sustained lung inflammation, including that caused by tobacco smoke exposure, can cause dormant breast and prostate cancer cells that have traveled to the lungs to awaken and begin to divide. These cells can now form a metastasis in the lungs. Metastasis accounts for the bulk of lethality from most common cancers.

Researchers also demonstrate a way of blocking the signaling that awakened the dormant cancer cells, a concept that could prevent cancer recurrence or lessen its frequency. The team showed that sustained lung inflammation, caused either by exposing mice to tobacco smoke or to a component of bacteria known as endotoxin, induced common white blood cells called neutrophils to awaken nearby dormant cancer cells in an extraordinary way.

Neutrophils, which we normally rely upon to kill invaders like bacteria and yeast, have several ways of vanquishing their prey. One is to expel their DNA into the space beyond the cell membrane. Laced with toxic enzymes, this expelled DNA forms a gauzy, net-like trap (called neutrophil extracellular traps, or NETs) that can kill a pathogen.

The new research shows that sustained lung inflammation causes the formation of NETs in the area around dormant cancer cells. Two enzymes in the NETs, called NE (neutrophil elastase) and MMP9 (matrix metalloproteinase 9), interact with a protein in tissue called laminin. In sequence, first NE then MMP9 make cuts in laminin proteins. This changes the protein's shape, exposing a new surface, called an epitope.

The team created an antibody to block the epitope exposed on the laminin proteins. In mice, this prevented the reawakening of dormant cancer cells nearby. Work has begun to optimize the antibody and compare it with other approaches to interfere with NETs, with the hope of eventually conducting trials in people.