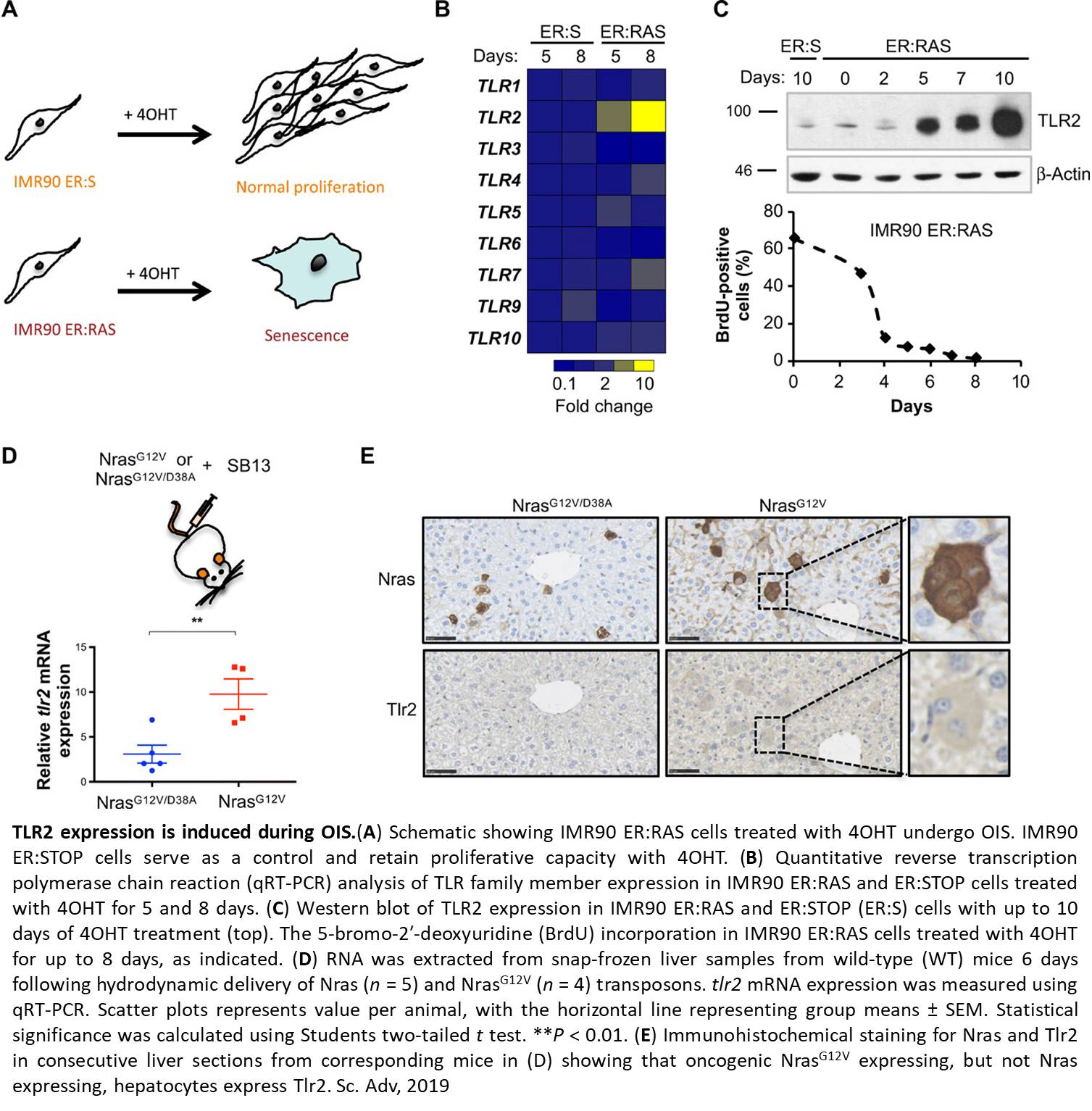 Fresh insights into how cells alert the body when they are in danger of becoming cancerous could open new doors in the search for therapies.

Scientists have discovered that regular cells can take on characteristics of immune cells, which can send warning signs when they are stressed or in danger. The mechanism is part of the body's system for removing older cells, a natural part of the ageing process, known as senescence.

Researchers say the system may also help the body detect cancer cells sooner, so that they can be removed before tumors form.

Senescence stops cells from dividing and prevents damaged cells from continuing to grow. The process is prompted by stress to the cell. It is also triggered when genes that have the potential to cause cancer - called oncogenes - become active.

Researchers found that key immune molecules inside cells, called TLR2 and TLR10, detect when oncogenes are switched on. This initiates a cascade of chemical signals that cause inflammation and trigger immune cells to remove the damaged cell.

TLR2 promotes cell cycle arrest by regulating the tumor suppressors p53-p21CIP1, p16INK4a, and p15INK4b and regulates the SASP through the induction of the acute-phase serum amyloids A1 and A2 (A-SAAs) that, in turn, function as the damage-associated molecular patterns (DAMPs) signaling through TLR2 in OIS (oncogene induced senescence). The authors akso found evidence that the cGAS-STING cytosolic DNA sensing pathway primes TLR2 and A-SAAs expression in OIS.

TLR2 and TLR10 were known to be important for detecting infections such as bacteria and viruses, but this is the first time they have been found to play a key role in ordinary cell ageing. The study was published in Science Advances.

"This is a really hot area for research, as senescence has the potential to stop cancer development in the earliest stages. These findings show for the first time that damaged cancer-causing cells use TLR2/10 signalling to become inflamed, presenting potential drug targets that could help the body clear senescent cells before they cause harm," the author said.