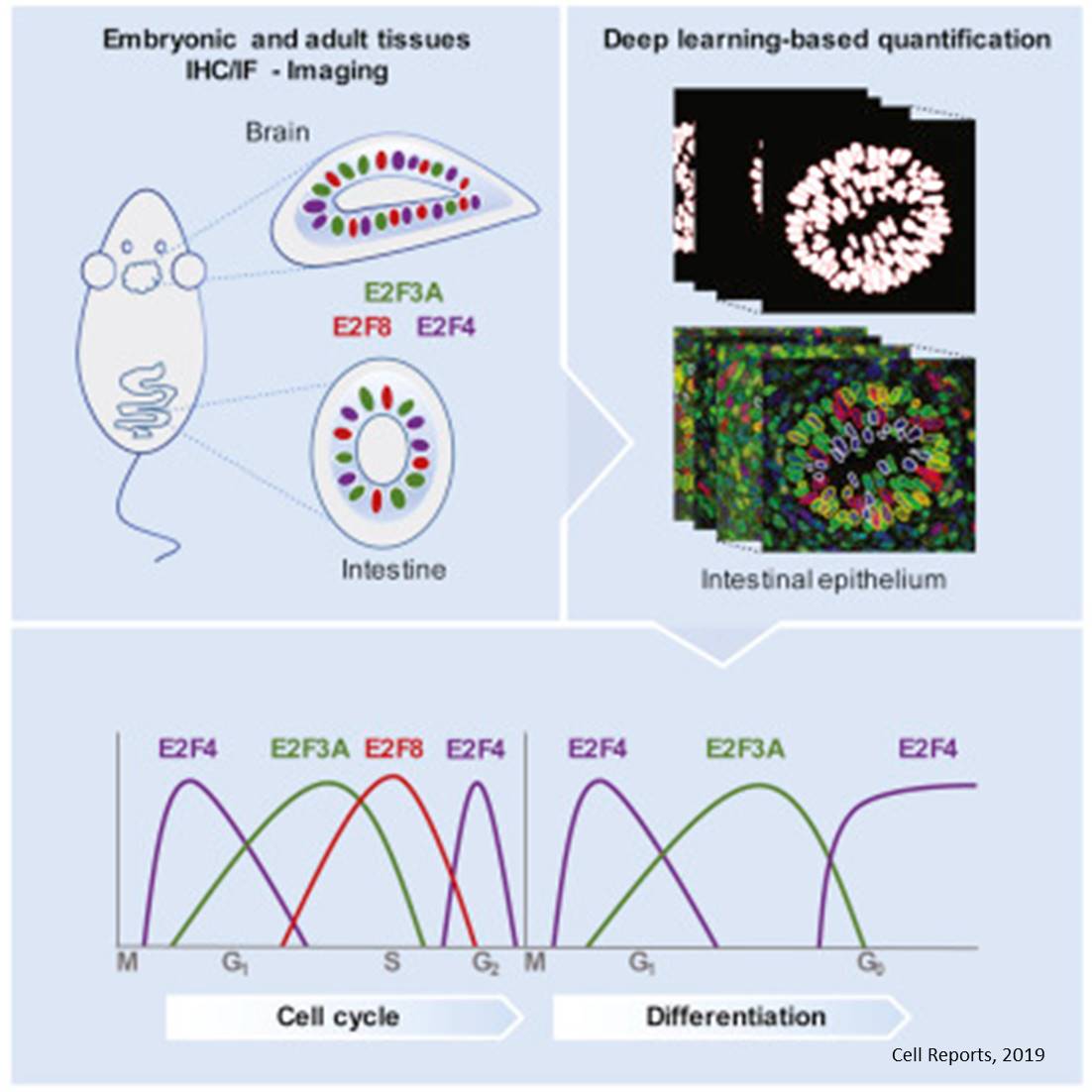 Combining tissue imaging and artificial intelligence, researchers probed deeper into how cell division cycles are regulated, in this study released in Cell Reports.

Addressing a long unanswered question of how cell division is controlled during development and normal maintenance in multicellular organisms, the authors used animal models and applied deep learning tools to measure protein levels and expose cellular mechanisms that previously could only be estimated by cell culture systems. The findings begin to identify the possible early events associated with uncontrolled cell division, a key step in the early progression to cancer.

Past research revealed which molecules direct cells to divide or not divide, but this left many scientific gaps. Since bodies are made up of many different types of cells that come together to form complex organs, studying the whole body at once can be very complicated, but also can be very exciting and revealing, says corresponding author on the study.

Previous studies that looked at individual cells in in vitro cell culture systems provided basic answers to the biology going on inside the cell but missed the interactions that occur when all of the cells are working together to form organs. The team's findings confirmed at least 80% of the previous knowledge derived from cell culture systems and addressed new important questions that needed to be answered.

"Not knowing when and where "on and off" switches for cell division are expressed is like having paint with no canvas. Now we have the canvas, and thus the cellular context, for how these proteins behave within cells in the body," the senior author says.

The five-year project probed "when" and "where" a critical family of transcription factor proteins (E2F family) is expressed in mammalian cells. Mammals have at least nine different E2F transcription factors that have either activation (on) or repressive (off) functions. All units within cells must work properly to make a functioning organ. "Our DNA provides the code to make the multiple proteins, which are the functional units of our cells. Transcription is the first biological process that makes proteins from DNA, and transcription factors are the on and off switches for this process," the senior author explains.

Cancer is one of the most common diseases that occurs when cells multiply in an uncontrolled manner. Understanding the on and off switches, the transcriptions factors, is essential to understand disease processes like cancer.

Instead of studying cell division regulation in cultured cells (or in vitro), the researchers used a whole-organism approach. Two major discoveries were made in this study. The most surprising discovery during this work was that the same E2F family of proteins are organized into two modules that work similarly in all cell types and organs in our bodies. "So it appears that a universal mechanism has evolved to control cell divisions, regardless of the diversity of cell types existing in our bodies," the senior author says.

The second discovery was the development of tools that allow this level of precision in the analysis of proteins in complex tissues. The lab harnessed the power of artificial intelligence to quantify transcription factors across numerous cells in mouse tissues. While deep learning-based tools have been used for medical imaging before, it was not advanced enough to recognize individual cells in microscopic images within tissues/organs. The technology used by the lab is similar to how self-driving cars recognize objects on the street and allowed the identification of individual cells.

Often the exact clinical relevance of a particular biological discovery is not clear for decades. Currently other papers and emerging data from this group show hints of the role of E2F in cancer. The laboratory uncovered that three transcription factors (E2F3A, E2F8, E2F4) work together to control cell division, while two others combine to stop cell division. Authors found that post-transcriptional mechanisms universally coordinate 9E2F3A-4) the nuclear accumulation of E2F activators (E2F3A) and canonical (E2F4) and atypical (E2F8) repressors during the cell cycle in vivo. These findings provide the strong foundation for further studies to understand these complex mechanisms.

The study prompts important questions for future research, says the senior author. Using advanced technology, "we uncovered when and where the on and off switch modules for cell division are expressed in intact organisms". However, we do not know why there are multiple on and off switches, and whether these switches have redundant roles."