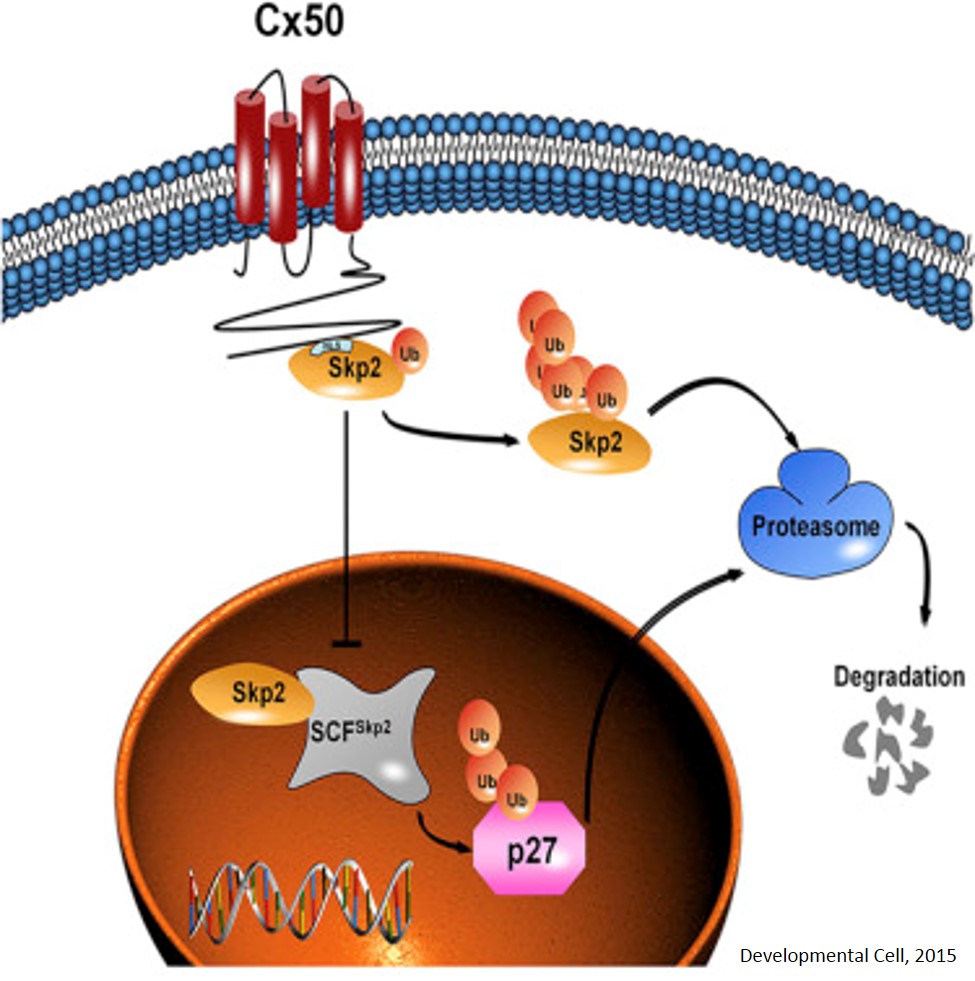 Cx50 directly interacted with and retained Skp2 in the cytosol by masking the nuclear targeting domain of Skp2, and this effect was supported by an increased nuclear localization of Skp2, disruption of Skp2 interaction with importin-7, and decreased levels of p27/p57 in mouse lenses lacking Cx50.

As a result, Cx50 increased auto-ubiquitination and subsequent degradation of Skp2. A mutation (V362E) on the C terminus of Cx50 disrupted the interaction between Cx50 and Skp2 and completely abolished such effects.

Therefore, this study identifies a role for connexins in regulating cell-cycle modulators and, consequently, cell growth and differentiation.

How three-dimensional organization of the genome regulates muscle formation