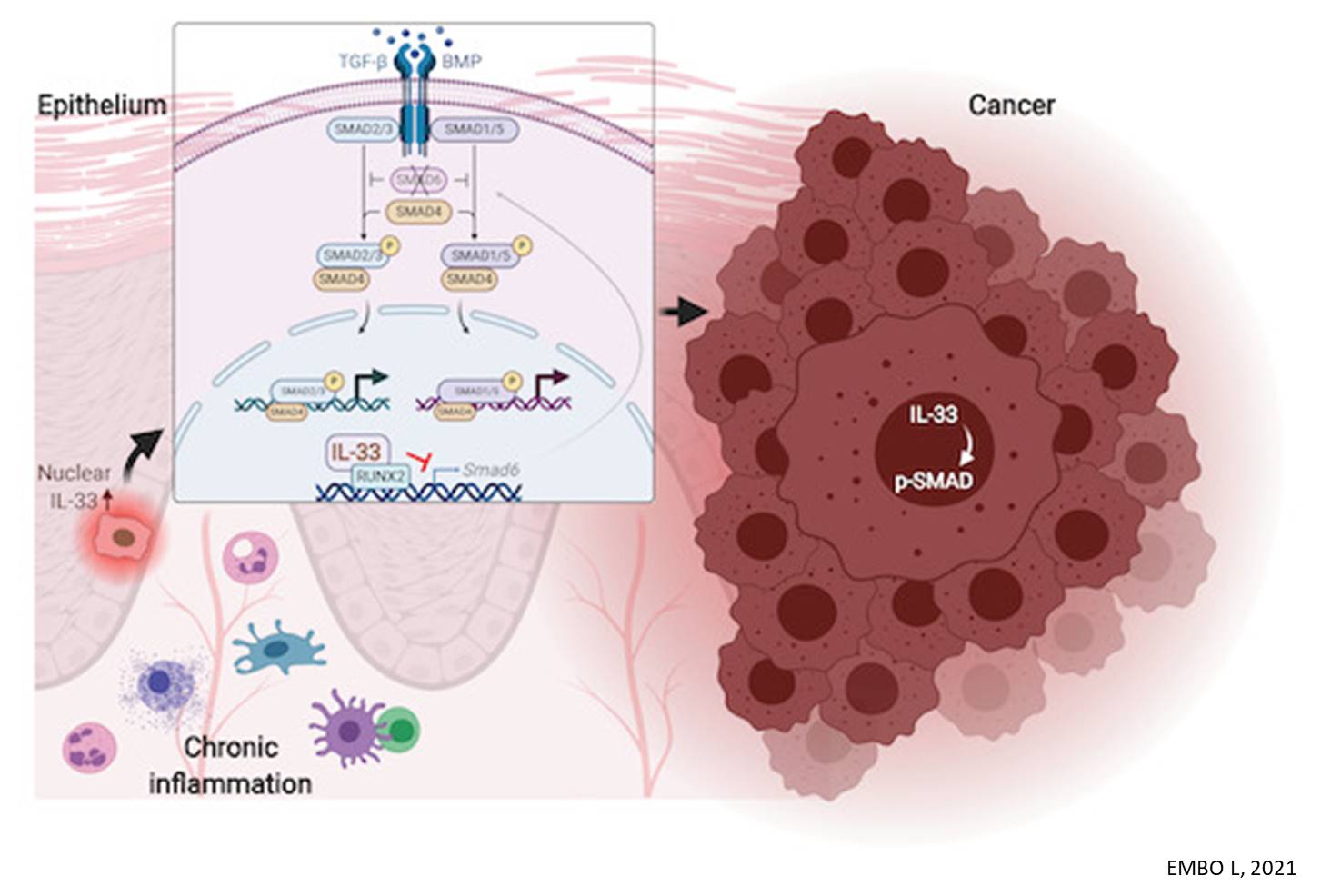 Chronic inflammation drives the development of various cancers, including those of the skin, colon and pancreas. Investigators who previously demonstrated high expression levels of an immune molecule called interleukin-33 (IL-33) during cancer-promoting inflammation have now uncovered the details behind the molecule's effects. The research, which is published in The EMBO Journal, could lead to new strategies to prevent certain cancers.

When epithelial cells that line the surfaces of the body are stressed or injured, they release IL-33 to alarm the immune system, leading to a robust inflammatory response. In addition to being secreted from cells, IL-33 also acts within a cell's nucleus, where it may affect the expression of genes. A research team conducted experiments in epithelial cells of the skin and pancreas, as well as in mice, to determine whether IL-33's actions in the nucleus may contribute to cancer.

The researchers found that activating nuclear IL-33 in chronic inflammatory conditions of the skin and pancreas modifies a signaling pathway (called SMAD) within cells to stimulate abnormal cell growth and division, ultimately resulting in cancer. Therefore, inhibiting the expression and/or function of IL-33 within the nucleus of cancer-prone cells may help prevent cancers associated with inflammation.

"Our research has led to the discovery of a new mechanism by which immune factors can cause cancer development, and our findings point to a novel target for cancer prevention in chronic inflammation," says the senior author.